For some, hitting the gym to get into better shape is a regular practice. For people with autism, it's not always that simple. 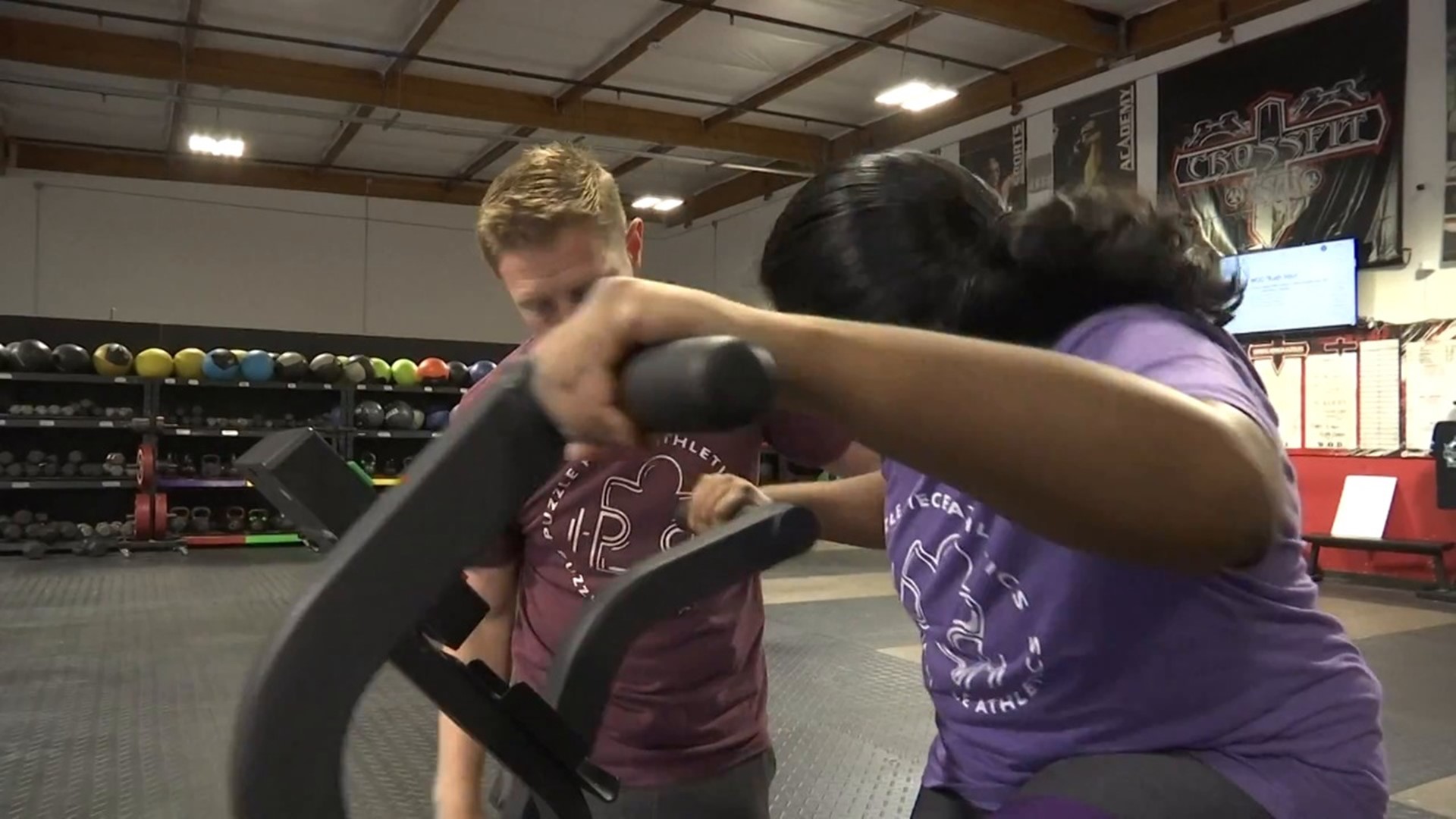 DUBLIN, Calif. (WTHR) — A California trainer is living out his dream after realizing how much of a difference he could make in others' lives.

For some, hitting the gym to get into better shape is a regular practice. For people with autism, it's not always that simple.

But fitness coach Chad Hooker is making it easier for young people on the spectrum to get the specialized training they need and deserve.

Hooker has been a fitness coach for nearly a decade, and soon after starting his career, he realized he enjoyed working with young people most. But it wasn't until five years ago when he took on a challenge to work with kids with autism.

A woman asked Hooker if he'd be able to work with a friend's son, who had autism. Even with no experience training people on the spectrum, Hooker said he'd give it a try.

It went over so well that the boy's mom would tearfully thank him for the positive influence he had on her son's life. With that, Puzzle Piece Athletics was born.

Hooker now trains nearly 50 clients, some traveling hours for a single session with him and his team.

"With positive motivation, connection and a little bit of love, you can get them to do anything," Hooker said of his clients. "They are very, very capable."

Parents feel the same way about him.

"Chad really has a special ability to connect with kids," one parent said.

What he does is rare — so rare, in fact, that he's gotten calls from outside the United States, asking for similar programs.

Hooker plans to expand his program and take his job on the road. In addition to personal training, he also teaches classes in Krav Masga and Mixed Martial Arts.