A bill by an Ohio lawmaker would allow families to use private cameras inside nursing homes. 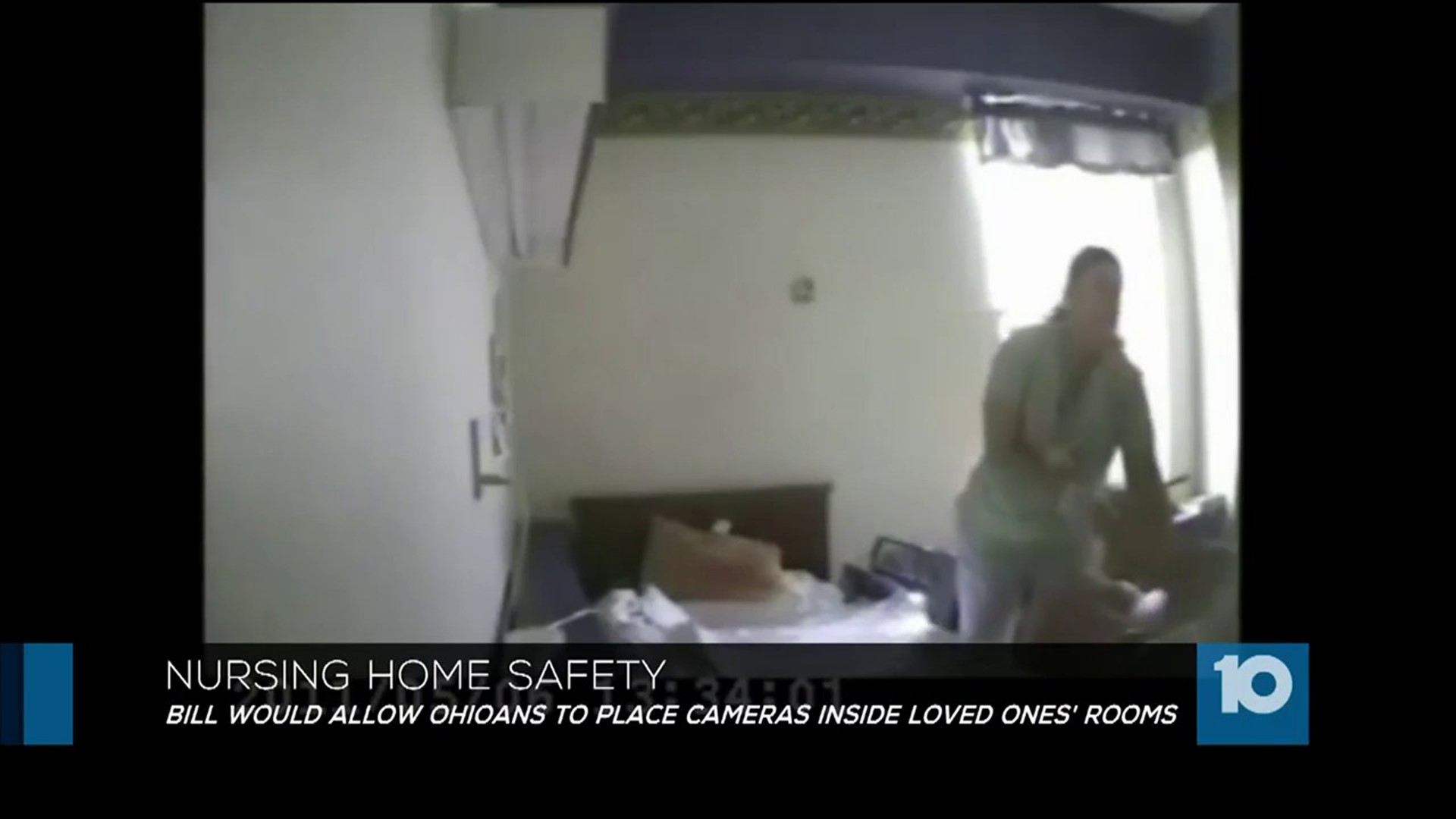 COLUMBUS, Ohio (WBNS) — In September of 2018, Ohio law expanded the number of people required to report suspicions of elder abuse.

As a result, the number of reports exploded.

It's those kinds of numbers that has some lawmakers concerned that even more abuse is happening that is never reported because victims are not able to talk or have memory issues preventing them from telling loved ones.

Under a bipartisan bill that will be introduced in the Ohio House and Senate next week, it would give residents the power of attorney to have surveillance cameras in their room.

Steve Piskor knows what it's like to feel helpless while his mother was abused inside a nursing home.

Esther Piskor, 78, was living with dementia when her son had a feeling she was not being treated well.

Unable to prove it, he decided to plant a hidden camera in her room and let it roll for six weeks.

The camera, he says, captured his suspicions.

"I finally put the hidden camera in and it caught eight aides abusing her," he said.

There is no law in Ohio against using private cameras inside a nursing home, but it's up to the nursing home to allow it.

That would change under a bill introduced next week by State Senator Nickie Antonio.

The Ohio Health Care Association isn't against the bill but tells 10TV it does have privacy concerns.

"Such as the rights of patients — both the patient being surveilled and other patients — to their personal privacy and dignity. We at the Ohio Health Care Association stand willing to work with interested legislators to ensure that any legislation in this area protect all of the interests and rights that would be affected," says Spokesperson Pete Van Runkle.

"Some rooms aren't private and if there is another patient in the shared room, both have to agree to this," he says.

He hopes lawmakers see it as a way to protect patients and deter abuse.

"It will give people peace of mind so they can check on their elderly loved ones and it's going to work for nursing homes, too. It's going to stop a lot of abuse," he says.

Under Ohio's proposal, it would be for everyone.

The bill also calls for signs to be placed in the room alerting people that there is a camera inside.

Elder abuse refers to any knowing, intentional or negligent act by a caregiver or any other person that causes harm or a serious risk of harm to a vulnerable adult, according to the U.S. Administration for Community Living. It can happen anywhere, anytime, and often affects the most vulnerable members of the community.

While approximately 16,000 reports of abuse, neglect, and exploitation are made each year in Ohio, the National Institutes of Health estimates that these reports represent only one in 14 cases.