A viral schoolyard "challenge" is proving to be very dangerous to the children who fall victim. 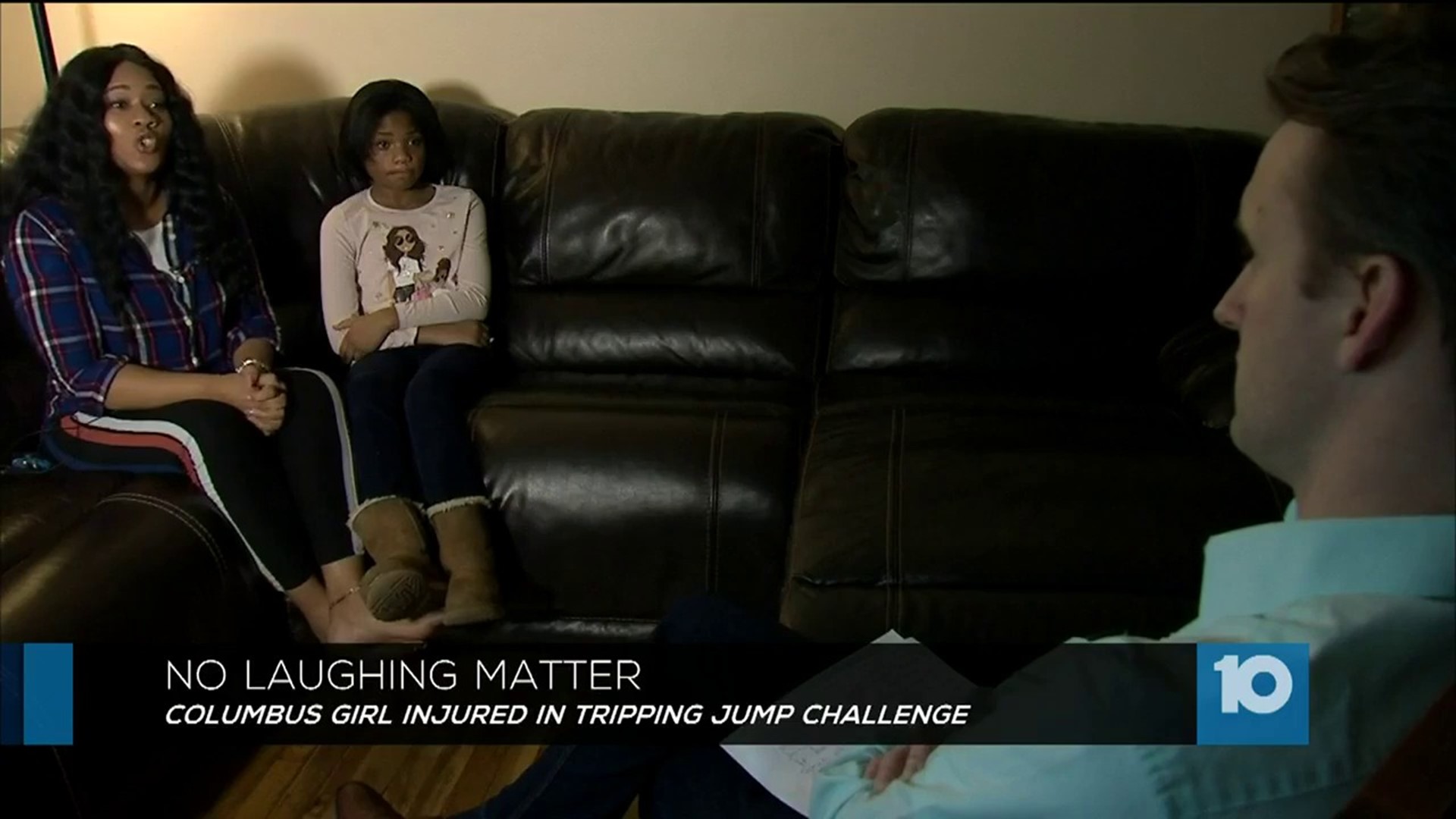 COLUMBUS, Ohio (WBNS) - It's all fun and games until someone gets hurt.

It's called the "Tripping Jump Challenge." Parents probably have no clue what it's about, but their children probably do.

"What they did was mean, it was cruel and it was evil," Journey Bonner said.

Bonner, 10, is a fifth-grader at Berwick Alternative. Last week, it happened to her.

She had no idea what the challenge was and only thought she was making a video with friends. The video shows the force of Journey's head slamming against the concrete.

"This is a very, very serious prank that feels like an assault," T'Marla Bonner said.

T'Marla is Journey's mother. She says the school nurse called her saying Journey was hurt on the playground in a "tripping" incident and that she had a large, circular swelling on the back of her head.

"I instantly wanted to know what happened," T'Marla said.

T'Marla says the principal stated if she wanted to press charges that the school would support it.

She didn't understand until she saw the video.

"Then, when I seen the video, it just broke my heart," she said.

A statement from Columbus City Schools says, in part, "it is unfortunate that any child is injured as a result of one of these social media challenges."

It also says safety begins with students making smart choices and asks parents to help in reinforcing this message at home and, along with the dangers of social media challenges, talk to your children that it's OK for students to say no to pressure from friends or peers.

“It is unfortunate that any child is injured as a result of one of these social media challenges. We want our young people to understand the seriousness of these social media challenges. Safety begins with each student making smart choices on the actions they take. The administrative team immediately addressed building-wide expectations with all students and staff. The appropriate disciplinary action has been taken. We need our parents to help in reinforcing this message at home and in talking with their young person about making the best decisions to keep themselves safe. They should emphasize the dangers of social media challenges. And that it’s OK to say no to pressure from friends or peers who put their safety at risk. We want all students to come to school ready to learn, and to think about the safety of themselves and everyone around them."

"The school has a responsibility and I feel like they aren't holding themselves to any accountability for this," T'Marla said.

Now, Journey says she feels unsafe at school and wants everyone to know this challenge is not all fun and games and people can, do and will get hurt.