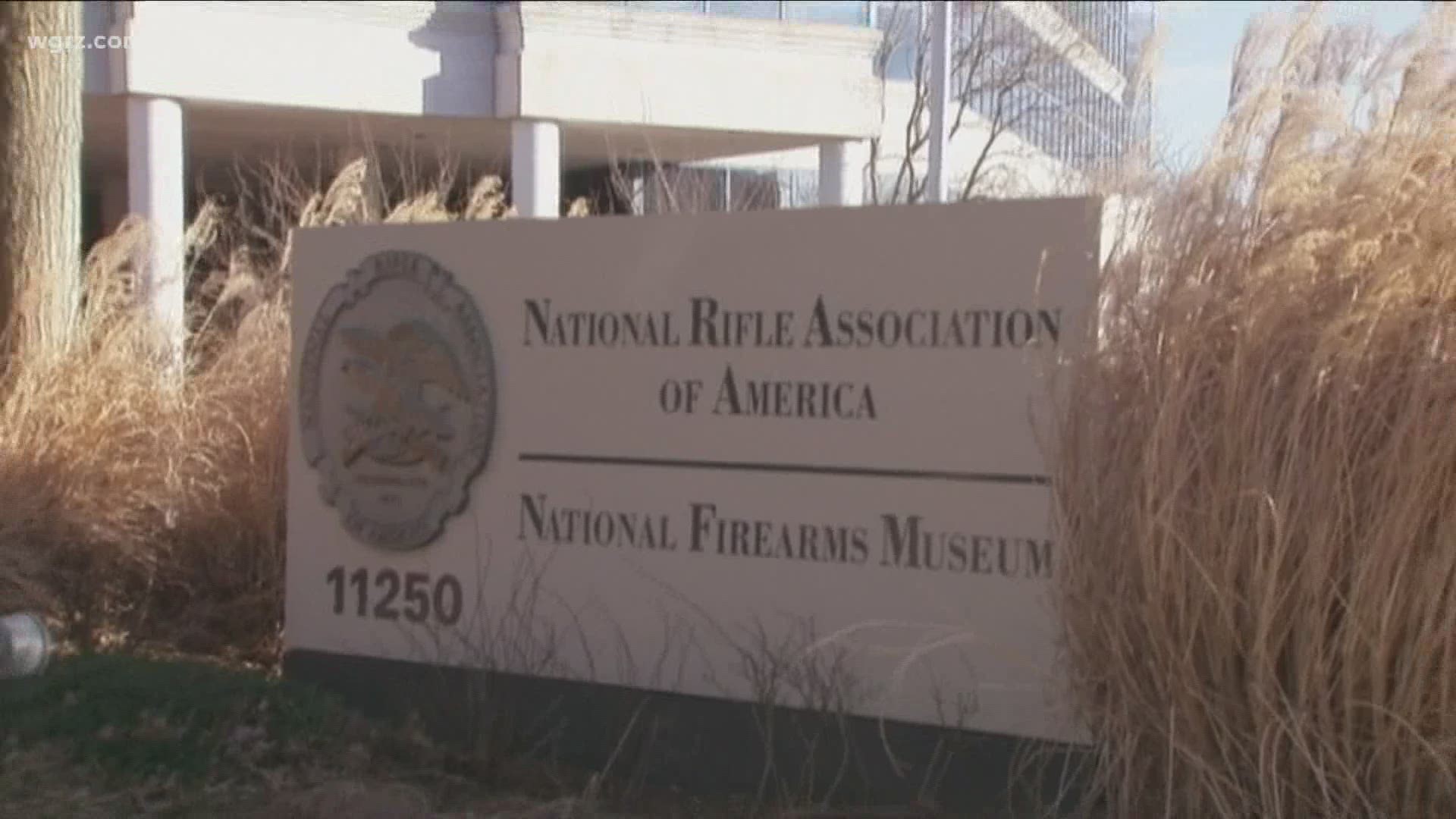 Attorney General Letitia James’ lawsuit, filed in Manhattan state court, highlighted misspending and self-dealing claims that have roiled the NRA and its longtime leader, Wayne LaPierre, in recent years — from hair and makeup for his wife to a $17 million post-employment contract for himself.

“It’s clear that the NRA has been failing to carry out its stated mission for many, many years and instead has operated as a breeding ground for greed, abuse and brazen illegality," she said at a news conference. “Enough was enough. We needed to step in and dissolve this corporation."

Simultaneously, Washington D.C. Attorney General Karl Racine — like James, a Democrat — sued the NRA Foundation, a charitable arm of the organization designed to provide programs for firearm safety, marksmanship and hunting safety, accusing it of diverting funds to the NRA to help pay for lavish spending by its top executives.

In a statement, NRA President Carolyn Meadows labeled James a “political opportunist” who was pursuing a “rank vendetta” with an attack on its members’ Second Amendment rights.

“You could have set your watch by it: the investigation was going to reach its crescendo as we move into the 2020 election cycle,” said Meadows, who announced a countersuit by the NRA in federal court in Albany that could set the stage for a drawn-out legal battle lasting well past November’s election.

The New York lawsuit made only civil claims, but James said the investigation was ongoing and any criminal activity discovered would be referred to prosecutors and the Internal Revenue Service.

The NRA's financial troubles, James said, were long cloaked by loyal lieutenants but became public as deficits piled up. The organization went from a nearly $28 million surplus in 2015 to a $36 million deficit in 2018.

James argued that the organization’s prominence and cozy political relationships enabled a culture where nonprofit rules were routinely flouted and state and federal laws were violated. Even the NRA’s own bylaws and employee handbook were ignored, she said.

Though it is headquartered in Virginia, the NRA was chartered as a nonprofit in New York in 1871 and continues to be incorporated in the state.

#BREAKING: We are suing the NRA Foundation for misusing charitable funds.

Donors gave money to fund firearms safety, firearms education and marksmanship training. Instead, that money was diverted to support wasteful spending by the NRA and its executives: https://t.co/5uLweQ207l

Republican Arkansas Gov. Asa Hutchinson sent a tweet defending the NRA, saying if New York doesn’t want it, then the organization should “move south, where people respect and value the Second Amendment. Arkansas would be a natural home.”

The Washington, D.C., attorney general's office has been investigating the NRA Foundation for more than a year. It said its investigation determined that low membership and lavish spending left the NRA with financial problems and so it exploited the foundation to remain afloat.

“Charitable organizations function as public trusts — and District law requires them to use their funds to benefit the public, not to support political campaigns, lobbying, or private interests,” Washington Attorney General Karl Racine said in a news release.

His lawsuit sought not to have the NRA destroyed, but to have a court-appointed monitor supervise financial transactions and a trust created to recover money diverted from the foundation.

The New York lawsuit also named LaPierre and three other current and former executives as defendants: corporate secretary and general counsel John Frazer, retired treasurer and chief financial officer Wilson Phillips, and LaPierre’s former chief of staff Joshua Powell. While the lawsuit accuses all four men of wrongdoing and seeks fines and remuneration, none of them have been charged with a crime.

LaPierre, who has been in charge of the NRA’s day-to-day operations since 1991, is accused of spending millions of dollars on private travel and personal security, accepting expensive gifts such as African safaris and use of a 107-foot (32-meter) yacht from vendors and setting himself up with a $17 million contract with the NRA, if he were to exit the organization, without board approval.

The lawsuit said LaPierre, 70, spent NRA money on travel consultants, including luxury black car services, and private jet flights for himself and his family, including more than $500,000 on eight trips to the Bahamas over a three-year span.

Some of the NRA's excess spending was kept secret, the lawsuit said, under an arrangement with the organization's former advertising agency, Ackerman McQueen.

The advertising firm would pick up the tab for various expenses for LaPierre and other NRA executives and then send a lump sum bill to the organization for “out-of-pocket expenses,” the lawsuit said.

The lawsuit comes at a time when the NRA is trying to remain relevant and a force in the 2020 presidential election as it seeks to help President Donald Trump secure a second term.

An ongoing factional war within the organization is pitting some of its most ardent gun-rights supporters and loyalists against one another.

The internal battles reached a fevered pitch at its 2019 annual meeting where its then-president, Oliver North, was denied a traditional second term amid a tussle with LaPierre as he sought to independently review the NRA’s expenses and operations. He accused LaPierre of exerting “dictatorial” control.

Chris Cox, the NRA's longtime lobbyist and widely viewed as a likely successor to LaPierre, left after being accused of working behind the scenes with North to undermine LaPierre.

James' lawsuit portrayed the NRA as the victim of its own leaders, and she was asked during a news conference why she would seek to shut the organization down entirely, rather than take less drastic actions like removing or fining the officers responsible for misconduct.

James said the “breadth and the depth of the corruption and the illegality” justified seeking a the organization's closure.

She took a similar action to force the closure of Trump's charitable foundation after allegations that he had used it to advance personal and business interests.

The appearance of an elected Democrat like James trying to bring down the NRA for good could create “a sense of ‘Is this politics or is this real?’” said Philip Hackney, a University of Pittsburgh law professor and former Internal Revenue Service attorney.

But Hackney added: “I think it’s more real and I think she was right to bring this complaint. … In a strange way, the NRA’s behavior almost forces her hand. There’s essentially a fraud on all its members.”