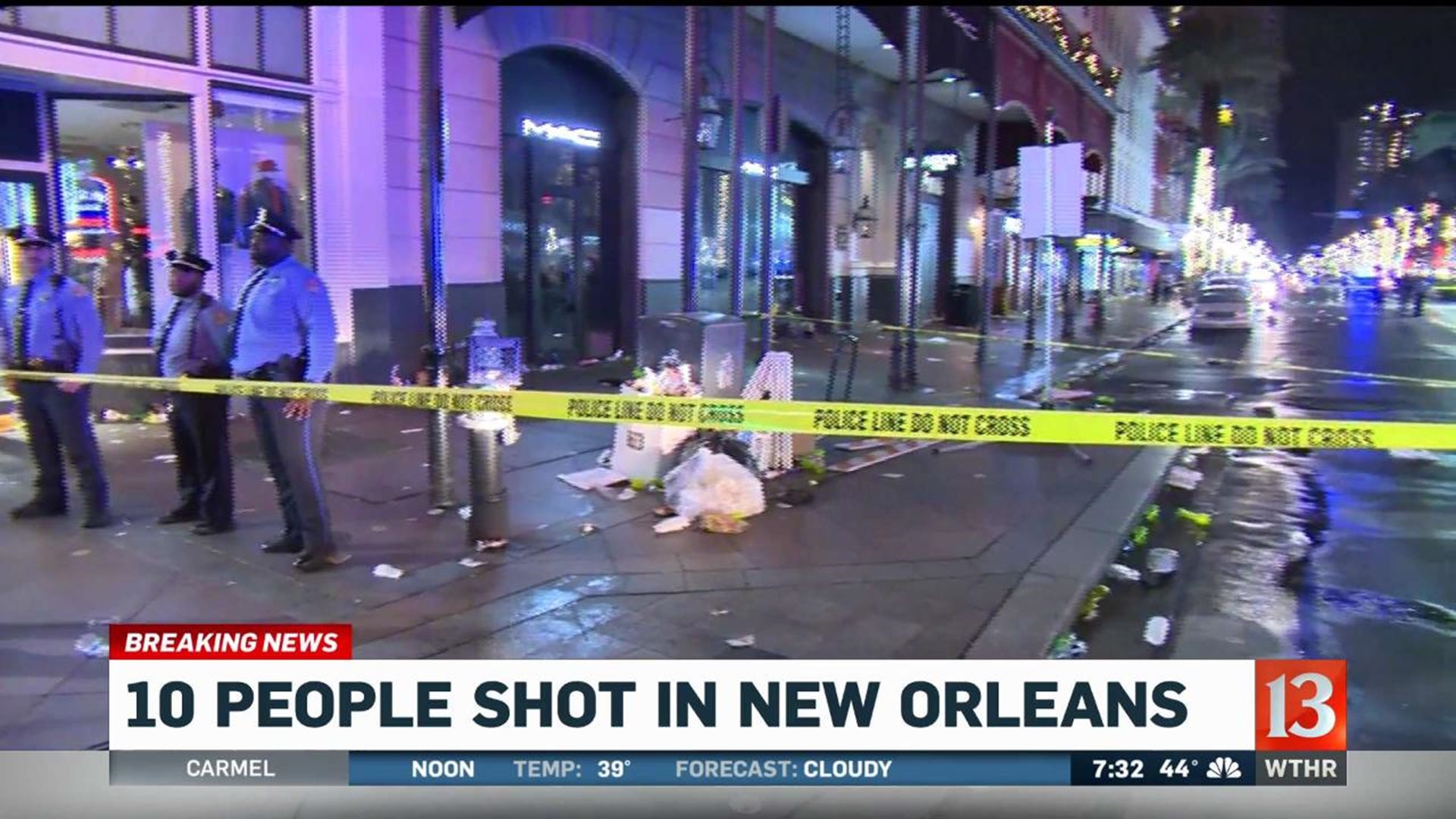 A police release says two people are in critical condition and no arrests have been made.

Two people are in critical condition, according to police. The victims were taken to University Medical Center and Tulane Hospital.

No police officers were injured, according to WWLTV.

Police originally reported that ten people were shot, but an eleventh victim arrived at the hospital as a walk-in later in the morning.

Police say one person has been detained, but they are not a suspect in the case. Police have not determined a motive for the shooting.

The shooting took place on a busy commercial block of Canal Street that has streetcar tracks and is near many hotels. Ferguson says police quickly responded to the scene as patrols were heightened for this weekend’s Bayou Classic, the annual Thanksgiving weekend rivalry football game between Grambling State and Southern University that’s played at the Mercedes-Benz Superdome.