ice President Mike Pence told the graduating class of the U.S. Military Academy that they are "the best of the best." 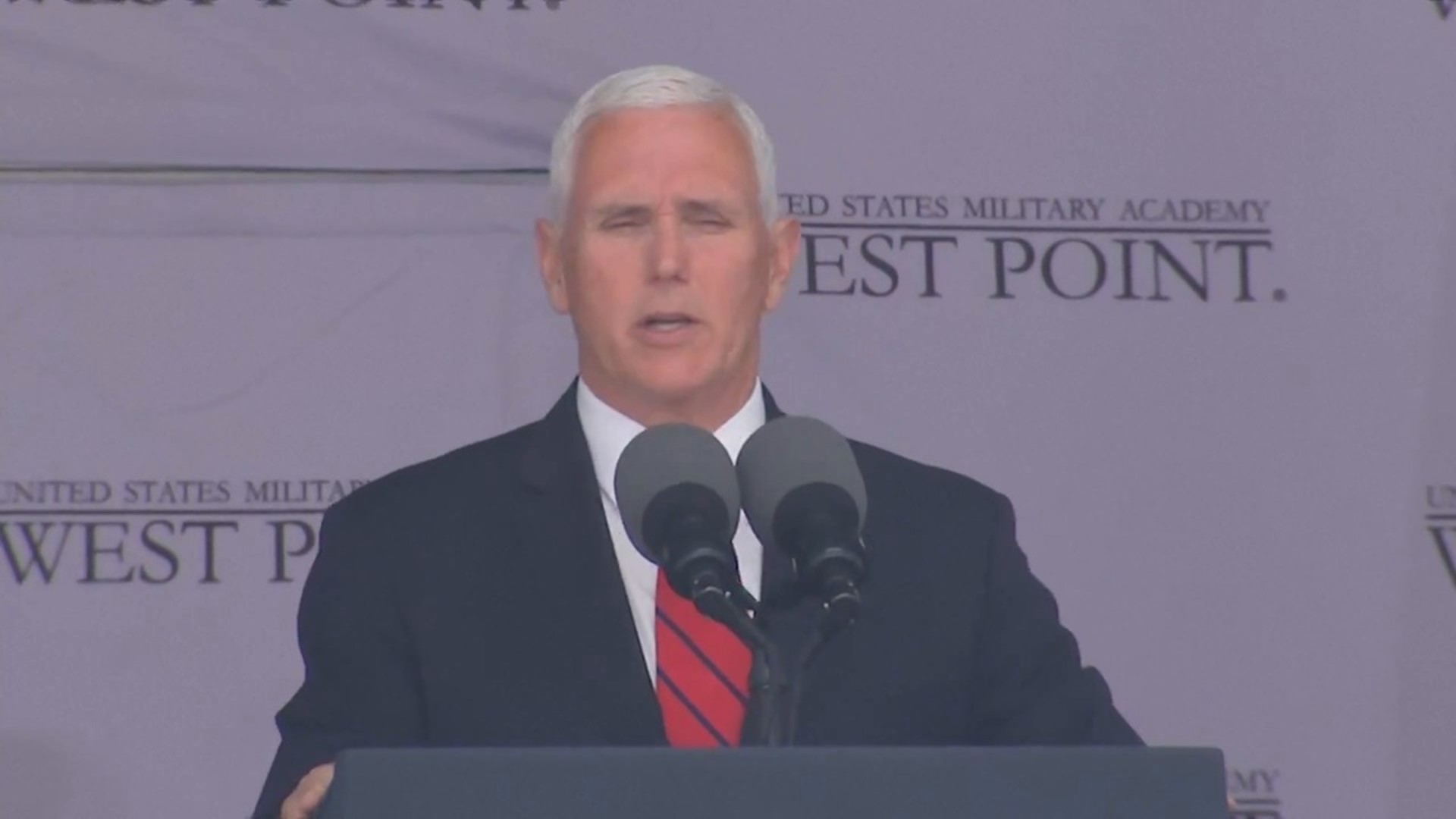 WEST POINT, N.Y. (AP) — Vice President Mike Pence has told the graduating class of the U.S. Military Academy that they are "the best of the best."

Pence told the West Point graduates Saturday that as they accept "the mantle of leadership" their commander in chief, President Donald Trump, "will always have your back."

The class was the most diverse in West Point's history.

Heading to @WestPoint_USMA to deliver the 2019 commencement address. Honored to speak to these distinguished men & women who will serve our nation proudly in uniform. Watch LIVE: https://t.co/VUN4xZY6tN pic.twitter.com/fnr9Lur4jq

The 2019 cadets included 34 black women and 223 women, both all-time highs since the first female cadets graduated in 1980. The academy graduated its 5,000th woman Saturday.

The 110 African Americans who graduated were double the number from 2013.

This was Pence's second visit to West Point and his first as commencement speaker.