Kim Richardson flew to Europe last March, but before she could get home, Canada closed its borders due to the COVID-19 pandemic. 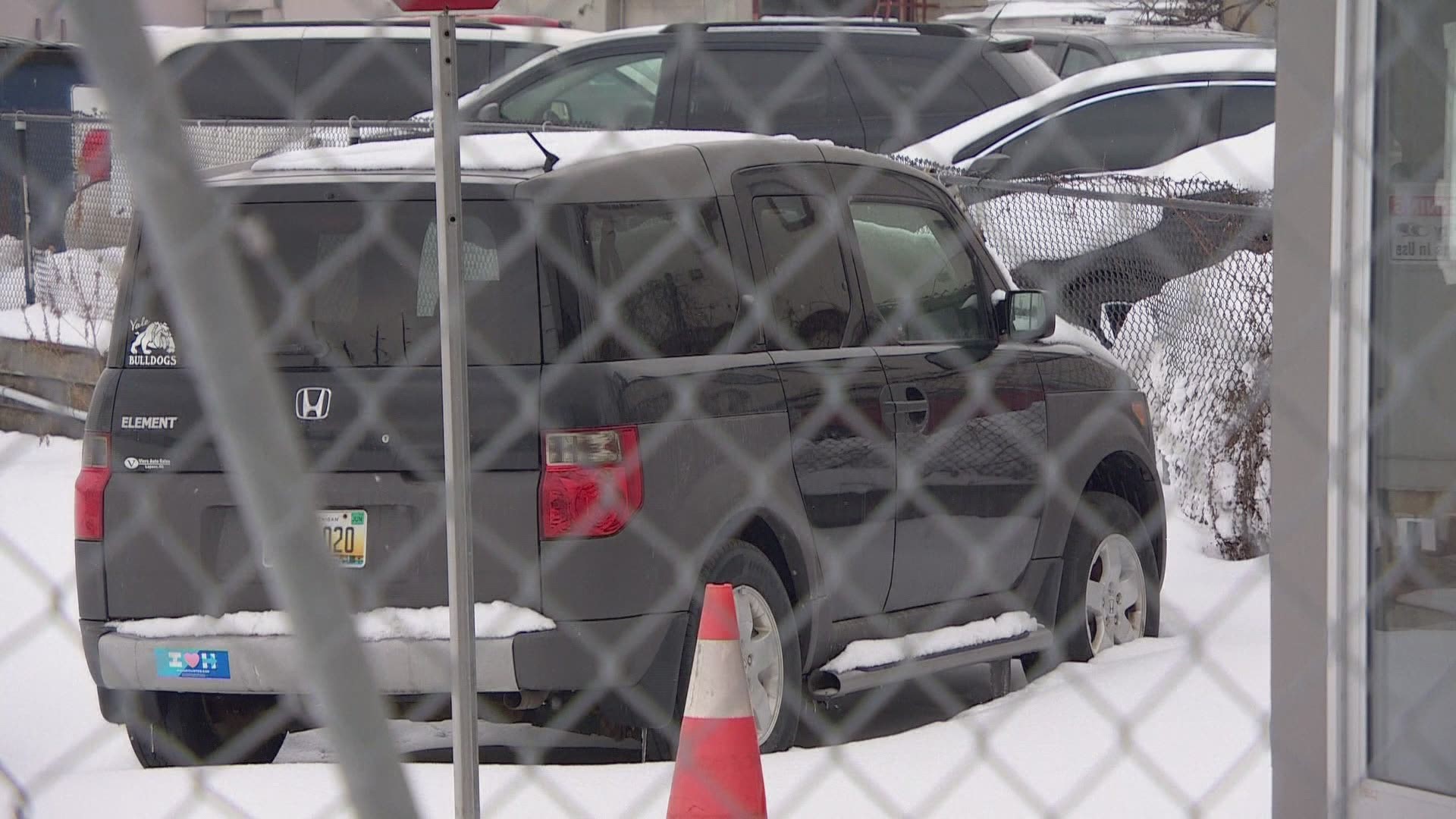 A Michigan woman and her car have been the subject of an international dispute for nearly a year.

The 2004 Honda Element has been parked in a lot near Toronto Pearson Airport since last March. Its owner, Kim Richardson, is home in Detroit, unable to get it due to the months-long border closure.

All the while, the car has been racking up parking charges that exceed its current value.

Richardson flew to Europe last March, driving from Detroit to Toronto and parking her vehicle in an airport parking lot. She paid through March 24, when her flight was supposed to return to Toronto.

But just days after departure, plans changed, thanks to the COVID-19 pandemic.

"Our flight changed from flying into Toronto, into Detroit, because the border...the Canadian/U.S. border was closed," Richardson told CBC News.

She said she called the Park-2-Sky lot several times and sent emails in the weeks after returning home, but was unable to get a response. Her car sat in the lot for 10 months until she finally got in touch with the lot's owner.

But he told her if she wanted her car back, she would first have to pay $2,800 in storage fees.

"I told him that this is beyond my control, and they weren't willing to work with me at all. They told me that the $2,800 that they're trying to charge me, he's cutting me a deal," Richardson said.

CBC News called the parking lot and spoke to a man who claimed to be the owner. He didn't give his name, but said he felt the $2,800 is far less than Richardson owes for the nearly year-long parking spot. The man said several other Americans who had parked in the lot at the start of the pandemic all found a way to get their cars home, including some who paid to have the vehicle towed to the border.

Today, the parking lot is almost completely empty, aside from Richardson's Honda. The owner of the lot said he's no longer in business, but doesn't seem willing to negotiate the offer he made.

Richardson said the $2,800 is more than her car is worth.

She said she's hoping the parking lot owner will waive the extra fees so she can get her car towed to the border, which will be expensive in itself.