Skylar Mack, a pre-med student, is back stateside after being released early 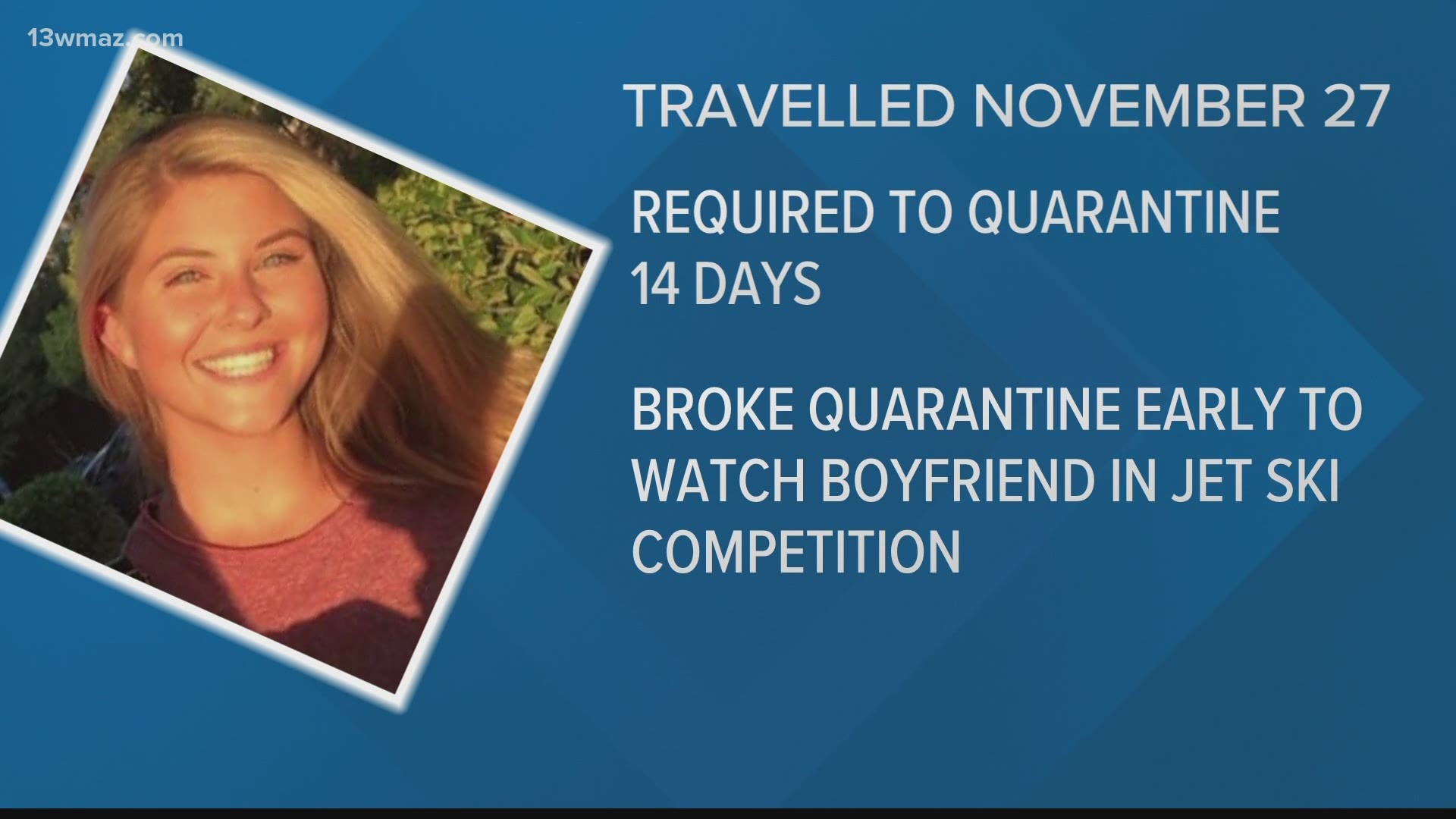 MACON, Ga. — A Mercer University student jailed for breaking COVID-19 restrictions in the Cayman Islands is back home in the United States.

Skylar Mack, 18, was released from prison Friday, according to the Cayman Compass newspaper.

Mack and her boyfriend, a professional jet-ski racer, were the subjects of intense international media scrutiny late last year after they were sentenced to four months in prison for violating the country’s quarantine rules.

She originally traveled there on Nov. 27 and was required to quarantine for two weeks, but broke it early to watch her boyfriend in a jet ski competition.

Mack pleaded guilty in court. She and her boyfriend were initially ordered to pay a fine and do community service until a prosecutor appealed that and their sentences changed to four months in prison.

The sentence was later reduced to two months. Her mid-January return home means they spent about a month in prison.

The Cayman Islands, which relies heavily on tourism to keep its economy going, has a population of about 62,000. It currently has a low level of COVID-19 spread with just a few hundred cases and deaths in the single digits.

A new CDC order goes into effect Jan. 26, 2021 that requires all people coming into the US from a foreign country get tested for COVID-19 no more than three days before their departure and to provide proof of a negative result.