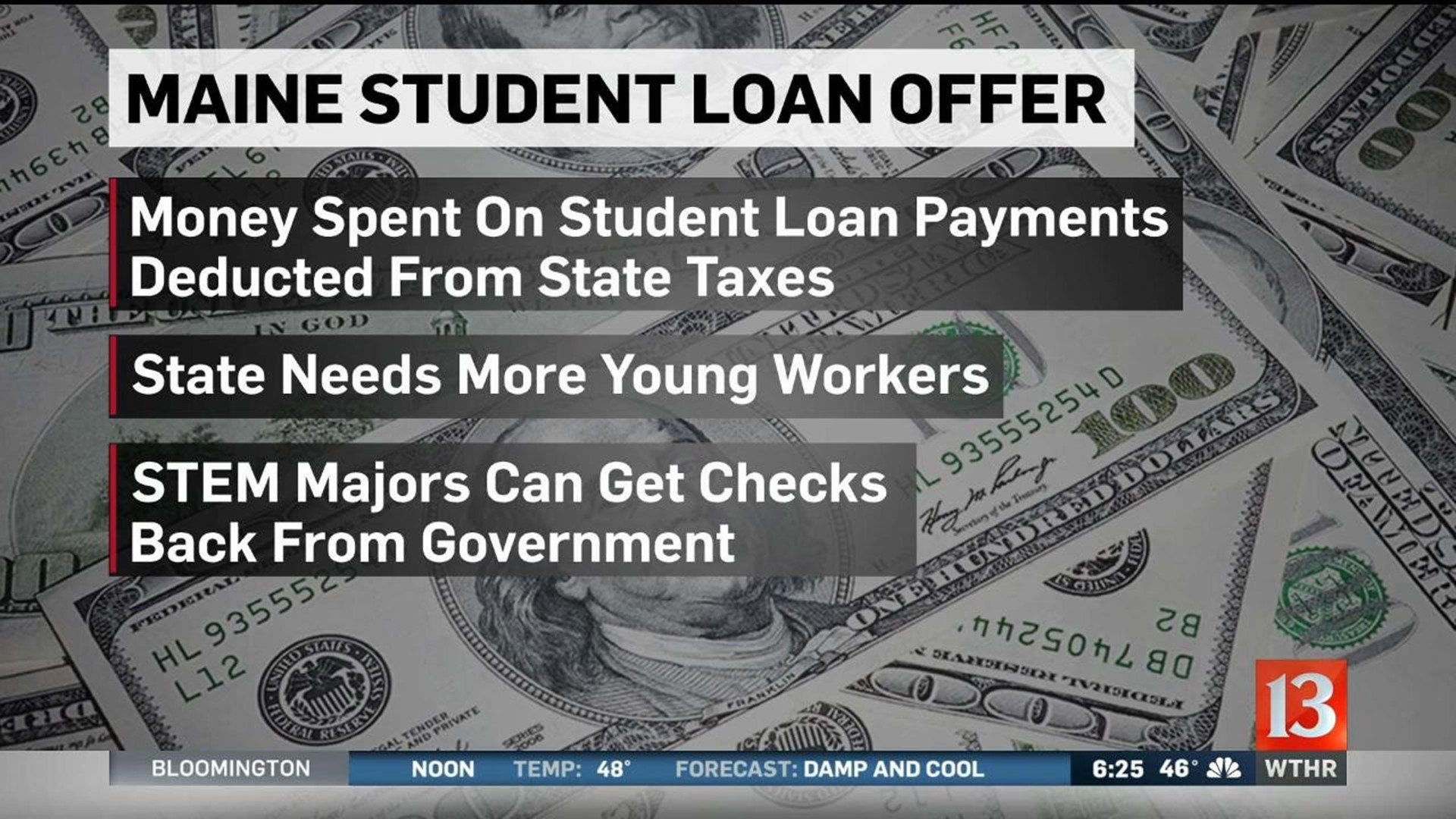 Maine (WTHR) — As one of the oldest populations in the United States, the state is concerned about satisfying future workforce needs. The state's median age is 43 — about five years old than the rest of the U.S. — and its labor force younger than 45 declined by 59,000, while the labor force older than 45 increased by 94,000 between 2000 and 2010.

"We don't have enough people in Main to satiate our long-term workforce needs," Nate Wildes told CNBC. Wildes is the engagement director of Live and Work in Maine, the initiative to bring younger people to live and work in the state.

To help offset that, the state is offering people with student loans a tax incentive through the Educational Opportunity Tax Credit.

The state gave out more than $13.1 million in tax credits in 2016. That could be a saving grace for a generation crippled by student loan debt.

According to Forbes, student loan debt surpassed $1.5 trillion this year.

Initially only available to residents who attended community colleges or universities in Maine, residents who earned degrees from out-of-state institutions may now also apply, as long as they graduated after 2016. Employers of qualified graduates are also eligible.

The amount of the credit is based upon various factors, but in general, graduates are allowed to subtract their student loan payments from their state taxes. For example, if you owe $2,000 in state income taxes and you paid $1,800 in student loans in that same tax year, you'd only owe the state $200. There is even more incentive for graduates with degrees in science, technology, engineering or mathematics, who often get a check from the state, as opposed to lower taxes to pay to the state.

Of course, graduates would also need to consider the advantages and disadvantages of relocating before making the move. Average salary, cost of living and job availability are all factors to compare to current living situations.

to see if you'd qualify for the tax credit, click here.