Isaias causes floods, landslides, then grows into hurricane as Bahamas brace for storm 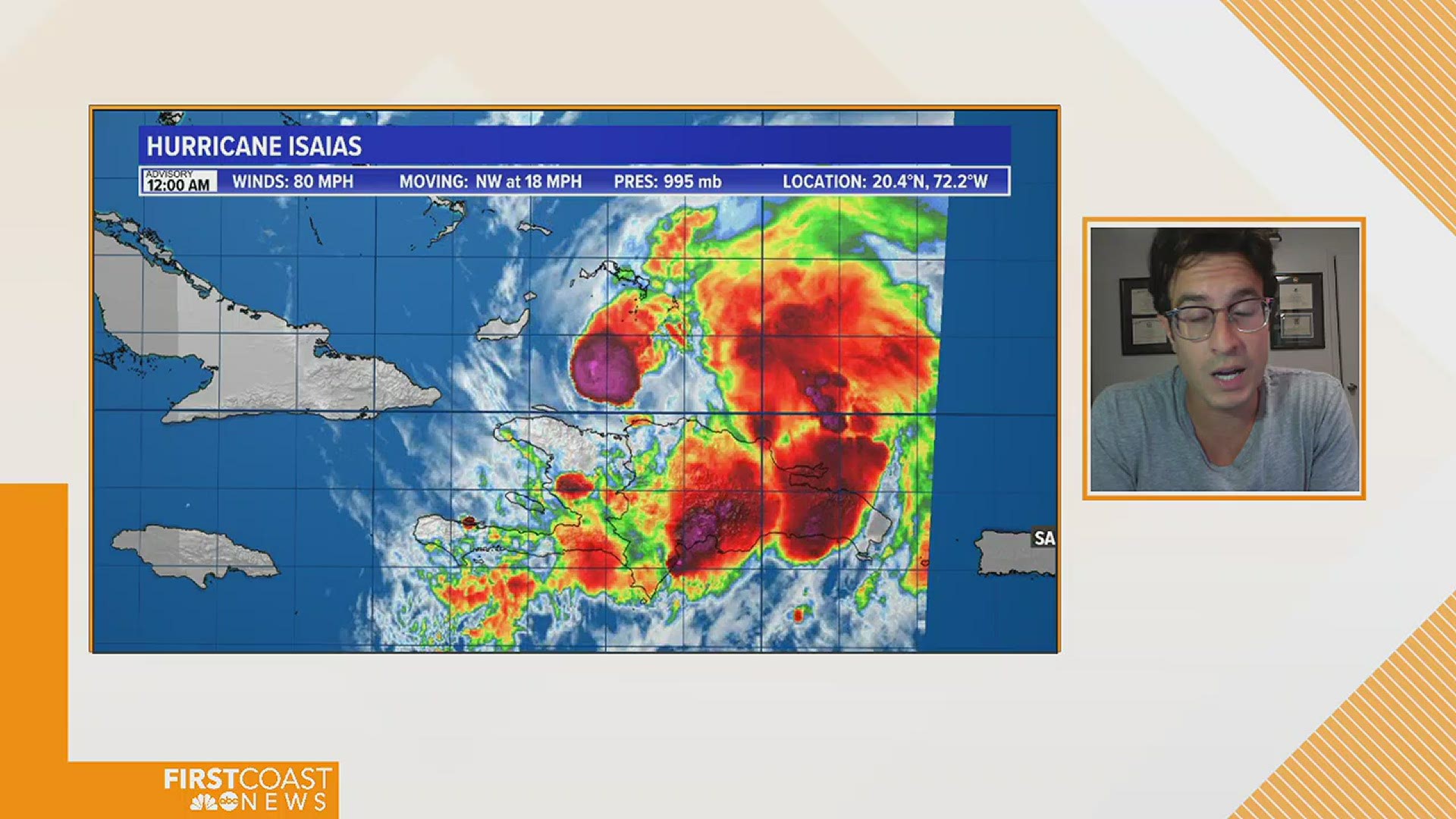 SAN JUAN, Puerto Rico — New Hurricane Isaias kept on a path early Friday expected to take it to the U.S. East Coast by the weekend as it approached the Bahamas, parts of which are still recovering from the devastation of last year's Hurricane Dorian.

Isaias had maximum sustained winds of 80 mph (130 kph) late Thursday and was centered about 70 miles (110 kilometers) east-southeast of Great Inagua Island in the Bahamas, the U.S. National Hurricane Center said. It was moving northwest at 18 mph (30 kph).

It was forecast pass over the southeastern Bahamas during the night, be near the central Bahamas late Friday and move near or over the northwestern Bahamas and near South Florida on Saturday.

On Thursday while still a tropical storm, Isaias knocked out power, toppled trees and caused widespread flooding and small landslides in the Dominican Republic and Puerto Rico, where at least 35 people were rescued from floodwaters and one person remained missing. Hundreds of thousands of people in Puerto Rico were left without power and water.

RELATED: Isaías becomes a hurricane, the second of the Atlantic season

RELATED: Hampton Roads gearing up for Isaias during a pandemic

Two of those islands, Abaco and Grand Bahama, were battered by Dorian, a Category 5 storm that hovered over the area for two days and killed at least 70 people, with more than 280 reported missing. People are still living in tents on both islands, and officials said crews were trying to remove leftover debris ahead of Isaias.

Prime Minister Hubert Minnis announced late Thursday that he was relaxing a coronavirus lockdown as a result of the impending storm, but said a 10 p.m. to 5 a.m. curfew would be implemented starting Friday. He said supermarkets, pharmacies, gas stations and hardware stores would be allowed to be open as long as weather permitted.

“These are especially difficult days,” he said during an online news conference. “We need at this time the spirit of love and unity.”

Stephen Russell, director of the Bahamas’ emergency management agency, said there were no plans to evacuate people, but he urged those living in low-lying areas to seek shelter.

The Bahamas has reported more than 500 confirmed COVID-19 cases and at least 14 deaths. It recently barred travelers from the U.S. following a surge in cases as it reopened to international tourism.

“Please do not engage in hurricane or COVID(-19) parties,” he said. “It can be devastating.”

Isaias was expected to produce 4 to 8 inches (10 to 20 centimeters) of rain in the Bahamas and the Turks and Caicos Islands. 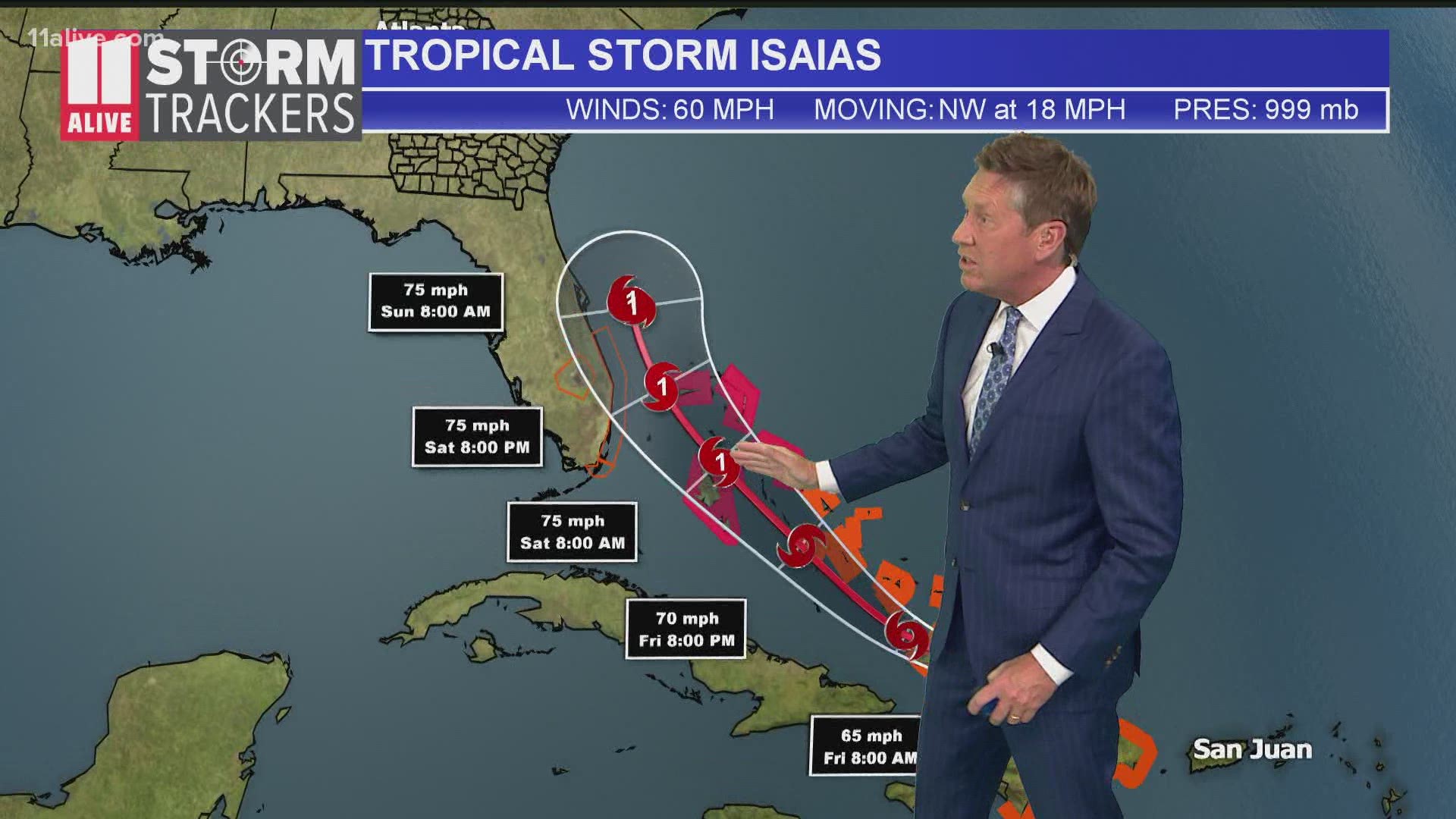