Indiana leaders react to the death of Colin Powell

Indiana's political leaders shared statements on the contributions the late statesman and military leader made over his career of public service. 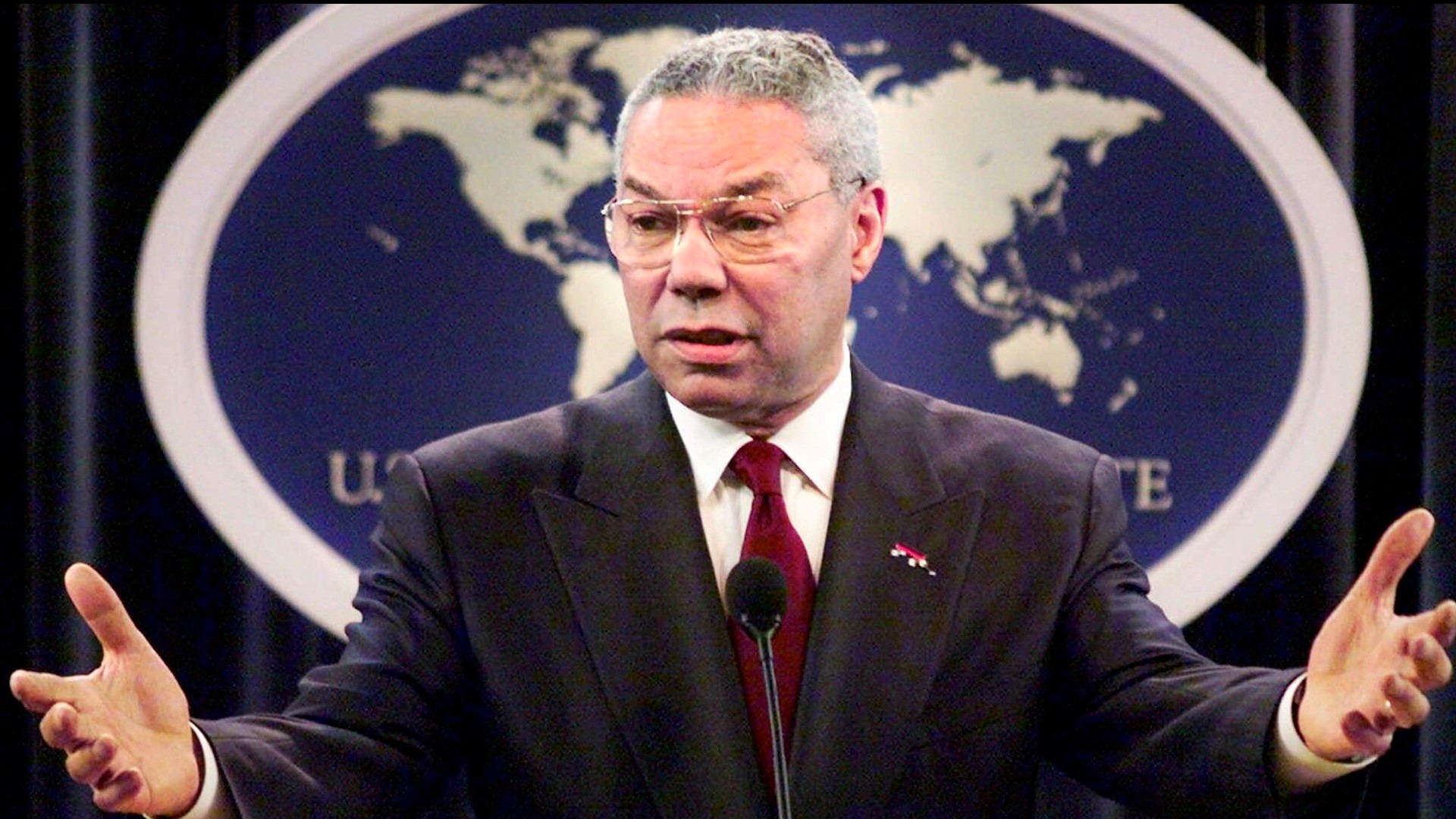 INDIANAPOLIS — Indiana political leaders shared statements on the contributions made by Colin Powell, who died Monday.

His family said he died of COVID-19 complications. While the family's statement did not mention whether Powell had any underlying illnesses, Peggy Cifrino, Powell’s longtime aide, said he had been treated over the past few years for multiple myeloma.

Powell was a four-star general who served as Chairman of the Joint Chiefs of Staff and later as U.S. Secretary of State.

Gov. Eric Holcomb directed flags to be flown half-staff across the state until sunset on Friday, Oct. 22 to honor Powell's legacy.

U.S. Senator Todd Young (R-Ind.) issued the following statement regarding the passing of General Colin Powell, former U.S. Secretary of State and Chairman of the Joint Chiefs of Staff:

“I am saddened by the news of Colin Powell’s passing. I will be praying for his family, he was a faithful husband and a devoted father. Powell was a selfless patriot, a dignified statesman, and a pioneer. As a public servant, Powell embodied the meaning of duty, honor, and country. He uplifted the institutions he touched by serving others. Powell left behind a legacy of unimpeachable integrity. May his example of statesmanship continue to mentor this and future generations to recall how true public leaders lead a nation.”

“Former Secretary of State Colin Powell was a visionary public servant and statesman who devoted his life to protecting the American people, defending our nation, and advancing freedom across the world. A true trailblazer, Secretary Powell has left an indelible legacy on our country that he so selflessly served and loved. My prayers are with his wife, Alma, their family, and Secretary Powell’s many loved ones and brothers-in-arms as they grieve this immense loss.”

"Colin Powell was a true American Patriot who served our Nation with distinction in uniform, as a four-star general, National Security Advisor, Chairman of the Joint Chiefs and as  65th Secretary of State. Karen and I are praying for his wife, Alma, and the entire Powell family."

Colin Powell was a true American Patriot who served our Nation with distinction in uniform, as a four-star general, National Security Advisor, Chairman of the Joint Chiefs and as 65th Secretary of State. Karen and I are praying for his wife, Alma, and the entire Powell family.

"I served in two administrations with Colin Powell, and knew him for 35 years, but I never forgot my first encounter with a then Col. Powell on the National Security Council staff in 1985. One knew instantly you had met someone truly extraordinary.

The passing of someone like Colin Powell, while deeply saddening, can serve an immensely positive purpose. As Secretary of State Blinken's gracious memorial noted, General Powell's life embodied both a love of country, and the reality of the American dream. May the last of his many public services be to remind Americans of these unifying ideals, that we might help affirm and preserve them as he did."

This story will be updated as we hear from more political leaders throughout the state.