Hundreds gather at dying veteran's bedside, thanking him for service

Gunnery Sgt. John Guglielmino died after suffering a stroke. His daughter made a social media request asking people to pay him a visit and the community responded. 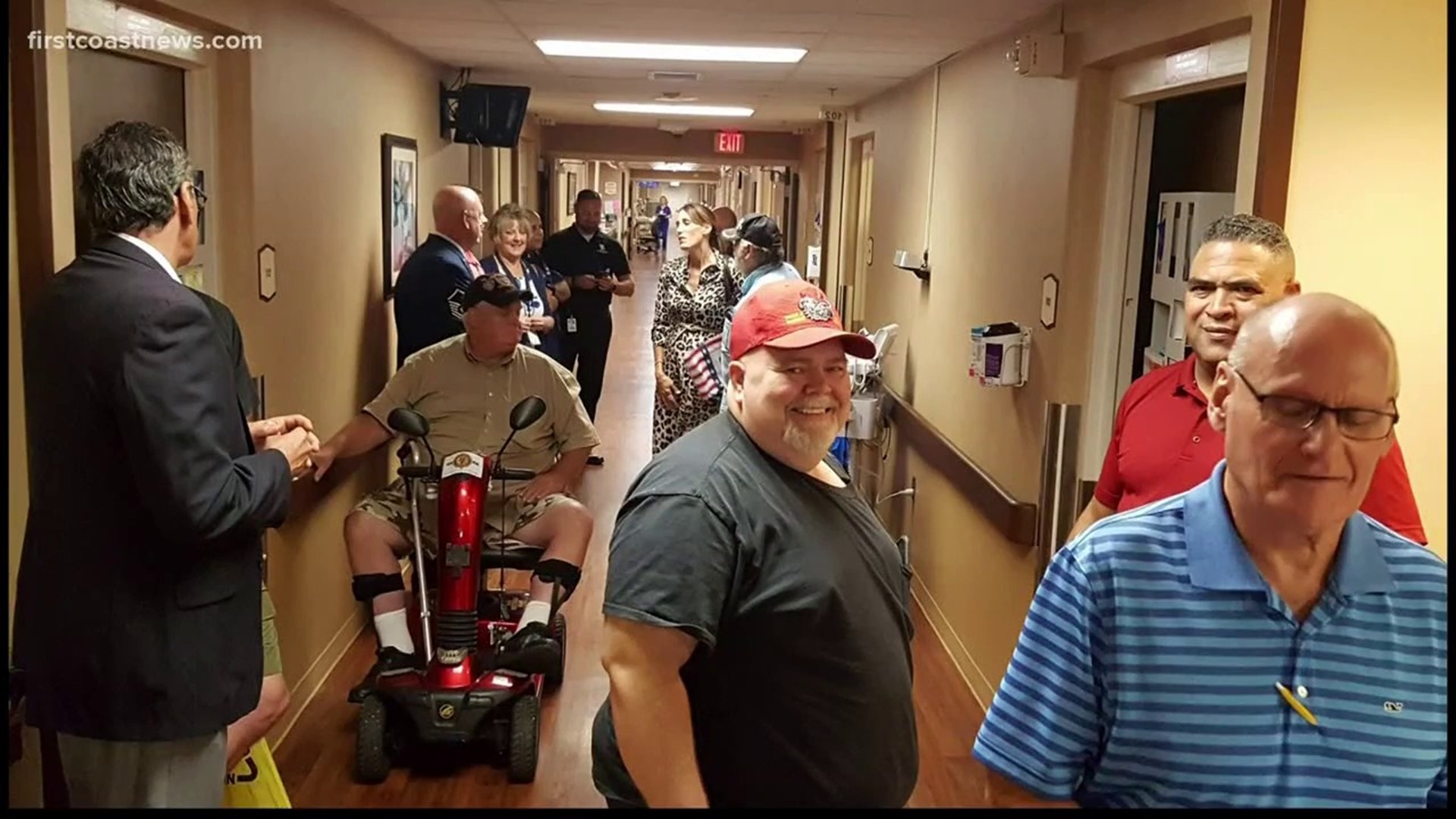 JACKSONVILLE, Fla. (WTLV/TEGNA) — Gunnery Sergeant John Guglielmino has died after suffering from a stroke. He was 69 years old.

After a social media request from his daughter Katherine Boccanelli, he ended up with more than 200 visits from local veterans at his bedside.

He was also recognized with a special medal from local Congressman John Rutherford’s office. Guglielmino served more than 17 years with the United States Marine Corps and completed multiple tours in Vietnam.

"I just want to thank them so much for being apart of his final days the salutes the handshakes, the hugs the prayers," Boccanelli said.

Guglielmino left a mark on the very few family members he had on the first coast including his daughter and grandchildren.

"Overwhelming sadness and heartbreak, this man has been my rock for my whole life," Boccanelli said.

As Boccanelli prepares for her father's funeral, she is hoping for the community’s support one last time.

"We lost my mom a few years ago so there is not a lot of family, if our extended military would like to come pay their final respects nothing would make me happier," Boccanelli said.

If you’d like to help with funeral expenses or show your support, Boccanelli has set up a GoFundMe page.

Services will be held at CrossRoads to Victory Church in Raiford, Florida. The day and time are still pending.