A spokesperson said all stores have removed spools of rope, where some of the nooses have been made, and are instead selling precut rope. 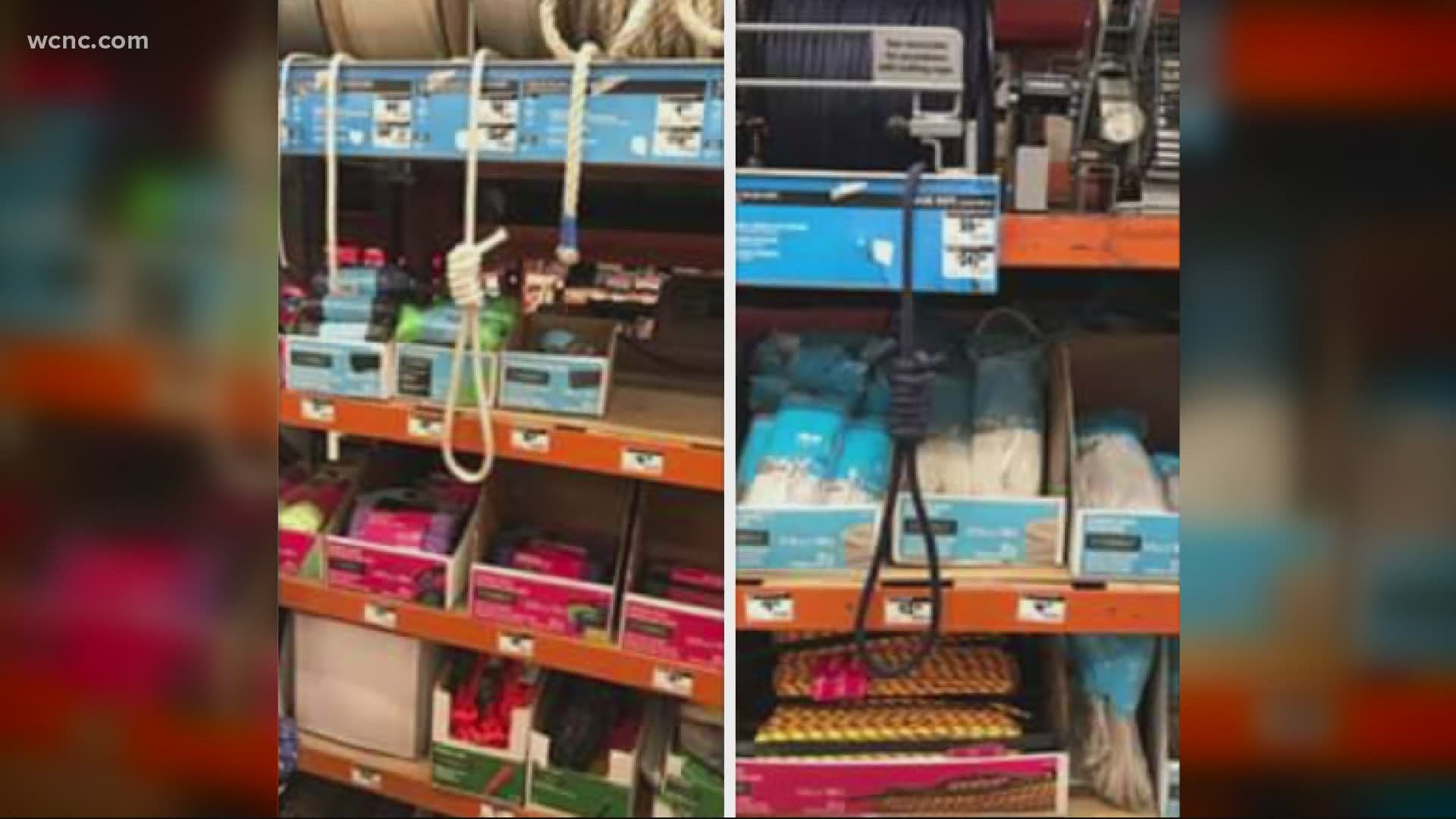 The home improvement chain Home Depot has changed the way it sells ropes after customers found nooses made out of spooled rope in stores, according to multiple reports.

Fox Business and CNN, citing the retailer spokesperson, said all stores have removed spools of rope and are instead selling precut rope in lengths that are commonly sold.

Home Depot spokesperson Margaret Smith told CNN that the company is "appalled and disturbed by the incident."

"Unfortunately, we’ve had some instances where spooled rope was used to create hate symbols and we’re not going to tolerate it," Smith told Fox Business. "Out of an abundance of caution, we temporarily removed spooled rope from our aisles."

The most recent report of a noose found in one of the company's stores was in Charlotte, North Carolina, on June 7, 2020. A woman claimed she found two nooses.

Home Depot released a statement to WCNC Charlotte at the beginning of June saying, "The Home Depot does not tolerate racism or discrimination, period. We're appalled and disturbed by this incident. We're investigating it diligently and are working with law enforcement."

Other similar reports have been made at other store locations. A Pittsburgh-area Home Depot employee filed a complaint in 2016 after finding a noose hanging inside the store, according to KDKA. Just last year, the retailer came under fire after two sisters found a noose in the rope aisle of a Wilmington, Delaware, location.

Floyd died after former officer Derek Chauvin, a white police officer, pressed his knee against the handcuffed 46-year-old Black man’s neck for nearly eight minutes. The officers were responding to a call about a man trying to pass a counterfeit $20 bill at a nearby store.

NASCAR officials recently released a photo of a noose that was found hanging in the Talladega Superspeedway garage stall of Bubba Wallace, the only Black driver who races full-time in NASCAR's top series.

An FBI investigation determined the noose had been in the stall since at least Oct. 2019, and it was not considered a hate crime.