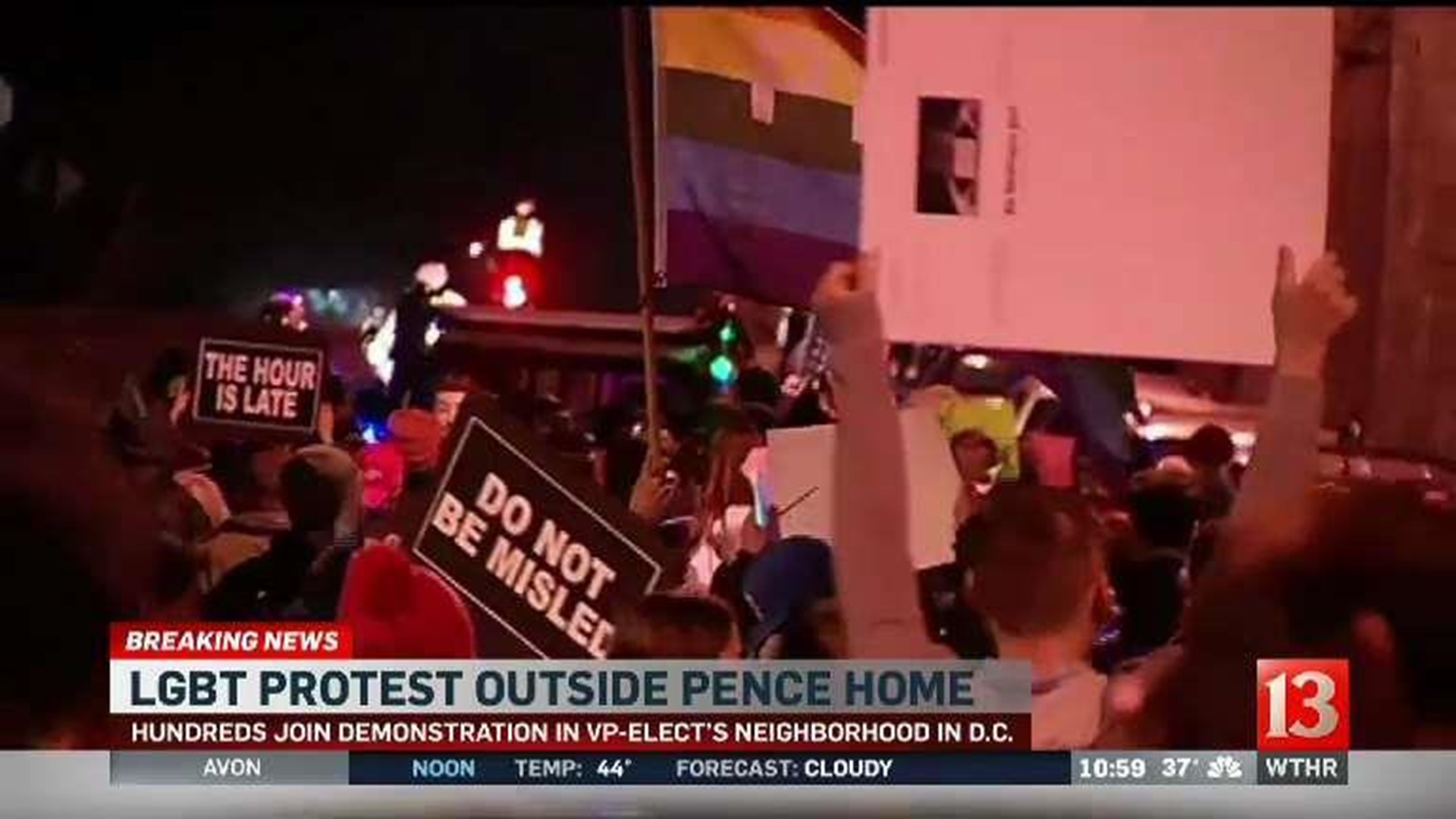 Pro-LGBTQ group WERK for Peace and the movement DisruptJ20 organized a "queer dance party" in front of Pence's home. The dancing was scheduled to start at 6 p.m. Wednesday outside the home where Pence and his family are staying in Chevy Chase, Maryland.

Protesters planned to leave glitter (which they pointed out was biodegradable in a Facebook post promoting the event) and rainbow items Pence "can NEVER forget."