Florida boy with autism has bad day at school, mom gets him a tattoo

The mother took her son to a tattoo parlor in Gainesville unannounced where she said employees jumped at the chance to tattoo him with a Sharpie on the house. 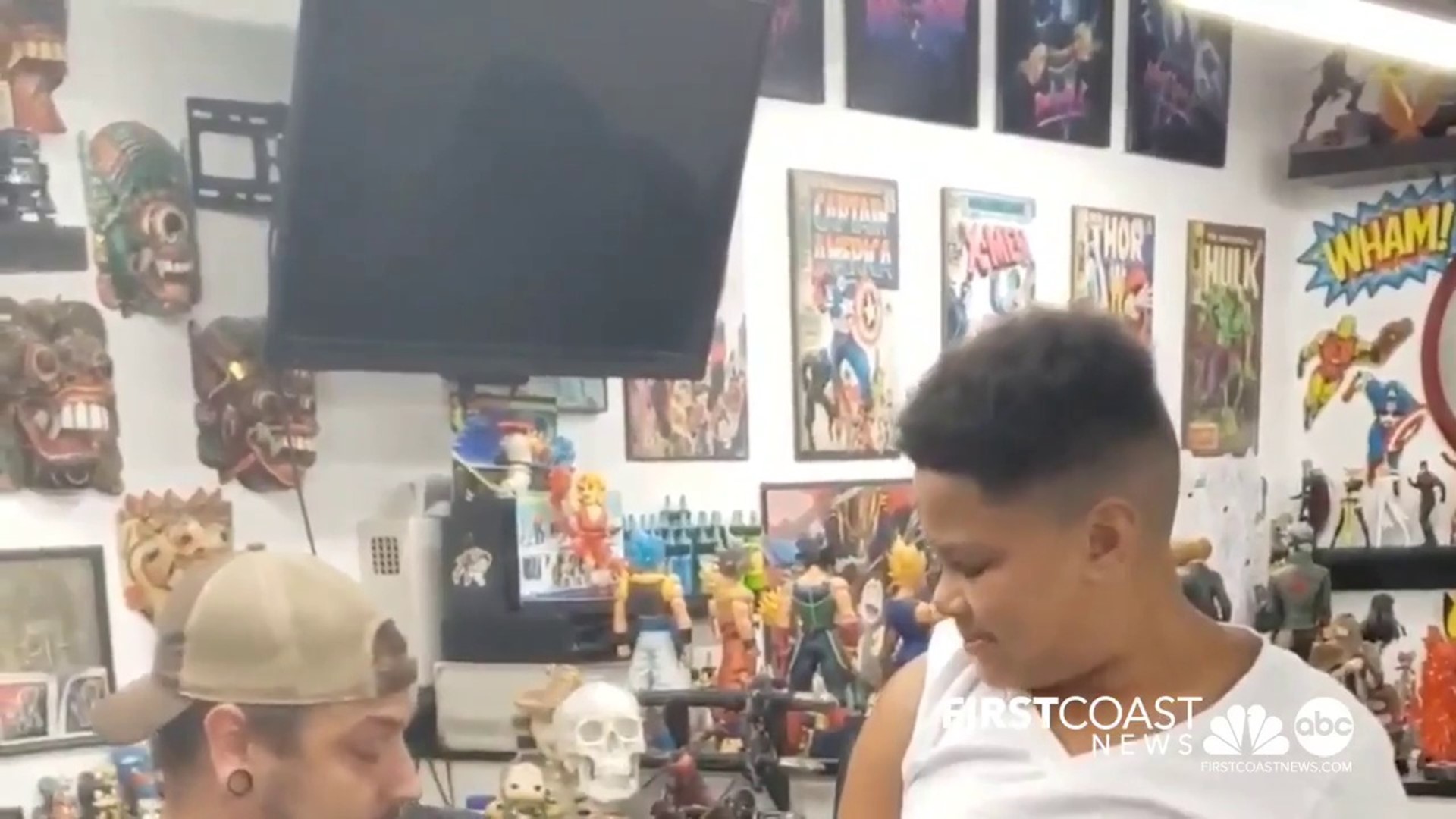 GAINESVILLE, Fla. (TEGNA) – When a 12-year-old boy with autism had a bad day at school, his mother brought him to a tattoo parlor to get some ink to cheer him up.

Don’t worry parents, no needles were involved. It was a Sharpie tattoo.

Crystal Paulk said her son Ehzriel Garcia has had a hard time in school this year as other kids give him a hard time.

Paulk says her heart has been broken for him, and wanted to do something different for their “mom date” on Thursday.

Paulk took her son to Addiction Tattoos unannounced where she said employees jumped at the chance to tattoo Ehzriel on the house.

Ehzriel got a black Fox Racing logo on his right arm outlined in green.

Ehzriel said he loved his tattoo and will now be the coolest kid in school.