Police believe the girl is in danger. 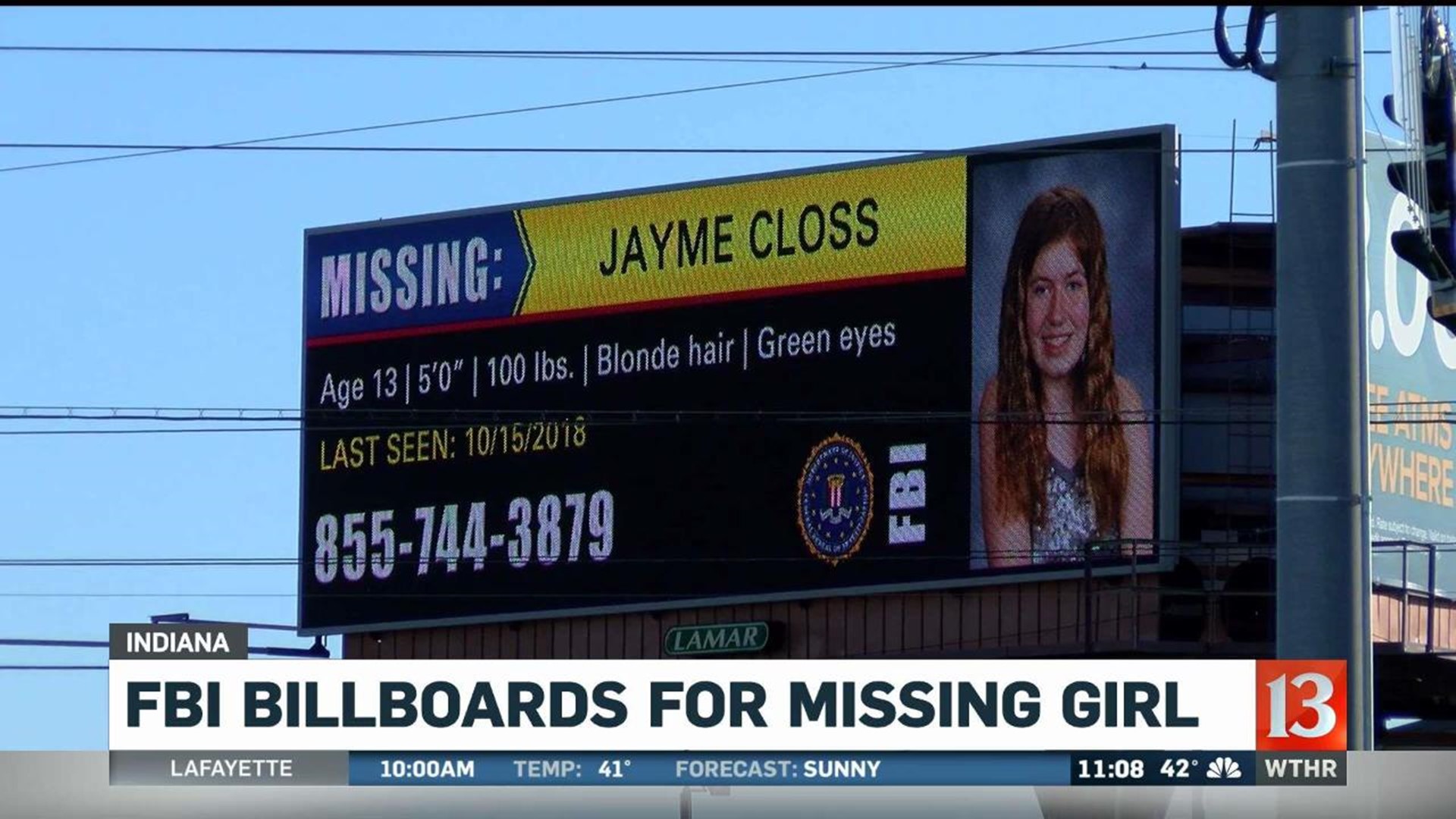 INDIANAPOLIS (WTHR) - The FBI believes a missing Wisconsin girl could be anywhere in the country and that's why they're asking for help.

You're now going to see multiple electronic billboard messages pop up around the country, including here in Indianapolis.

It includes a picture of 13-year-old Jayme Closs along with some information and a number for people to call if they've seen her.

Back in Wisconsin, 100 volunteers are searching an area about 3 miles from her house, where her two parents were found dead on Monday.

Police believe the girl is in danger.

"Some people have asked what they can do...Like our Facebook posts our twitter feeds share and push this information as we put it out," said Barron County Sheriff Chris Fitzgerald.

Police say so far, they've received more than 400 tips in connection to the case, but investigators say there have been no credible sightings of Jayme.