The U.S. trucking industry has faced a driver shortage for years. But insiders say it’s getting worse. 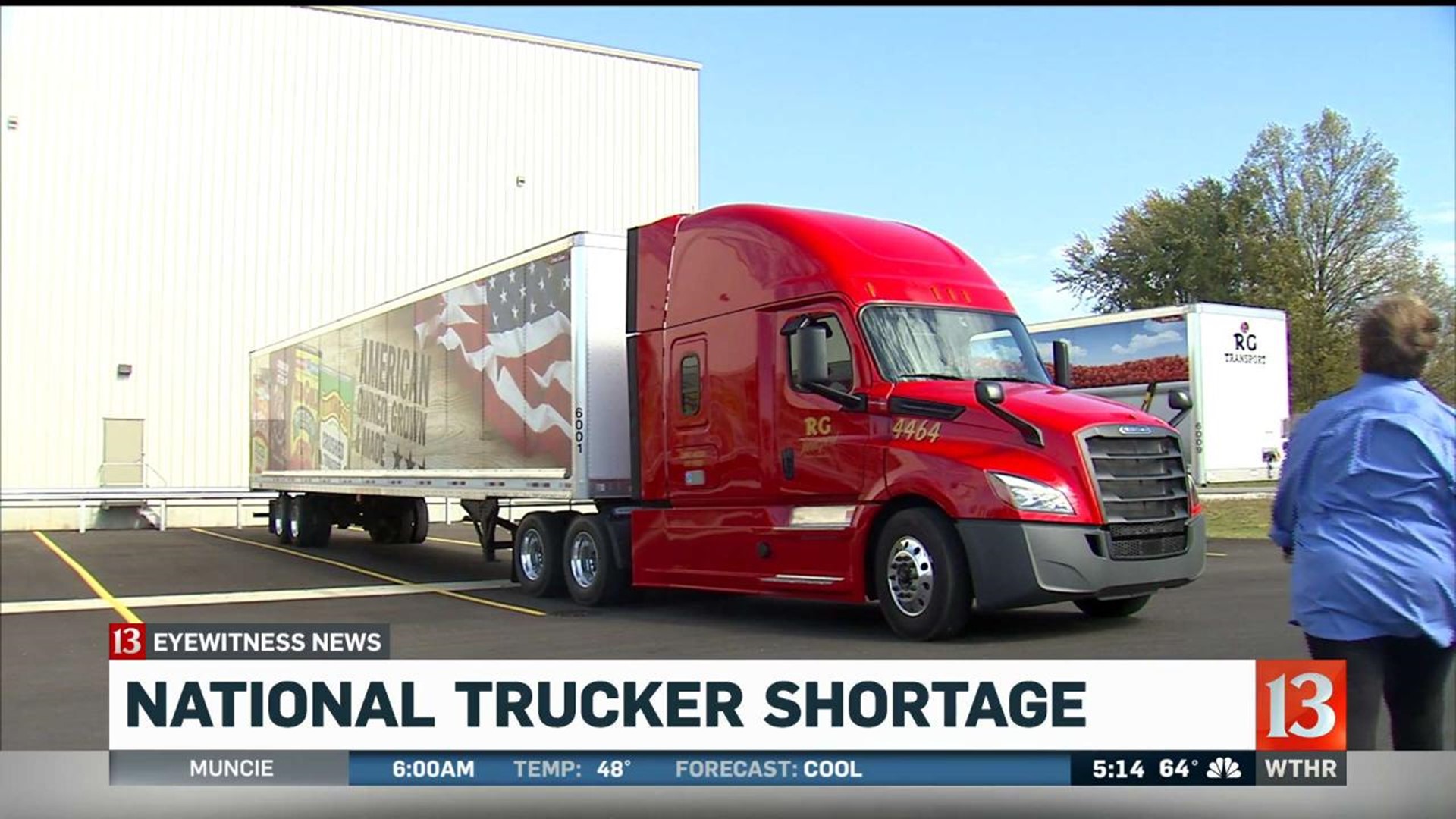 “It seems like in the last five years, it has accelerated,” Chief Operating Officer for RG Transport in Tipton County, Hue Andrews, said. “[And that is] putting us into a driver crunch. We’re constantly looking for drivers.”

According to the Indiana Motor Trucking Association, the industry is short about 60,000 drivers nationwide and could grow to 100,000 over the next few years.

“It’s very significant,” Gary Langston, president of the Indiana Motor Truck Association said. “Any carrier you ask, I believe, will tell you they’re running 10 percent short on the number of drivers they can actually use. They have trucks on the fence in many cases because they don’t have enough drivers to put in the seats.”

The shortage is blamed on an increase in the number of baby boomers retiring and long hours and days at a time on the road, which can make it difficult to recruit new drivers.

If the industry can’t solve the problem, Langston said it could result in delayed deliveries and higher prices for consumers.

“Everybody expects to reach for whatever they’re reaching for at the grocery store. They don’t understand what all it took to get that product there,” said Andrews. “But they will understand when they reach, and it’s not there.”

To help put more drivers behind the wheel, Langston said the industry is focusing some of its recruiting efforts on women.

“We know based on the analysis that’s been done and the data that we have, that females are great truck drivers. Generally speaking, they have a better safety record, are attentive and focused. Not that men aren’t, but it’s a part of our pool that we should look at,” he said.

Carol Fry has driven a semi for Red Gold Tomatoes for 25 years.

“I just like the freedom," she said. “I like the idea of being able to get out, you don’t have somebody looking over your shoulder you get to meet a lot of different people.”

“And I’m kind of proud to say that since I’ve been here, we’ve had a lot more women drivers join us,” she said.

Langston said he also believes the federal “Drive Safe Act" will improve the industry’s driver crunch. Currently, probationary commercial drivers under the age of 21 may not drive across state lines. But if passed in Congress, the measure would eliminate that restriction.

Andrews said the change would also help employers like him recruit more people to choose a career in trucking.

“The Drive Safe Act" would allow (students) to graduate from high school, go into a training program that we provide ... and then graduate into a truck and pick trucking as a career,” Andrews said. “There’s no silver bullet in finding the solution to the driver shortage. It’s a bunch of silver BB’s. So we have to touch all of the different things. And the Drive Safe Act is definitely one of those BB’s.”