Surveillance video captured a driver using a sledgehammer to smash another vehicle and attack a passenger in the Port Richmond section of Philadelphia. 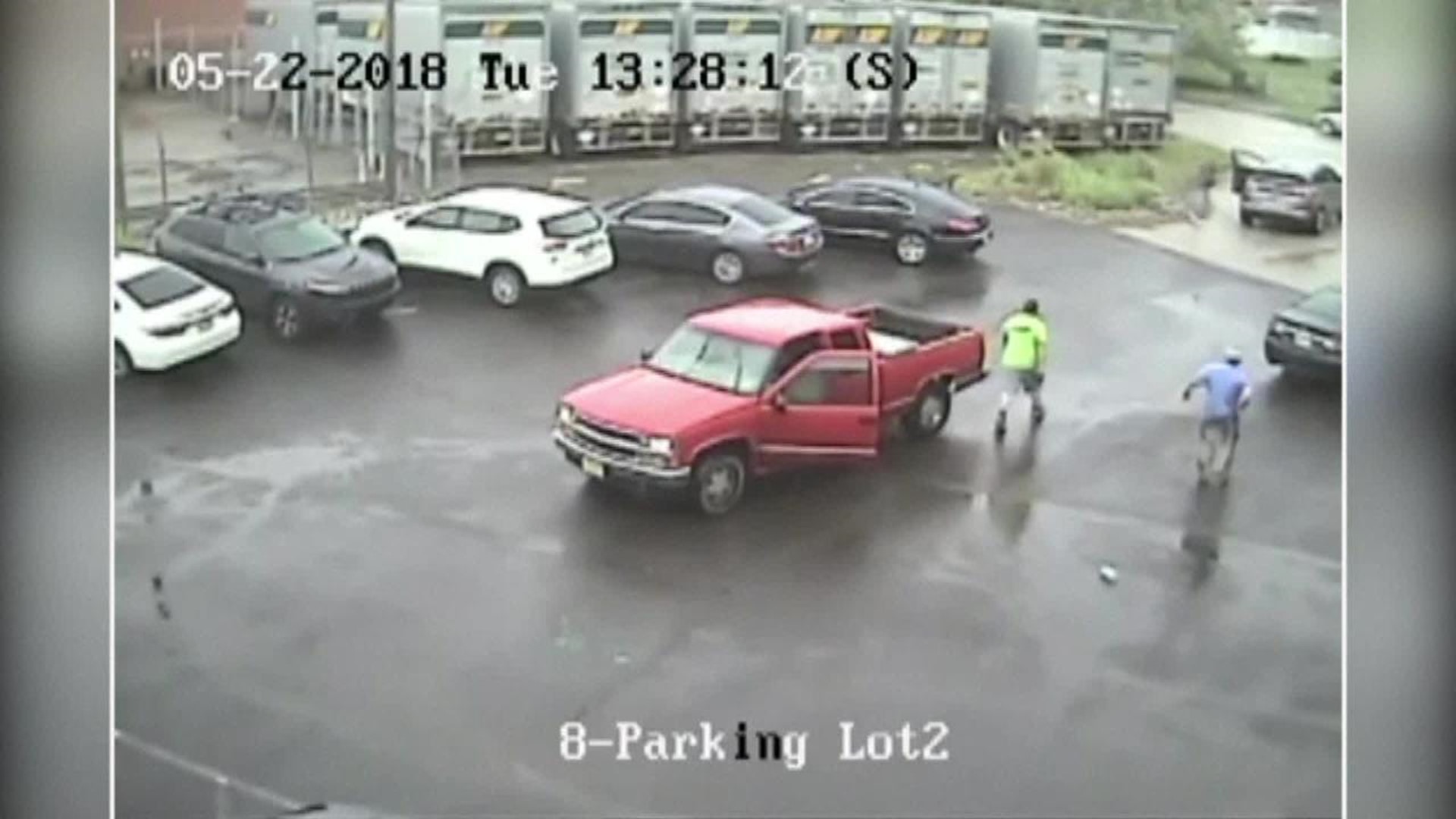 PHILADELPHIA (WTHR) — Surveillance video caught the moment a man used a sledgehammer to smash another vehicle and attack a passenger in Philadelphia Tuesday.

It happened in a parking lot of a business.

A man got out of a red pickup truck while holding a sledgehammer, then smashed the driver's side window of an SUV before hitting the vehicle three more times.

As he was limping away, the man with the sledgehammer hit him in the back, then hit the vehicle again.

One witness said he heard the attacker yell out, "You're cheating with my girlfriend."

Police say they can't investigate the incident until someone involved comes forward.