He highlighted how the virus was believed to originate from an animal but he said, 'it could have been something else, and we need to find that out.' 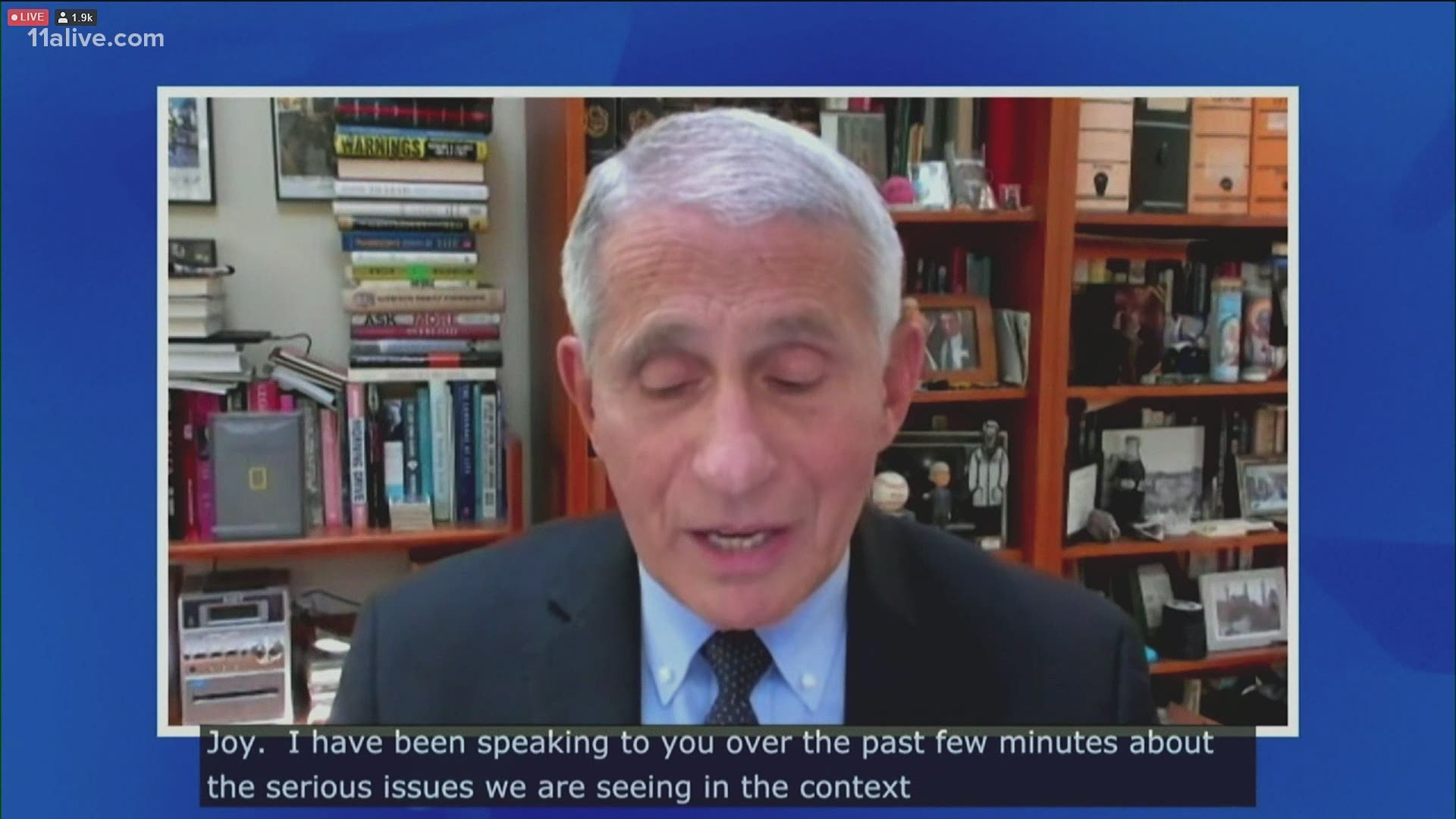 WASHINGTON — Dr. Anthony Fauci, the top immunologist who lead the COVID-19 response in the United States, said he's "not convinced" that the deadly virus was naturally developed and encouraged further investigation into its origins.

During a Poynter event earlier this month, Fauci was asked by PolitiFact managing editor Katie Sanders if he still believed the virus was developed naturally.

"No, actually," Fauci, director of the National Institute of Allergies and Infectious Diseases (NIAID) said. "I'm not convinced about that, and I think we should continue to investigate what went on in China until we continue to find out to the best of our ability exactly what happened."

He highlighted how the virus was believed to originate from an animal, and he said, "it could have been something else, and we need to find that out."

This is a change from his earlier viewpoints. During an interview with National Geographic in May of 2020, a year ago, Fauci believed the virus likely came from animals and transmitted to humans.

"If you look at the evolution of the virus in bats, and what's out there now is very, very strongly leaning toward this [virus] could not have been artificially or deliberately manipulated—the way the mutations have naturally evolved," he said during the interview on May 4, 2020. "A number of very qualified evolutionary biologists have said that everything about the stepwise evolution over time strongly indicates that it evolved in nature and then jumped species."

During a Senate hearing on May 11, Fauci was grilled over the origin of the virus and whether or not it originated in a lab in Wuhan, China, where the virus was first reported in December of 2019.

"Do you think it's possible that COVID-19 arose from a lab accident in Wuhan, and should it be fully investigated?" Sen. Roger Marshall (R-Kansas) asked.

"That possibility certainly exists, and I am totally in favor of a full investigation of whether that could have happened, " Fauci answered.

When asked by Sen. Marshall if the virus is not naturally occurring, Fauci said "that is a possibility." However, he added that he didn't know if the United States was ever going to be able to prove that, but said he supports the World Health Organization investigation into the coronavirus's origins.

"Will you, in front of this group, categorically say that the COVID-19 could not have occurred through serial passage in a laboratory?" Sen. Rand Paul (R-Kentucky) asked Fauci.

"I do not have any accounting of what the Chinese may have done," Fauci responded. "I'm fully in favor of any further investigation of what when on in China."

On Thursday, GOP members of the House Intelligence Committee released a report to Fox News that claimed there was "significant circumstantial evidence” that the coronavirus originated from a leak at China’s Wuhan Institute of Virology.