A new study shows people are still texting and driving, despite safety warnings not to. 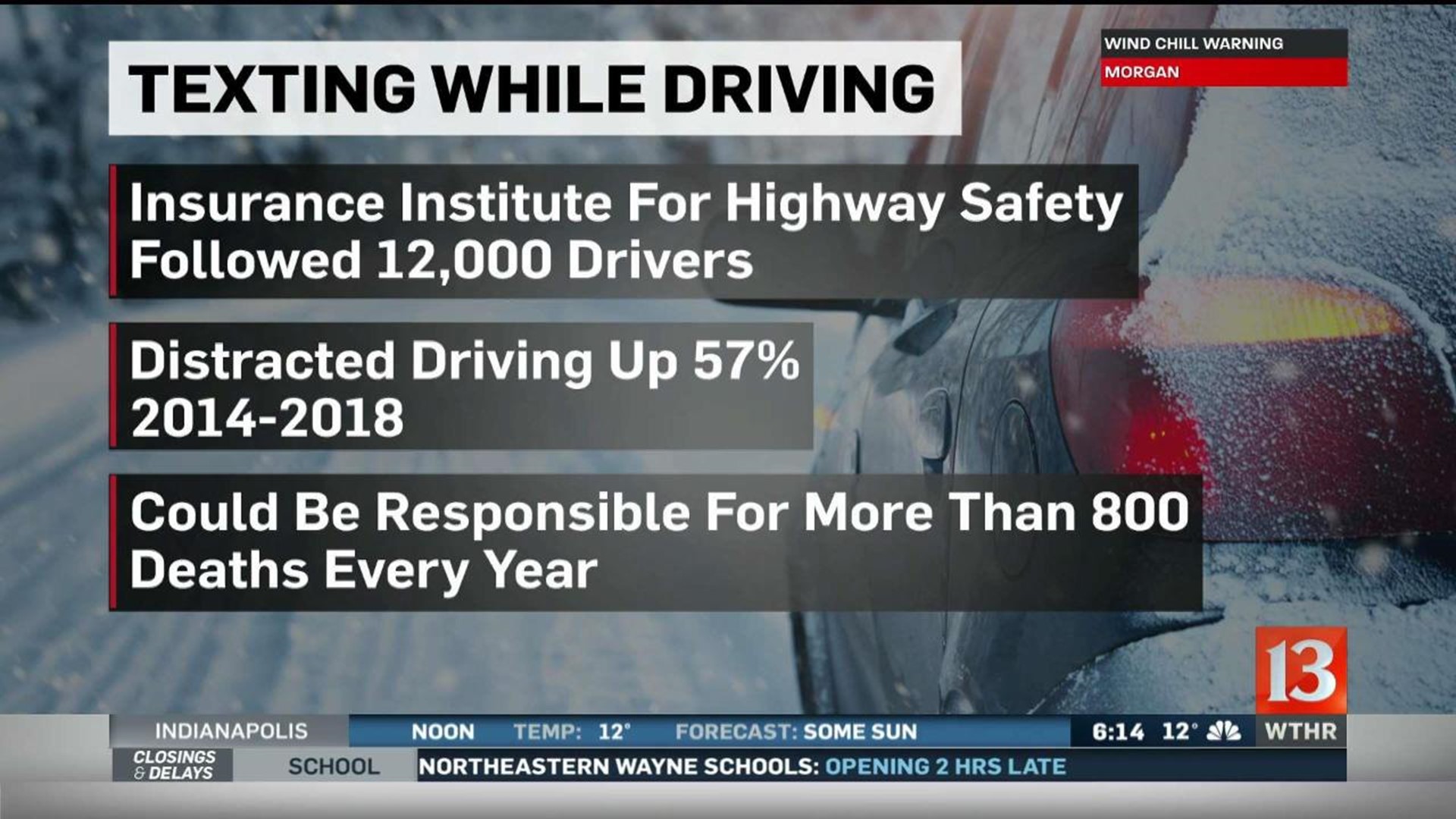 (WTHR) — A new study shows people are still texting and driving, despite safety warnings not to.

In fact, the number of drivers who admitted to the dangerous behavior has actually increased, according to the Insurance Institute for Highway Safety.

The number of drivers using their phone while driving increased by 57 percent between 2014 and 2018. The group estimates this kind of behavior could be responsible for more than 800 deaths every year.

If you're guilty of texting while driving or getting distracted behind the wheel, make some simple changes to stop the behavior: