A multi-vehicle crash involving a fuel truck on Interstate 85 outside Atlanta resulted in a massive fire that killed one person and sent drivers scrambling for safety. 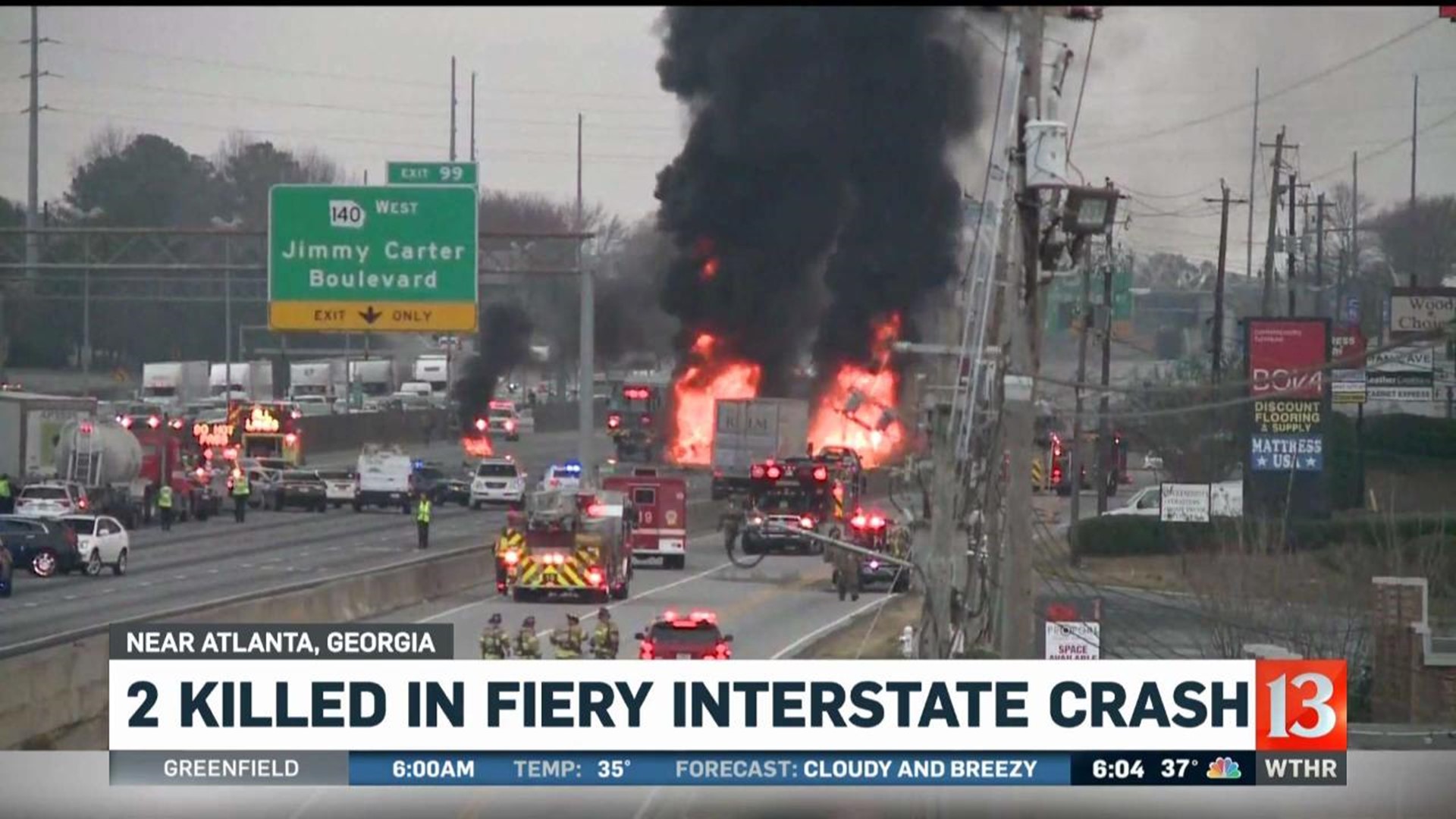 ATLANTA, Ga. (WXIA) - A multi-vehicle crash involving a fuel truck on Interstate 85 outside Atlanta resulted in a massive fire that killed one person and sent drivers scrambling for safety.

When firefighters got to the scene Saturday morning, they say the tanker was on fire and the fuel was spreading through a nearby sewer drain that ran under the highway.

The burning fuel emerged from one storm drain in front of a restaurant, causing a brush fire and knocking out power.

Traffic on the highway was stopped in both directions. People were forced to leave their cars behind and flee for safety.

Nearby businesses were evacuated as firefighters waited for the fire to burn itself out.

Gwinnett Police Officer Jacob Albright told WXIA, “It spread fairly quickly while on scene trying to evacuate drivers. Officers looked over southbound Interstate 85, and saw explosions coming out of the manhole covers is what they described."

Gwinnett County Fire Lt. Justin Wilson said, "We were able to come up with a game plan to let the fuel burn because we knew it was already entering the storm drains.”

Officials say the fire damaged all the northbound lanes of the interstate, which will have to be repaved before it can be reopened.

They say they will try to repave the interstate Saturday night and have it open sometime Sunday.