Two sisters believe everything is possible after a clerical error led to a long-awaited reunion. 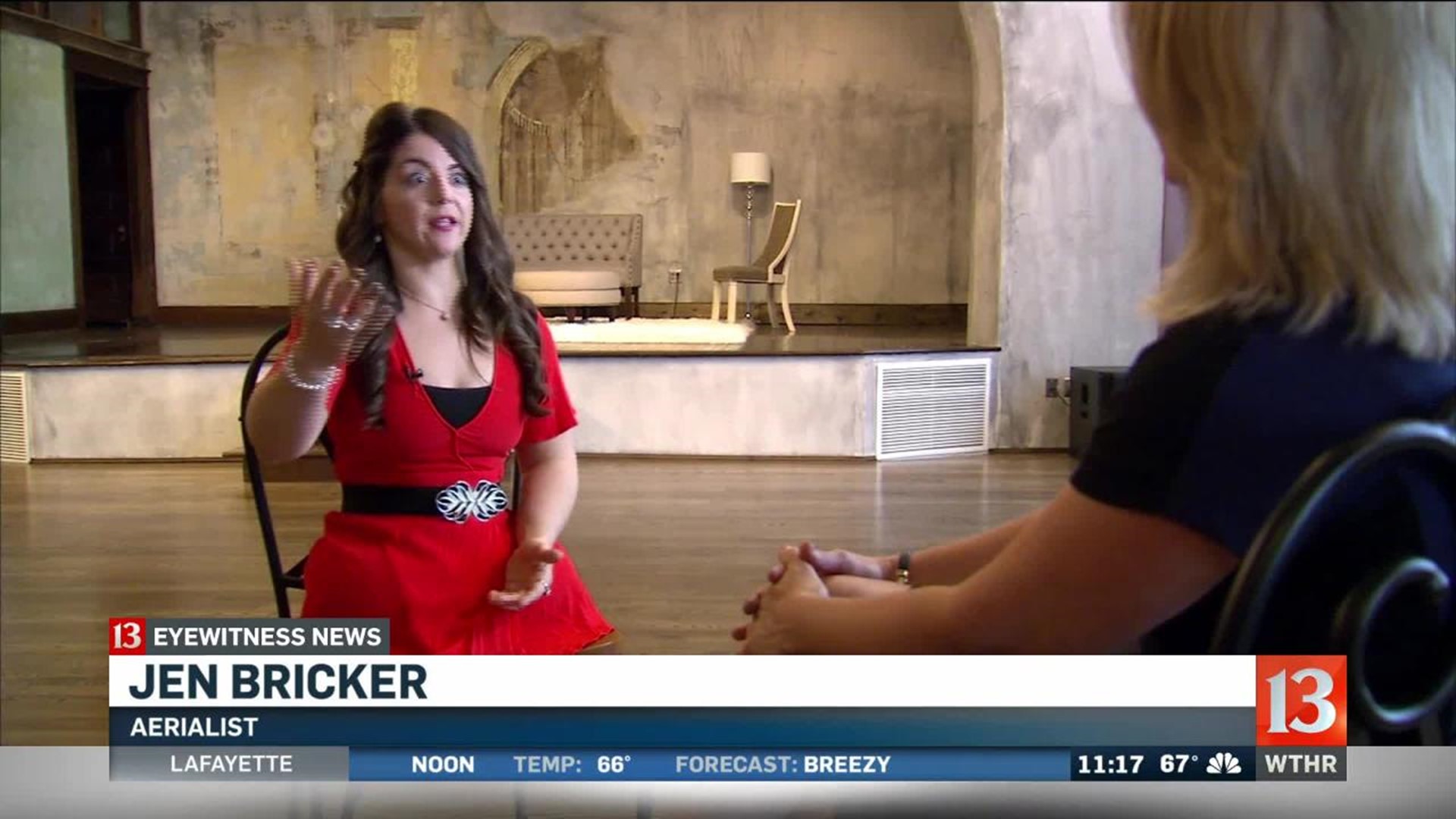 INDIANAPOLIS (WTHR) - Two sisters believe everything is possible after a clerical error led to a long-awaited reunion.

Both sisters are celebrities in their own right - Dominique Moceanu is an Olympic medalist in gymnastics, Jen Bricker is an opening act for Britney Spears - but they never met until they were adults.

"Finding out about my long-lost secret sister was ultimately the shock of my life," Moceanu said.

She says her reunion with Bricker is a lesson in forgiveness.

"In itself, it's an amazing story on how the stars aligned to be the way they were for us to meet, because it was all due to a clerical error that we even know about each other," she said.

Jen, an infant born without legs, is Dominique's little sister. Their parents gave Jen up at birth.

"You know, they grew up in Romania, so they think that if anything is wrong with them, that they put them in adoption," said Bricker's father, Gerald.

Gerald Bricker and his wife Sharon had three boys and hoped for a daughter. They adopted Jen, raising her in southern Illinois, climbing trees, jumping on the backyard trampoline, played softball and won awards tumbling.

"I was always drawn to gymnastics as early as I can remember," Jen said. "Then I saw Dominique one day and I was drawn to her on TV."

She says she "always knew" she was Romanian, thanks to closed adoption records, which mistakenly listed the names of Jen's birth parents.

"We knew all of it, back to the great-grandparents," Gerald Bricker said.

"We were watching the Olympics...and I knew Dominique's last name was Moceanu. They panned out into the audience and showed Camelia and Dumitru and had their names there and I knew from the birth certificate those names and I freaked out," Sharon said. "I go, 'Well, they've got money. They might want her back!'"

But the concern was never shared with their adopted daughter, until she was 15 and started asking questions.

"I went home and asked and then, to my surprise, they tell me they know something, that my biological last name would have been Moceanu," Jen said.

She connected the dots and, ultimately, reached out to her idol and unsuspecting older sister.

"I sent Dominique a letter, pictures, copies of the adoption papers, so that she knew it was legal and legit," Jen said.

"Even though we found out in this crazy way, it was important to me to make sure that those wrongs were righted somehow and make sure that our sisterhood began off right," Dominique said.

Now, the two share their story and life lessons.

"I've learned to have compassion for my mom and forgive her. It wasn't all her fault," Dominique said. "Honestly, they gave her the best gift."

It's easy to see that as a Brinker, Jen thrived.

"She told us when she was young that she was gonna move to a big city and become famous," Gerald said.

She took her athletic ability and learned how to perform on the trampoline and as an aerialist.

"No one like me had ever been an acrobat or an aerialist. So people were just…they didn't know how to take it. They didn't know if people would respond," Jen said. "Once that highest-grossing tour in the world...being on tour with Britney Spears made my old partner and I a feature act.

"Boom! All the doors opened. Nobody worried what people would say, because we had 20,000 people sometimes in house and they went nuts!"

Now she travels the world, performing and sharing her book, "Everything is Possible."

"Everyone has something that is of value that can really touch and change someone's life," she said. "All of these different moments in my life were not orchestrated by me, so God knew what He was doing and He had plans that were way above me. It's amazing to see how things have played out and I can't even imagine what is coming next."