The former New Jersey governor is urging people to wear masks and follow CDC guidance after he spent a week in intensive care with COVID-19. 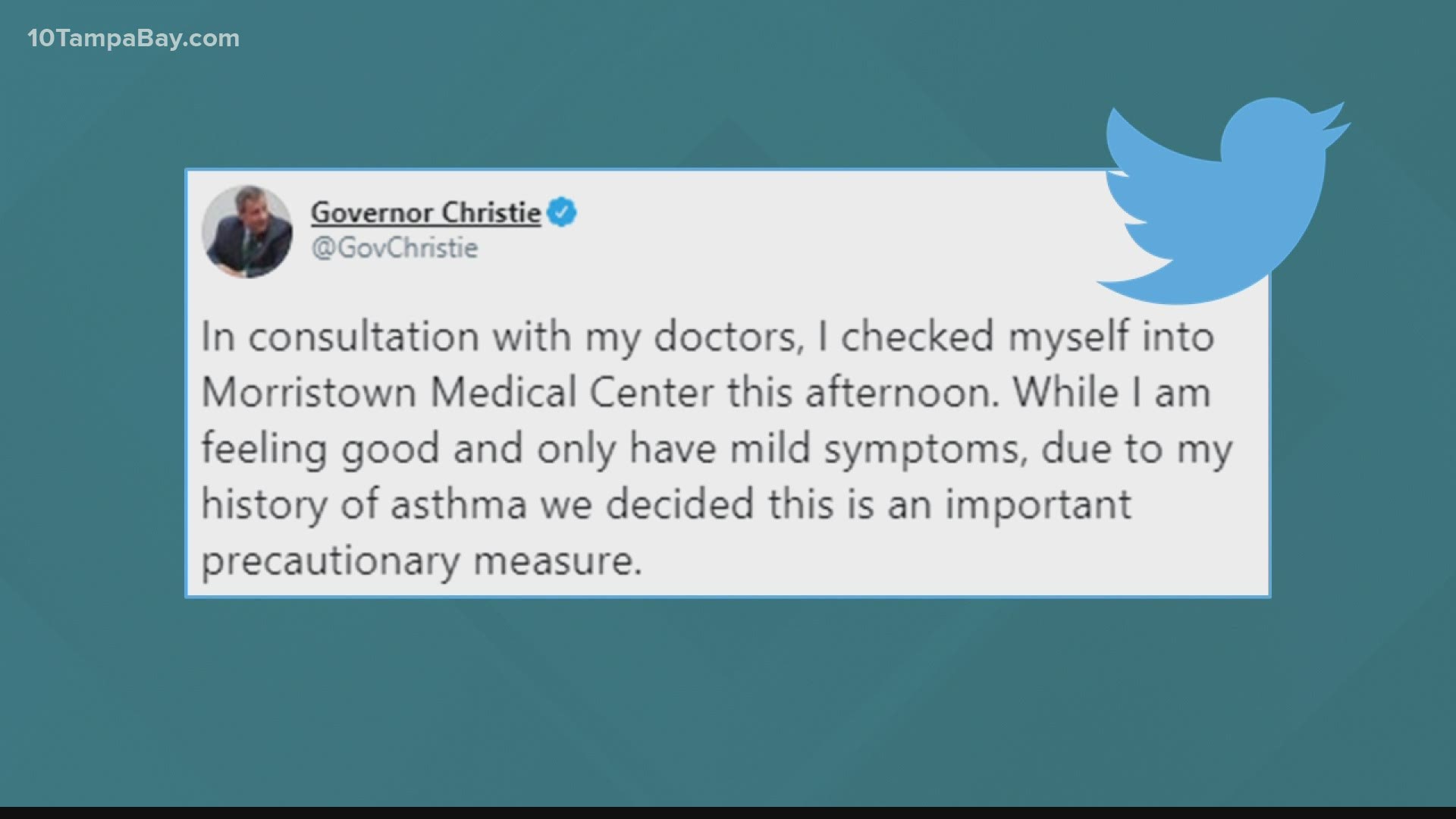 WASHINGTON, D.C., USA — Following his battle with COVID-19, former New Jersey Gov. Chris Christie says he was wrong not to wear a mask at a White House event and in debate preparation sessions with President Donald Trump. He's now urging people to take the coronavirus seriously and follow public safety guidelines from the Centers for Disease Control and Prevention.

Christie told The New York Times on Thursday that he thought he was in a "safe zone" at the Rose Garden gathering Sept. 26 honoring Trump's Supreme Court nominee Judge Amy Coney Barrett. White House officials are looking at the event where many guests sat close together without face coverings as a possible “super spreader” for the virus.

Christie was hospitalized with COVID-19 and discharged on Saturday. He said he checked himself in after deciding with his doctors that doing so would be “an important precautionary measure” given his asthma.

The 58-year-old Republican was also at high risk for negative effects of the virus because of his weight. He said he spent seven days in the intensive care unit at Morristown Medical Center.

RELATED: Chris Christie out of the hospital after week of COVID-19 treatment

Christie, Trump’s 2016 primary campaign rival, told The Associated Press on Oct. 2 that the last time he was with the president was Sept. 29 in Cleveland during preparations for his debate with former Vice President Joe Biden.

When tweeting that he had been released from the New Jersey hospital, Christie wrote that he would have “more to say about all of this next week.”

I am happy to let you know that this morning I was released from Morristown Medical Center. I want to thank the extraordinary doctors & nurses who cared for me for the last week. Thanks to my family & friends for their prayers. I will have more to say about all of this next week.

Christie released a statement Thursday, CNN and NBC also reported, that says "we have not treated Americans as adults, who understand truth, sacrifice and responsibility." He said the nation should be reopening under guidelines of wearing masks in public, social distancing and frequent handwashing daily.

Trump has since called his illness as “a blessing from God," arguing it exposed him to promising therapeutics. He has also been an inconsistent advocate for mask wearing, holding large rallies of thousands of people where many of his supporters do not cover their faces.

At a town hall in Miami on Thursday night, Trump said of Christie's statement, “He has to say that.” The president insisted he supports masks and called Christie “a friend of mine.”