It's the first of 11 missions to build and provision the station and send up a three-person crew by the end of next year. 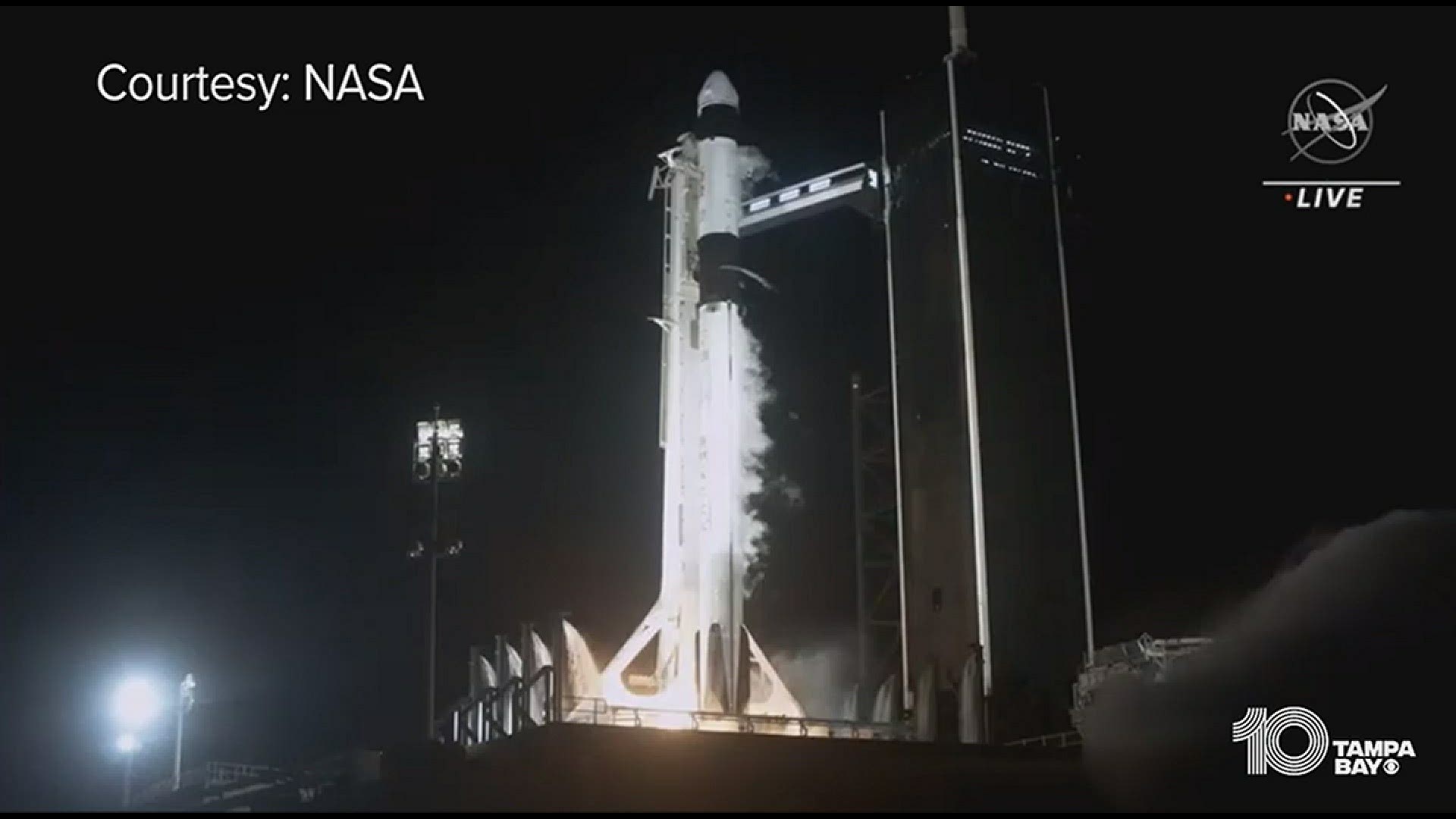 BEIJING, China — China on Thursday launched the main module of its first permanent space station that will host astronauts long term, the latest success for a program that has realized a number of its growing ambitions in recent years.

The Tianhe, or “Heavenly Harmony," module blasted into space atop a Long March 5B rocket from the Wenchang Launch Center on the southern island province of Hainan, marking another major advance for the country’s space exploration.

The launch began the first of 11 missions necessary to complete, supply and crew the station by the end of next year.

China’s space program has also recently brought back the first new lunar samples in more than 40 years and expects to land a probe and rover on the surface of Mars later next month.

Minutes after the launch, the fairing opened to expose the Tianhe atop the core stage of the rocket, with the characters for “China Manned Space” emblazoned on its exterior. Soon after, it separated from the rocket, which will orbit for about a week before falling to Earth, and minutes after that, opened its solar arrays to provide a steady energy source.

The space program is a source of huge national pride, and Premier Li Keqiang and other top civilian and military leaders watched the launch live from the control center in Beijing. A message of congratulations from state leader and head of the ruling Communist Party Xi Jinping was also read to staff at the Wenchang Launch Center.

The launch furthers the “three-step” strategy of building up China's manned space program and marks “an important leading project for constructing a powerful country in science and technology and aerospace," Xi's message said.

The core module is the section of the station where astronauts will live for up to six months at a time. Another 10 launches will send up two more modules where crews will conduct experiments, four cargo supply shipments and four missions with crews.

At least 12 astronauts are training to fly to and live in the station, including veterans of previous flights, newcomers and women, with the first crewed mission, Shenzhou-12, expected to be launched by June.

RELATED: False alarm: No space junk threat after all to SpaceX crew

Tianhe will have a docking port and will also be able to connect with a powerful Chinese space satellite. Theoretically, it could be expanded to as many as six modules. The station is designed to operate for at least 10 years.

Tianhe is about the size of the American Skylab space station of the 1970s and the former Soviet/Russian Mir, which operated for more than 14 years after launching in 1986.

The core module will provide living space for as many as six astronauts during crew changeovers, while its other two modules, Wentian, or “Quest for the Heavens,” and Mengtian, or “Dreaming of the Heavens,” will provide room for conducting scientific experiments including in medicine and the properties of the outer space environment.

China began working on a space station project in 1992, just as its space ambitions were taking shape. The need to go it alone became more urgent after was excluded from the International Space Station largely due to U.S. objections over the Chinese program’s secretive nature and close military ties.

After years of successful rocket and commercial satellite launches, China put its first astronaut into space in October 2003, becoming only the third country to independently do so after the former Soviet Union and the United States.

Along with more crewed missions, China launched a pair of experimental, single-module space stations — Tiangong-1, which means “Heavenly Palace-1,” and its successor, Tiangong-2. The first burned up after contact was lost and its orbit decayed, while the second was successfully taken out of orbit in 2018.

The Tiangong-2 crew stayed aboard for 33 days.

While NASA must get permission from a reluctant Congress to engage in contact with the Chinese space program, other countries have been far less reluctant. European nations and the United Nations are expected to cooperate on experiments to be done on the completed Chinese station.

The launch comes as China is also forging ahead with crewless missions, particularly in lunar exploration, and it has landed a rover on the little-explored far side of the moon. In December, its Chang’e 5 probe returned lunar rocks to Earth for the first time since the U.S. missions of the 1970s.

Meanwhile, a Chinese probe carrying a rover is due to set down on Mars sometime around the middle of next month, making China only the second country to successfully accomplish that after the U.S.

The Tianwen-1 space probe has been orbiting the red planet since February while collecting data. Its Zhurong rover will be looking for evidence of life.

Another Chinese program aims to collect soil from an asteroid, a key focus of Japan’s space program.

China plans another mission in 2024 to bring back lunar samples and has said it wants to land people on the moon and possibly build a scientific base there. No timeline has been proposed for such projects. A highly secretive space plane is also reportedly under development.

China has proceeded in a more measured, cautious manner than the U.S. and Soviet Union during the height of the space race.

One recent setback came when a Long March 5 rocket failed in 2017 during development of the Long March 5B variant used to put Tianhe into orbit, but that caused only a brief delay.

Credit: AP
A Long March 5B rocket carrying a module for a Chinese space station lifts off from the Wenchang Spacecraft Launch Site in Wenchang in southern China's Hainan Province, Thursday, April 29, 2021. China has launched the core module on Thursday for its first permanent space station that will host astronauts long-term. (Chinatopix via AP)