Cancer is the biggest killer of America’s firefighters

Firefighters are known to have a dangerous profession, but what's killing many of them is an unforeseeable danger. 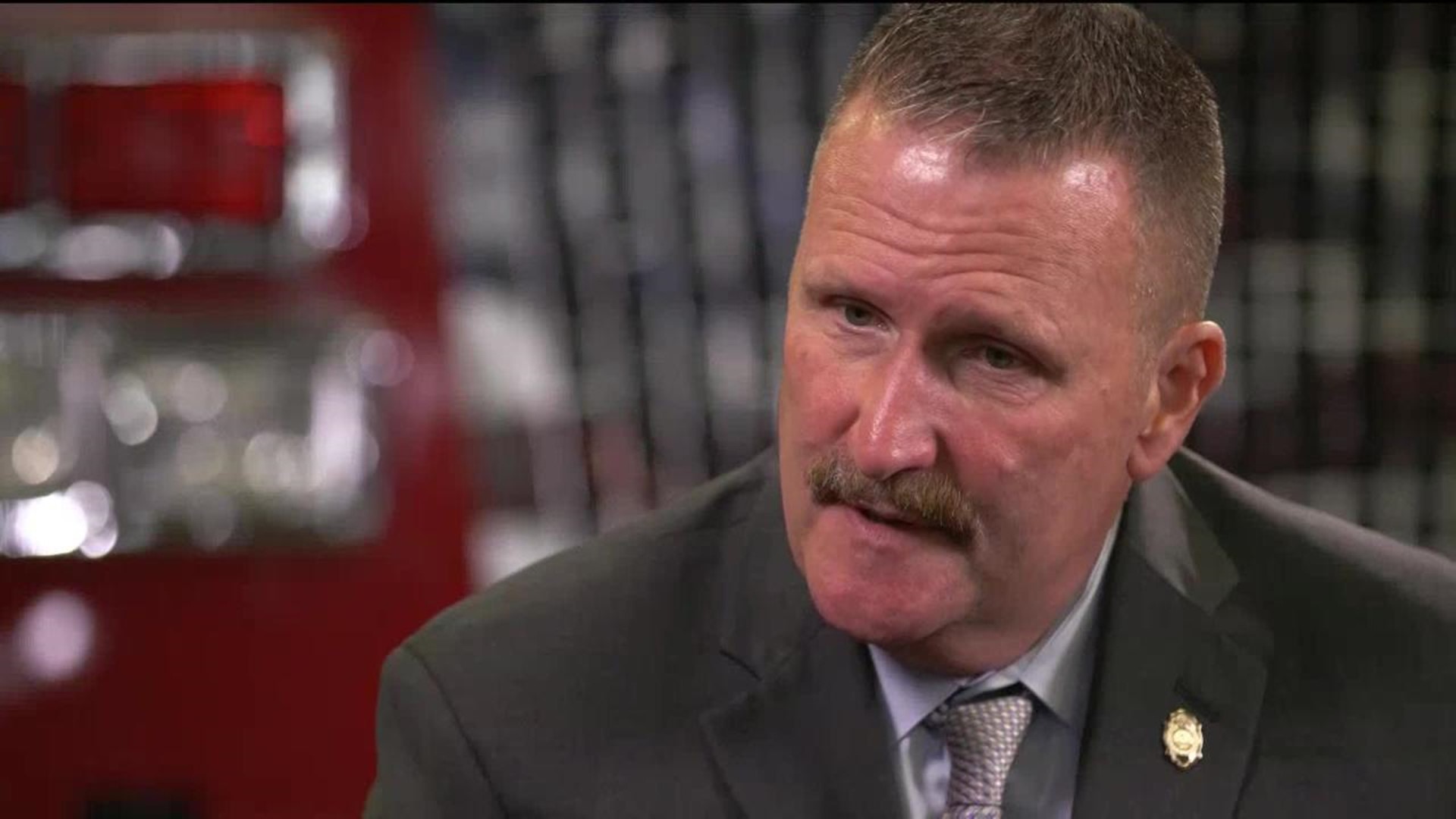 But while they are equipped with state-of-the-art apparatus and protective clothing, what’s killing them is a danger they often can’t see: cancer.

“We're seeing a lot of younger members in their 40s, early 40s, who've got 20 years on the job, who are developing these cancers at a very young age,” Finn told NBC News.

Each month, another three active or just-retired firefighters are diagnosed with cancer. The cancer rate among firefighters is more than twice the rate for Boston residents — and it’s illegal for firefighters in Boston to smoke.

At the Dana Farber Cancer Center at Brigham and Women’s Hospital, firefighter Glenn Preston is being treated for blood cancer.

He’s already had chemotherapy and a bone marrow transplant. He invited NBC News to his hospital room to talk, but the crew had to wear surgical masks and gloves, swabbing the camera gear down with alcohol to lessen the risk of introducing a virus that could prove fatal to Glenn.

Married with four children, Preston is just 41 years old and a native Bostonian.

“For me, it's a passion,” he explained. “Other than God, family, and my country. There's nothing I love more than being a Boston firefighter.”

In 2002, Preston was among 200 firefighters who responded to a massive inferno at a power plant on the city’s south side. Inside the building, he became separated from his crew as chemicals rained down from the roof, coating his protective turnout gear in a petroleum-jelly-like goo.

“That’s the most scared I've ever been in my life, I think.”

When he finally made it out, his jacket was covered in a slick slime, possibly containing PCBs.

Of the 200 firefighters who responded, a quarter have since been diagnosed with cancer or cardiac ailments, according to the commissioner.

The International Association of Firefighters says cancer is now the leading cause of death among firefighters.

While thirty years ago, firefighters were most often diagnosed with asbestos-related cancers, today the cancers are more often leukemia, lymphoma or myeloma, officials say.

The most aggressive cancers were oral, digestive, respiratory and urinary.

Researchers say one big reason for the change is that firefighters today are fighting very different blazes. Modern homes and businesses full of synthetics, plastics and chemicals that can explode much faster and coat firefighters in a toxic soot.

A National Institutes of Health study tracked nearly 30,000 firefighters across the country in 2010 and found higher rates of cancer than the general population.

Congress is currently considering whether to approve the creation of a National Firefighter Cancer Registry — to get a firm handle on the number of deaths.

Now, fire departments nationwide are ordering their men and women to take the danger from chemicals much more seriously. No longer is a firefighter’s soot-covered face a badge of honor. Departments are buying air tanks that provide oxygen for 45 minutes, rather than the standard 30 minutes.

Incident commanders are ordering firefighters to keep their masks on until they are out of the smoke and washed down by decontamination teams on the scene. And back at the station, firefighters are being told to change into a second set of turnout gear while industrial washing machines clean the dirty equipment.

Finn, a 33-year veteran of the department, has been known to arrive at the scene of a fire and yell at firefighters who take their masks off too soon.

“Sometimes I use colorful language” said Finn. “I’ve buried way too many friends over my 33 years. Too many friends ... so I tell them, ‘Think about your wife, your husband, your boyfriend, your girlfriend before you take that mask off your face.”