Biden to address nation Tuesday on Afghanistan, releases this statement 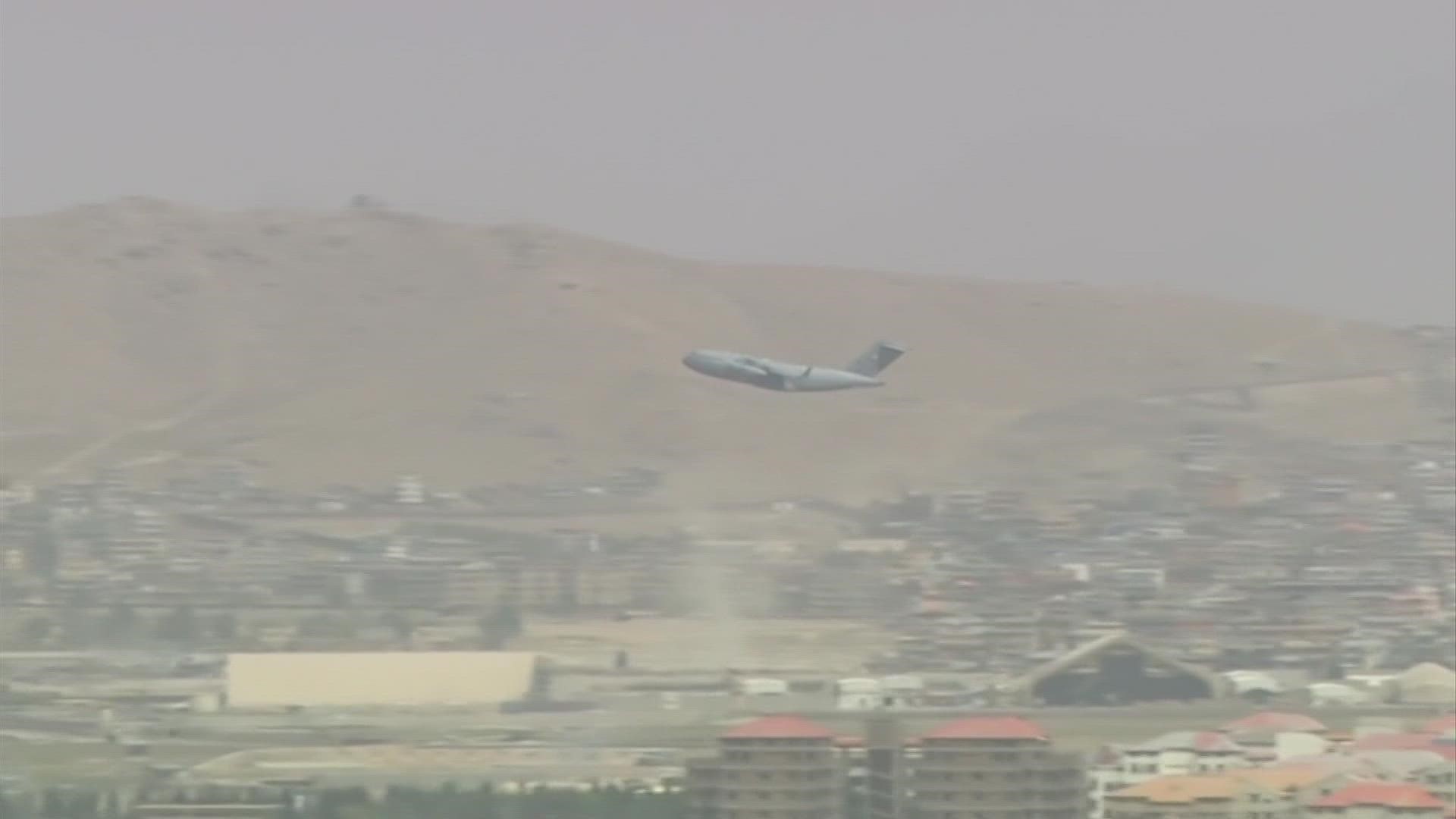 The United States completed its withdrawal from Afghanistan late Monday, ending America’s longest war. Air Force transport planes carried a remaining contingent of troops from Kabul airport. Thousands of troops had spent a harrowing two weeks protecting a hurried and risky airlift of tens of thousands of Afghans, Americans and others seeking to escape a country once again ruled by Taliban militants.

The following is a statement from President Joe Biden, released by the White House after the final troops left.

"I want to thank our commanders and the men and women serving under them for their execution of the dangerous retrograde from Afghanistan as scheduled – in the early morning hours of August 31, Kabul time – with no further loss of American lives. The past 17 days have seen our troops execute the largest airlift in US history, evacuating over 120,000 US citizens, citizens of our allies, and Afghan allies of the United States. They have done it with unmatched courage, professionalism, and resolve. Now, our 20-year military presence in Afghanistan has ended.

Tomorrow afternoon, I will address the American people on my decision not to extend our presence in Afghanistan beyond August 31. For now, I will report that it was the unanimous recommendation of the Joint Chiefs and of all of our commanders on the ground to end our airlift mission as planned. Their view was that ending our military mission was the best way to protect the lives of our troops, and secure the prospects of civilian departures for those who want to leave Afghanistan in the weeks and months ahead.

I have asked the Secretary of State to lead the continued coordination with our international partners to ensure safe passage for any Americans, Afghan partners, and foreign nationals who want to leave Afghanistan. This will include work to build on the UN Security Council Resolution passed this afternoon that sent the clear message of what the international community expects the Taliban to deliver on moving forward, notably freedom of travel. The Taliban has made commitments on safe passage and the world will hold them to their commitments. It will include ongoing diplomacy in Afghanistan and coordination with partners in the region to reopen the airport allowing for continued departure for those who want to leave and delivery of humanitarian assistance to the people of Afghanistan.

For now, I urge all Americans to join me in grateful prayer tonight for three things. First, for our troops and diplomats who carried out this mission of mercy in Kabul and at tremendous risk with such unparalleled results: an airlift that evacuated tens of thousands more people than any imagined possible. Second, to the network of volunteers and veterans who helped identify those needing evacuation, guide them to the airport, and provide support along the way. And third, to everyone who is now – and who will – welcome our Afghan allies to their new homes around the world, and in the United States.

Detective: No rush to judgment in Jussie Smollett case