Biden doesn't mention the company by name, but he addresses the need for unions and workers in Alabama, who are currently voting to create a union. 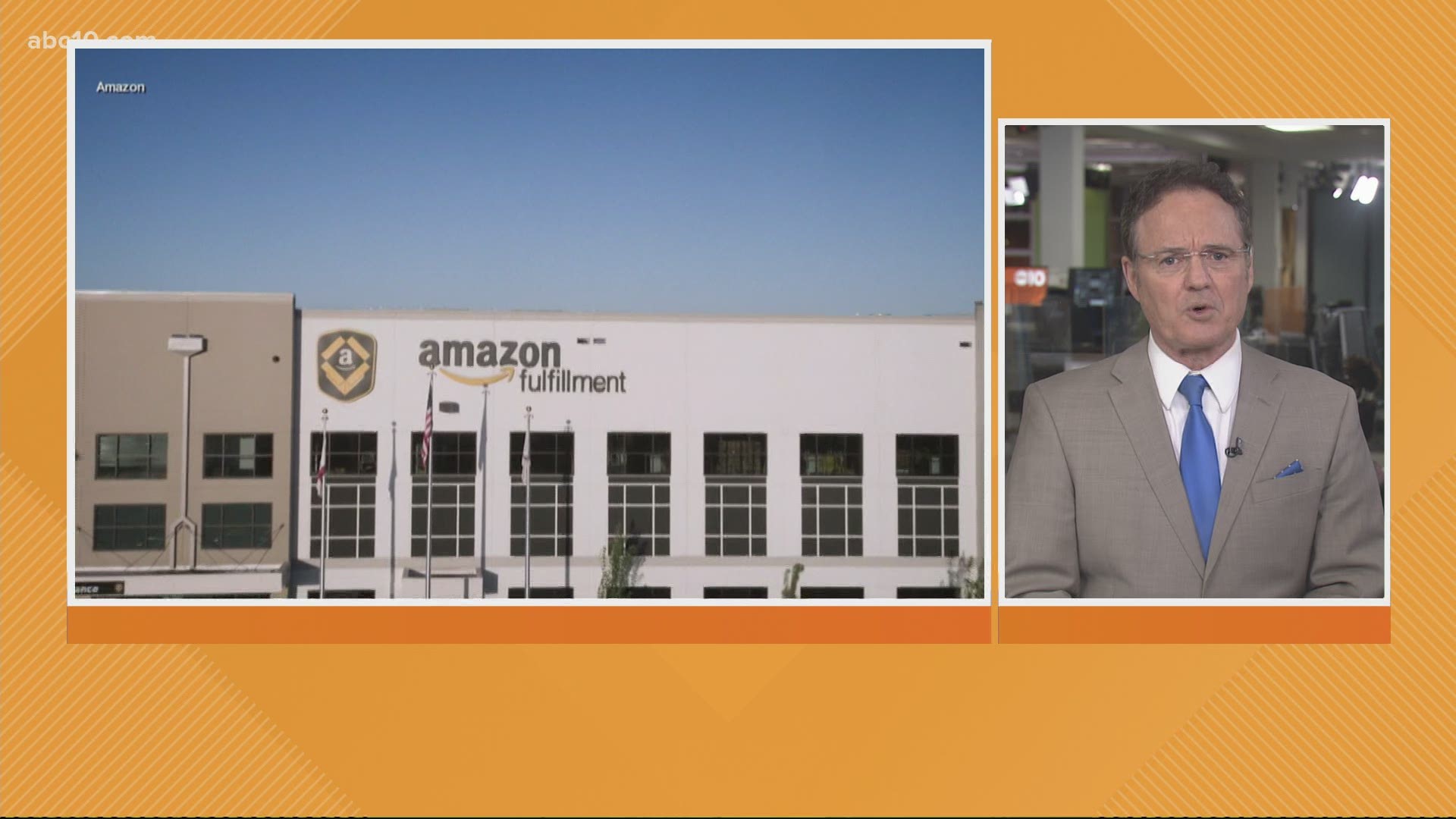 WASHINGTON — President Joe Biden on Sunday sent his support to workers in Alabama who have been pushing to unionize their Amazon positions there, saying that it is not up to employers to decide if a union should exist, but instead the workers themselves.

In the video posted on Twitter, President Biden does not mention the company by name, but he addresses the need for unions and workers in Alabama, who are currently voting to create one.

It's the largest unionization push at Amazon since the company was founded in 1995. And it’s happening in the unlikeliest of places: Bessemer, Alabama, a state with laws that don’t favor unions.

The stakes are high. If organizers succeed in Bessemer, it could set off a chain reaction across Amazon's operations nationwide, with thousands more workers rising up and demanding better working conditions. But they face an uphill battle against the second-largest employer in the country with a history of crushing unionizing efforts at its warehouses and its Whole Foods grocery stores.

"I have long said America wasn't built by Wall Street, it was built by the middle class, and unions built the middle class," Biden said in the 2-minute video. "Unions put power in the hands of workers. They level the playing field. They give you a stronger voice for your health, your safety, higher wages, protections from racial discrimination and sexual harassment."

Workers in Alabama – and all across America – are voting on whether to organize a union in their workplace. It’s a vitally important choice – one that should be made without intimidation or threats by employers.

Every worker should have a free and fair choice to join a union. pic.twitter.com/2lzbyyii1g

The union released a statement thanking the president for his support.

"Thank you, President Biden, for sending a clear message of support for the BAmazon Union workers in Alabama seeking to bring the first union to an Amazon warehouse with the RWDSU," RWDSU President Stuart Appelbaum said. " As President Biden points out, the best way for working people to protect themselves and their families is by organizing into unions. And that is why so many working women and men are fighting for a union at the Amazon facility in Bessemer, Alabama.”

Attempts by Amazon to delay the vote in Bessemer have failed. So too have the company's efforts to require in-person voting, which organizers argue would be unsafe during the pandemic. Mail-in voting started this week and will go on until the end of March. A majority of the 6,000 employees have to vote “yes" in order to unionize.

Amazon, whose profits and revenues have skyrocketed during the pandemic, has campaigned hard to convince workers that a union will only suck money from their paycheck with little benefit. Spokeswoman Rachael Lighty says the company already offers them what unions want: benefits, career growth and pay that starts at $15 an hour. She adds that the organizers don't represent the majority of Amazon employees' views.

But according to Sylvia Allegretto, an economist and co-chair of the Center on Wage and Employment Dynamics at the University of California, Berkeley, “history tells us not to be optimistic.”

The last time Amazon workers voted on whether they wanted to unionize was in 2014, and it was a much smaller group: 30 employees at a Amazon warehouse in Delaware who ultimately turned it down. Amazon currently employs nearly 1.3 million people worldwide.

Also working against the unionizing effort is that it's happening in Republican-controlled Alabama, which generally isn’t friendly to organized labor. Alabama is one of 27 “right-to-work states” where workers don’t have to pay dues to unions that represent them. In fact, the state is home to the only Mercedes-Benz plant in the world that isn’t unionized.

"You should all remember the National Labor Relations Act didn't just say that unions are allowed to exist, it said we should encourage unions," Biden added. "So let me be really clear; it's not up to me to decide whether anyone should join a union, but let me even more clear; it's not up to an employer to decide that either. The choice to join a union is up to the workers -- full stop."

Unions have been forming in unusual places recently. Last month, about 225 Google engineers formed a union, a rarity in the high-paid tech industry. Google has fired outspoken workers, though the company says it was for other reasons.

RELATED: Stimulus or relief: Which term is correct for Biden's COVID rescue plan?