After not being able to find a Santa Claus that her sons could relate to, a mom decided to take matters into her own hands. 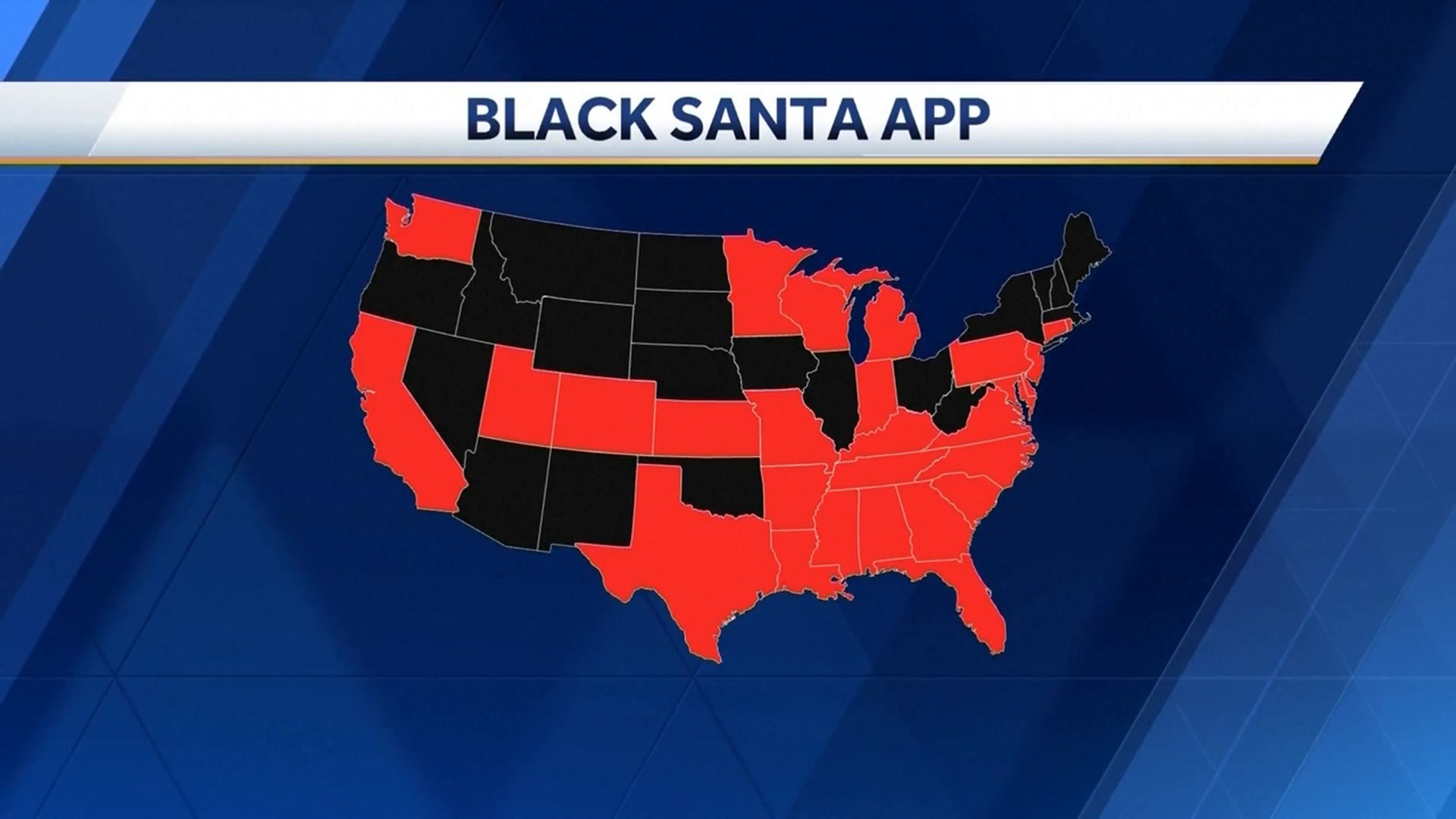 BALTIMORE, Maryland (WBAL) - After not being able to find a Santa Claus that her sons could relate to, a mom decided to take matters into her own hands.

The result was a very special app.

“I love making people feel better after you left me than you received me," says “Santa” Luke Durant, who has been a fixture at Mondawmin Mall for 35 years.

It's a job he loves.

Donita Hickman figures she has a Santa picture with Luke "for like the last 20 years if I’m not mistaken. And I appreciate what he does."

"You have to bring joy,” Durant says. “I mean, to bring joy to the world, you need to be a motivator too. It's more than just being a 'ho, ho, ho' Santa. Santa takes on a lot of roles. You know what I mean? Sometimes you're clergy, and you're a comforter, and you're a healer- all kinds of things."

Luke is one of the few African American Santas to be found at Baltimore area malls.

If you're looking for an African American Santa like Santa Luke-- there's an app for that,

Dallas psychiatrist Jjihan Woods created the app with her twin boys in mind.

The app lists Santas in 35 states and Washington, D.C. - from Oregon, to one in the Mall of America, and as far south as Florida.

She's even located them in London, Canada, and Amsterdam.

And of course she has Santa Luke listed.

Since creating the app, organizations have reached out to tell her about their black Santas. And black Santas have asked her to list them for events.

"I think it's a great idea whether they are black, white, red, or yellow,” said Warren Griffin, who brough his daughter to meet Santa Luke. “But the fact of the matter that we can look for black Santa is the catch right there. So yeah, good, very good."

Santa Luke says he's happy to be included in the app. He says people have mistaken him as Hispanic, Asian, and white.

Color he says should not be the focus. "You have to pick good guys to be Santa. You know, instead of judging color, you gotta judge the heart of a man."

"I do agree with Santa Luke,” said Woods, “that it really is about the magic of Christmas."

The Find Black Santa app allows users to search specific event listings and get directions to visit Santas you are interested in, as well as read other users' reviews to help other Santa-seekers find top-notch experiences.