Zelda ran away from her new owners and found her way back to her foster mom, 30 miles away. 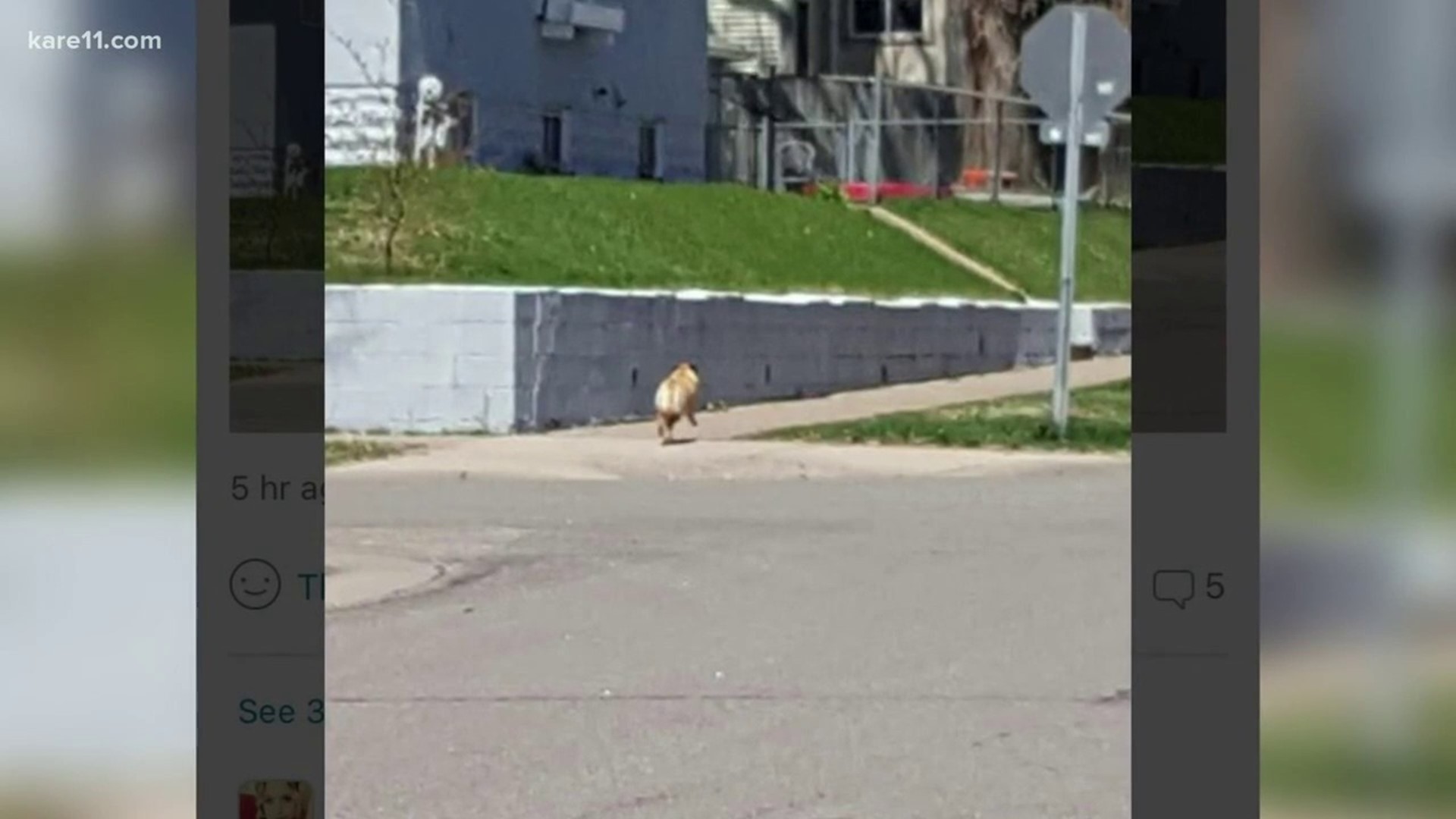 ST. PAUL, Minn. (KARE) — Zelda, a 6-year-old German shepherd mix, may not have a pedigree. But no one can question her sense of direction.

The skittish mutt found her way back to her old neighborhood in St. Paul, Minnesota after being adopted by a family in Chanhassen, Minnesota nearly 30 miles away.

"She definitely has some superpowers," Seneca Krueger, who fostered Zelda, said with a laugh. "I'm still trying to figure out what other things she can do."

Zelda’s journey began much earlier, when she arrived at Wags & Whiskers, a Twin Cities animal rescue, from an overflowing shelter in Texas.

Wags & Whiskers selected Krueger to foster Zelda. Krueger was familiar with fostering. By her estimate, she’d taken between 30 and 40 dogs into her home previously.

Zelda stayed with Krueger seven months — much of that time scared of her own shadow. Krueger said Zelda didn't wag her tail for two months and took four months to bark, or make any other dog sounds.

But by January she'd made enough progress to be adopted.

A family in Chanhassen stepped up to take Zelda in permanently. Or so, everyone thought, including Krueger, who found herself missing Zelda more than she expected.

"Out of 30, 40 foster dogs, what happens is you love them, and then you let them go and you take the next one," Krueger said. "And with Zelda, I adopted her out and spent three days crying. I felt like I had lost my dog."

Notified of Zelda's escape, Krueger immediately joined the search for the runaway.

"Three times a week I was out for four or five hours," she said. "The days where it was 30 below were the days I was most worried about her. I was out all day trying to find her so that she could be warm."

But Zelda was on the move. Social media posts yielded dozens of sightings, from Chanhassen all the way to Orono, north of then-frozen lake Minnetonka.

"I never believed I wouldn't find her," Krueger said.

But she needed help.

Krueger enlisted the services of Niki Taylor and Kathy Brunner with START for Dogs, a lost pet all-volunteer tracking organization.

Taylor and Brunner joined the hunt, posting flyers and following leads, which, after weeks of searching, suddenly went cold.

Brunner, especially, feared the worst. "We thought she could be in the lake and didn't make it," she said.

Then 51 days after the last sighting, someone captured a photo through a car window of a German shepherd mix walking along St. Mary's Cemetery in Minneapolis.

And why was she willing to extend the effort for a dog for whom she was no longer responsible? "Because I love her," Krueger said. "And I really believed that she was trying to find me, and I wanted to make sure she didn’t have to travel the rest of the way."

Krueger's searching continued as multiple social media sightings showed Zelda had crossed the Mississippi River and had found her way back to St. Paul.

Then, someone snapped a picture of, what appeared to be Zelda, two blocks from Krueger's home.

"I couldn't sit still," Krueger said. "I was just out — I would walk for an hour and come back and see if she was here, and immediately, back out for another hour."

Then, earlier this month — a couple miles from Krueger's house — Zelda wandered into an alley behind the home of Mike and Susan Willis.

Zelda had chosen a fortuitous path.

"I just started feeding her right away," Susan Willis said with a smile, "because that's what Susans do. They feed."

And sure enough, Susan's dinners kept bringing Zelda back.

For Taylor and Brunner, it was a major break. They set up a trail camera and captured overnight images of the hungry visitor.

"And I was thinking, 'That's her, that’s got to be her big fluffy tail,'" Taylor said.

The next night, Willis' food was placed inside a trap set up by Taylor and Brunner.

Krueger was sleeping on the couch with her clothes on ready to roll, when the phone rang at 4:34 a.m.

She arrived in the alley a few minutes later, but initially had her doubts. The dog in the cage seemed thinner than Zelda, with a lighter colored hair. Both turned out to be results of Zelda’s time on the road.

Taylor checked the caged dog’s implanted chip. The numbers matched. They had Zelda.

Krueger fell to her knees crying. “You found me," she told Zelda. "I never stopped looking for you."

In the week since, Krueger has officially adopted Zelda. The family in Chanhassen surrendered its rights to the dog that had stayed with them only a few days.

"I think we believe we choose dogs, but I really think it's dogs who choose us, and I think that's what happened," Krueger said.

Taylor and Brunner have seen a lot during their searches for lost pets, but nothing that's compared to Zelda’s 97-day odyssey.

"She brought us from Carver County to Hennepin County to Ramsey County. I wish I knew how she knew how to get here, but she made it," Taylor said.

Krueger has taken to calling Zelda "The Wonderdog." Spelled wonder or wander, Zelda has earned the title.

"When I think how much work all of us put in to find her, she was putting in so much more work to find me," Krueger said. "It's love."