A 5-year-old Indianapolis boy made the holiday season a lot merrier for dozens of police officers. 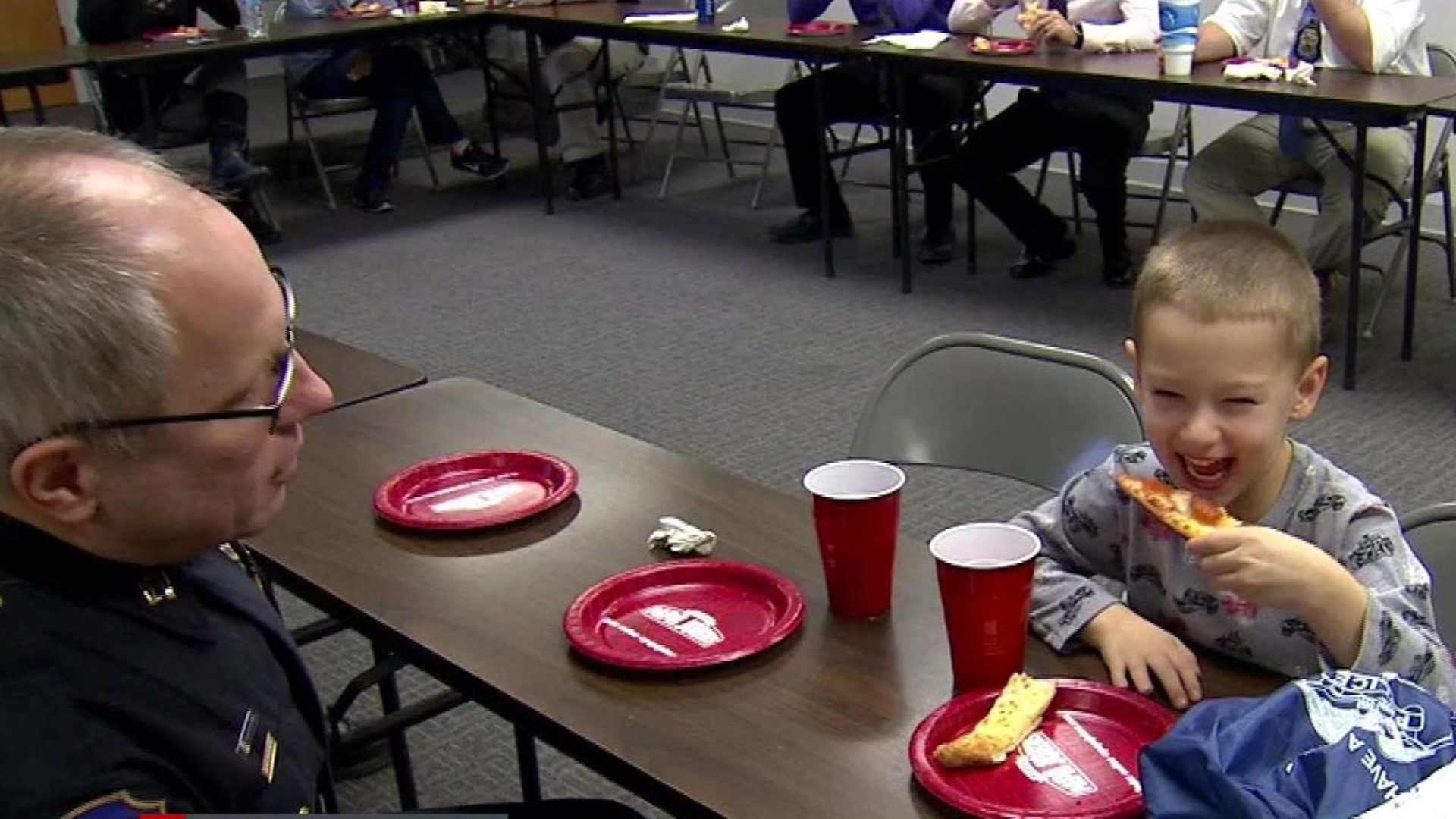 INDIANAPOLIS (WTHR) - A 5-year-old Indianapolis boy made the holiday season a lot merrier for dozens of police officers.

Metro police officers are used to meeting people when something is wrong, but officers at IMPD's Southeast District met a young man Thursday who stole their hearts.

People who meet young Brian Ross can't help but fall in love with him, and that includes the staff and officers at the Southeast District, like Captain Steve Ferklic.

"This just brings home why we do what we are doing and reinvigorate people, especially me when we see that," Ferklic said.

Brian and his mother surprised the Southeast District with a free pizza party as their lunch for the day. That meant a huge delivery of pizzas with all the fixings.

"Papa John's had a contest on their Facebook page about a police station that does well in their community, so we nominated this one," said Brian's mother, Kelly, said.

"His gift to us when winning this contest is what Christmas is all about," said Ferklic.

During the lunch, Brian had the chance to get up close and personal with officers. This is the type of community relations Metro Police is working to develop across the city. It’s a far cry from what officers deal with on a day-to-day basis.

Especially as IMPD works to lower violent crimes like the number of murders and non-fatal shootings we've seen this year.

"We are grateful of him thinking of us. There are days when we have an easy job and there are days that are difficult," Ferklic said.

Southeast District officers thanked Brian with a few gifts of their own, but the highlight of his visit to the police station was sitting at the controls of a police car.

Years from now, snapshots taken by Brian’s mother will help remind the 5-year-old about the day he had pizza with the police just days before Christmas.