5 stabbed at rabbi's house on Hanukkah; suspect in custody

Authorities say that five people were stabbed north of New York City during a Hanukkah celebration late Saturday night and a possible suspect has been located. 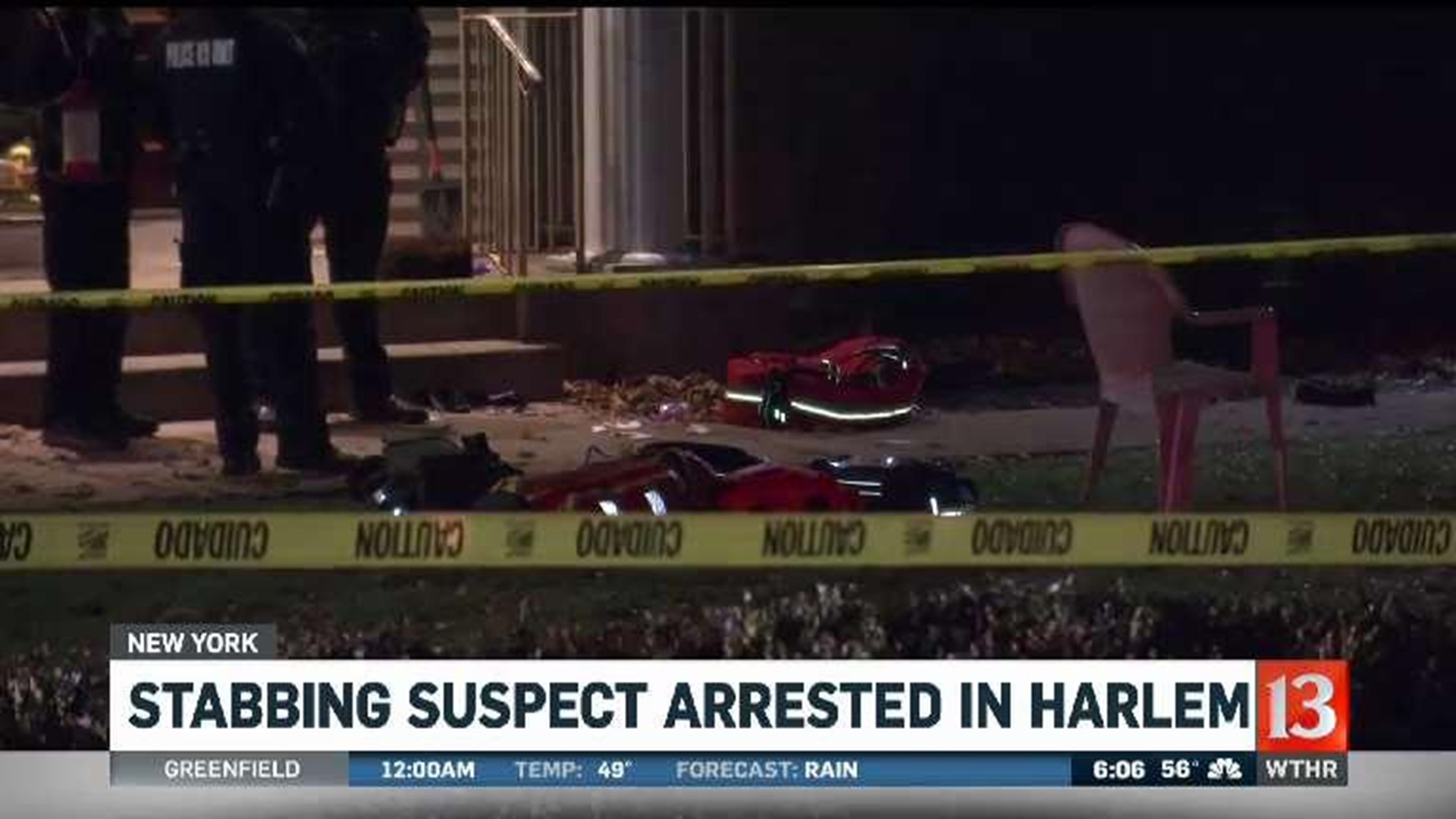 MONSEY, N.Y. (AP) — A man stabbed and wounded five people as they gathered at a rabbi's home north of New York City to celebrate Hanukkah, in an attack that the governor said Sunday was fueled by intolerance and evidence of a “cancer” in American politics.

A suspect is in custody at the Ramapo Police headquarters and will face five counts of attempted murder and one count of burglary, according to Police Chief Brad Weidel. Police identified him as Grafton E. Thomas, 37, of Greenwood Lake, New York.

The Saturday night stabbings north of New York City on the seventh night of Hanukkah come on the heels of a string of attacks targeting Jews in the region, including a massacre at a kosher grocery store in New Jersey earlier this month. The rabbi's home is in Monsey, a town not far from the New Jersey state line and one of several in the Hudson Valley that has seen an influx of Hasidic Jews in recent years. The Rockland County town is about 35 miles north of New York City.

One person was very seriously wounded, the governor told reporters, and remained in critical condition. The rabbi's son was also injured, Gov. Andrew Cuomo said. His status and that of the other victims was not clear.

Authorities have not provided a motive for the attack, but Cuomo said it was an example of larger problems.

“This is an intolerant time in our country,” he said to reporters outside the rabbi's home on Sunday morning. “We see anger, we see hatred exploding.”

He added: “It is an American cancer on the body politic.”

He said he thought the crime was an act of domestic terrorism and expected it to be prosecuted that way.

Police said the stabbings happened at around 10 p.m. A witness saw the suspect fleeing in car and alerted police to license plate number, Weidel, the police chief in Ramapo, which covers Monsey, said. That allowed police to find his vehicle as he entered New York City, where police apprehended.

“It was critical to the case,” said Weidel.

The Orthodox Jewish Public Affairs Council for the Hudson Valley region tweeted reports that the stabbings took place at the house of a Hasidic rabbi during a Hanukkah celebration.

The large home on Forshay Road remained cordoned off with yellow crime-scene tape early Sunday. According to public records, the home belongs to Rabbi Chaim Rottenberg, who leads the adjacent synagogue. Several state and local officials had described the location of the stabbings as a synagogue.

Aron Kohn told The New York Times he was inside the residence during the stabbings.

“I was praying for my life,” said Kohn, 65. “He started attacking people right away as soon as he came in the door. We didn’t have time to react at all.”

The attack drew condemnation from top state officials, including Gov. Andrew Cuomo and Attorney General Letitia James, as well as from Israel's president and prime minister.

“Israel unequivocally condemns the recent expressions of anti-Semitism and the vicious attack in the middle of Hanukkah on the rabbi's house in Monsey, New York," Israeli Prime Minister Benjamin Netanyahu said. "We send our wishes of recovery to the wounded. We will cooperate in every way with the local authorities in order to defeat this phenomenon. We offer our help to each and every state.”

“Let me be clear: anti-Semitism and bigotry of any kind are repugnant to our values of inclusion and diversity and we have absolutely zero tolerance for such acts of hate," he said in a statement. “In New York we will always stand up and say with one voice to anyone who wishes to divide and spread fear: you do not represent New York and your actions will not go unpunished.”

Jewish communities in the New York City metropolitan area have been left shaken following a deadly Dec. 10 shooting rampage at a Jersey City kosher market. Six people — three people who had been inside the store, a police officer and the two killers — died in the gunbattle and standoff that New Jersey Attorney General Gurbir Grewal has said was “fueled” by hatred of Jews and law enforcement.

Last month, a man was stabbed while walking to a synagogue in the same town that was the site of Saturday night's attack; he required surgery. It's unclear whether the assailant has been arrested.

And this past week in New York City itself, police have received at least six reports — eight since Dec. 13 — of attacks possibly motivated by anti-Jewish bias. Mayor Bill de Blasio said Friday that police presence would increase in Brooklyn neighborhoods home to large Jewish populations.

“I am so sad for this openly #orthodox #Jewish community & the ones across the region,” tweeted Evan Bernstein, the regional director of the Anti-Defamation League of New York and New Jersey who went to the scene in Monsey. “When will a break from this hate come? When will the community be able to be relaxed again? #Hanukkah will never be the same for so many of the #Jews impacted.”