An 82-year-old man was fatally shot in his driveway in a quiet Zionsville neighborhood Wednesday, and police are still searching for his killer. 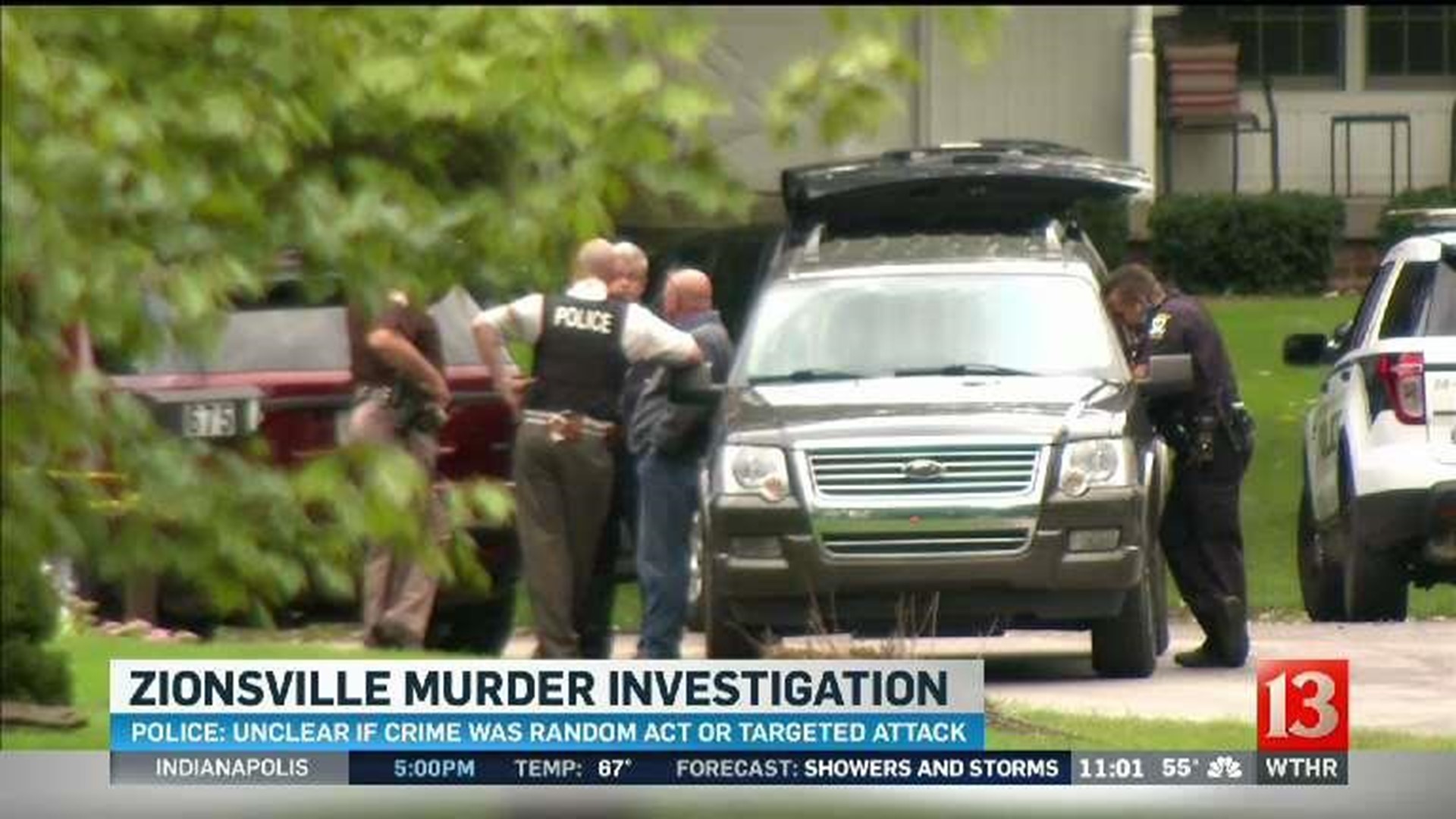 ZIONSVILLE, Ind. (WTHR) - A man was fatally shot in his driveway in a quiet Zionsville neighborhood Wednesday, and police are still searching for his killer. It's the first murder in Zionsville in 20 years, and the incident has left this quiet community in shock.

It happened in the middle of the day less than a half mile from Zionsville High School, near Mulberry St. and Terrace. The victim was identified as 82-year-old John Clements. He died shortly after arriving at the hospital.

Schools went on lockdown and police began stopping and searching every white Chevrolet Impala, matching what the killer was driving. They did that for hours as the search kept expanding and other departments joined the hunt for the murderer.

"This was an absolutely horrible tragedy. There's no way to sugarcoat this in any capacity. We take our family and our friendships in this community very personally and as an agency, we pride ourselves on being personally invested in the safety of this community. I can assure you that we are exhausting every resource agency humanly possible that we can get fast enough on the phone or email or through radio to assist in the apprehension of this individual who perpetrated this horrible tragedy today," said Sgt. Adrian Martin.

Residents are shocked that a murder could happen at anytime in Zionsville - let alone in broad daylight. This community has a reputation for being a small, friendly and very safe place where violent crime practically does not exist.

Schools were locked down as the search for the suspect took place this afternoon. Zionsville High School is adjacent to the neighborhood where the shooting took place. Eventually, that lockdown was lifted and students were allowed to leave. But those in nearby neighborhoods remain stunned about what has happened.

"Scary, just because we have young kids that, you know, run around with bikes and run and play. It just kind of scares you...that something can happen that fast and our guards are not always up," said Tina Klinkose-Kyler.

"I left this house and went over there to the gas station...and all of the sudden, everyone's like, 'there was a shooting, there was a shooting,' I think, oh, in the village, it's close but not one street over...then I find out that it's, literally, I take two turns out of my subdivision and it's right there," said Madison Klinkose.

A Zionsville police car and fire truck were at the high school when students were dismissed. With an emergency lockdown lifted just blocks from the shooting scene, Zionsville High School students headed for home or their parents' cars.

Yellow tape marks the spot where man was shot and killed in own driveway in Zionsville pic.twitter.com/1B8rWTUdNj

By the early evening, life was returning to normal, with soccer practice and cross country teams training, but parents were shocked to learn what happened.

"I was just asking my son's friend. I said, 'What is going on at the school? I heard they were on lockdown,'" said Macabee.

Upon learning of the homicide, she reacted in shock, "Oh, gosh. No, I hadn't heard anything more than the alert was on our phone."

Another student's mom, Tammy Campbell, said, "Oh, you're kidding me. My goodness, I'm so sorry."

For waiting parent Kate Shay: "The schools were very responsive and getting out the information to parents. Getting us updated about what's going on."

The idea of a lockdown in this situation occurring so close to school was concerning to parents.

"Yes. We live in a community and this is an unexpected event. So it's alarming to parents and the community in general. And it's a sad case," she said.

"They just kind of went over the intercom and said it is not a drill. There was a shooting downtown. And so they said we have to go into lockdown. So our teacher just lock the door and let us continue our class," he said.

Parents we spoke with pleased with the way the school district dealt with the emergency. But they are concerned this could happen so close to school in a place they consider very safe.