When 10-year-old Noah Taylor gave another boy his coat, his mother was touched - then she followed his lead. 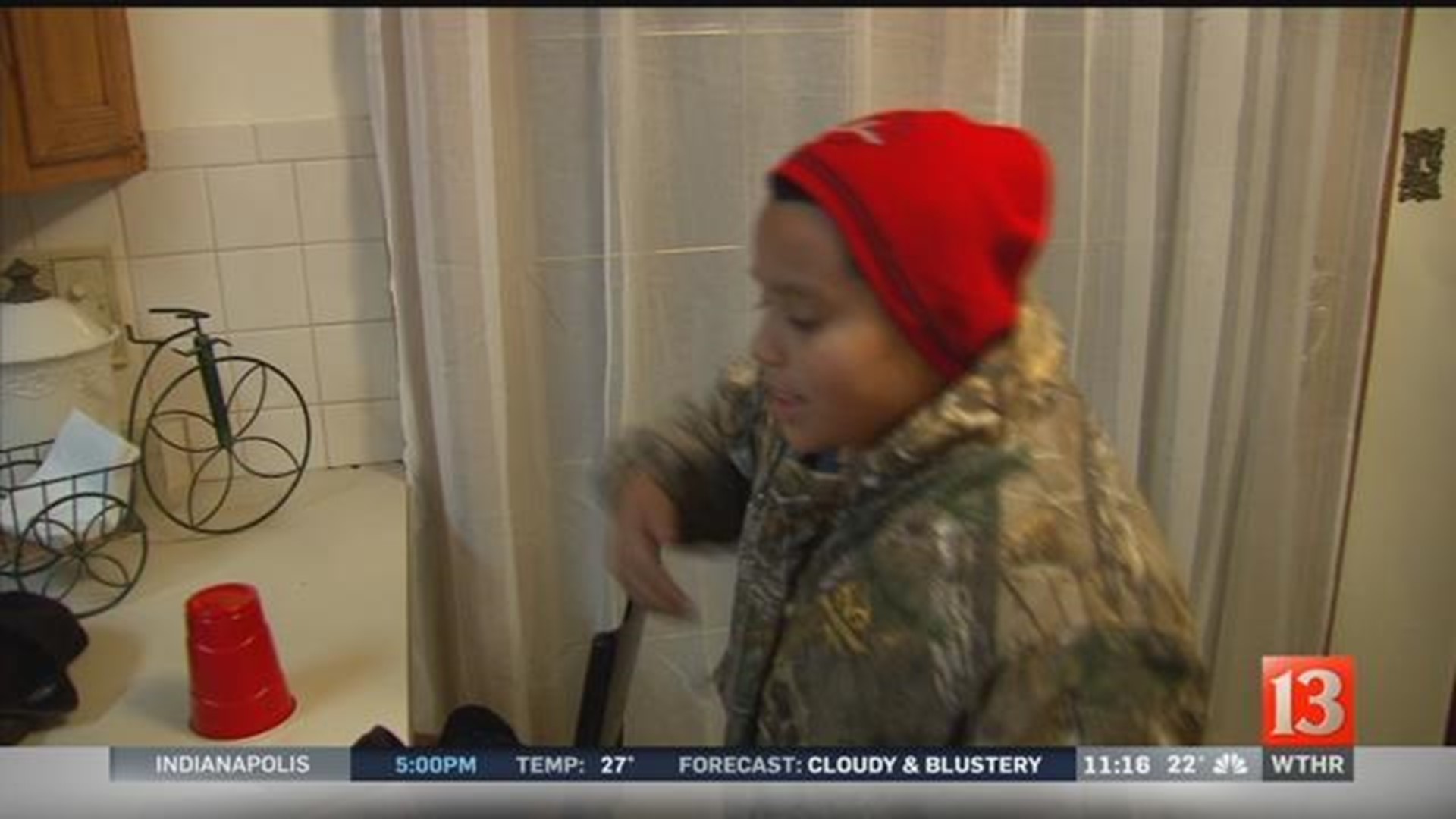 It's a tough time of year to be without a coat, but a young boy found himself in that situation earlier this week.

At 10 years old, Noah Taylor has everything he needs and even some of what he wants, like the hoverboard he just got for Christmas.

At home, it's just Noah and his mom, Debra.

"It's really easy for everything to be mine, mine, mine because he doesn't have to share," explained the single mother.

This week, though, it was Debra who learned a thing or two about sharing from Noah as they were leaving a local doctor's office.

"As we were leaving a boy and his mother walked in and I asked, 'Where's your coat?'" recalled Noah. "He didn't have one, so I took off mine and gave it to him."

"Then he turned around and looked at me and I was still kind of amazed at that," said Debra of what she had just witnessed her son do.

"And he looked at me like, 'You need to hurry up and get your coat off. Take off your coat,'" she said Noah seemed to be saying to her with his eyes.

So Debra followed her son's lead and gave her coat to the mother whose name she never got.

"She just started crying and said she couldn't take it," said Debra.

"At our school they say, 'When you give something to someone, it's not really yours anymore.  It's theirs'," explained Noah.

"He turned around and asked me if those were tears of joy and I said, 'Yeah.' And he was done.  And that was it. He grabbed my hand and we ran out to the Jeep and went on our way," said Debra.

The moment stayed with her so much, Debra shared it with friends on Facebook, not so much as a proud mom, but one who'd just learned an important lesson from her own child.

"It never crossed my mind that they didn't have coats, but it did his. So it was very humbling to me to think he's mine and he picked up on that so much quicker than I did," said Debra.

Since then, Noah hasn't thought a lot about the coat he gave away.  After all, he's got others.

"But I have thought of the kid and now, like, anytime he wants to go out and play he can use that and be warm and not even cold anymore," explained Noah.

For this 10-year-old, it simply comes down to this.

"When you help somebody, they're happy and you're happy," said Noah.

Wisdom out of the mouths of babes.