A veteran suffering from a mental health crisis got help from another veteran and his K-9 Jocko. 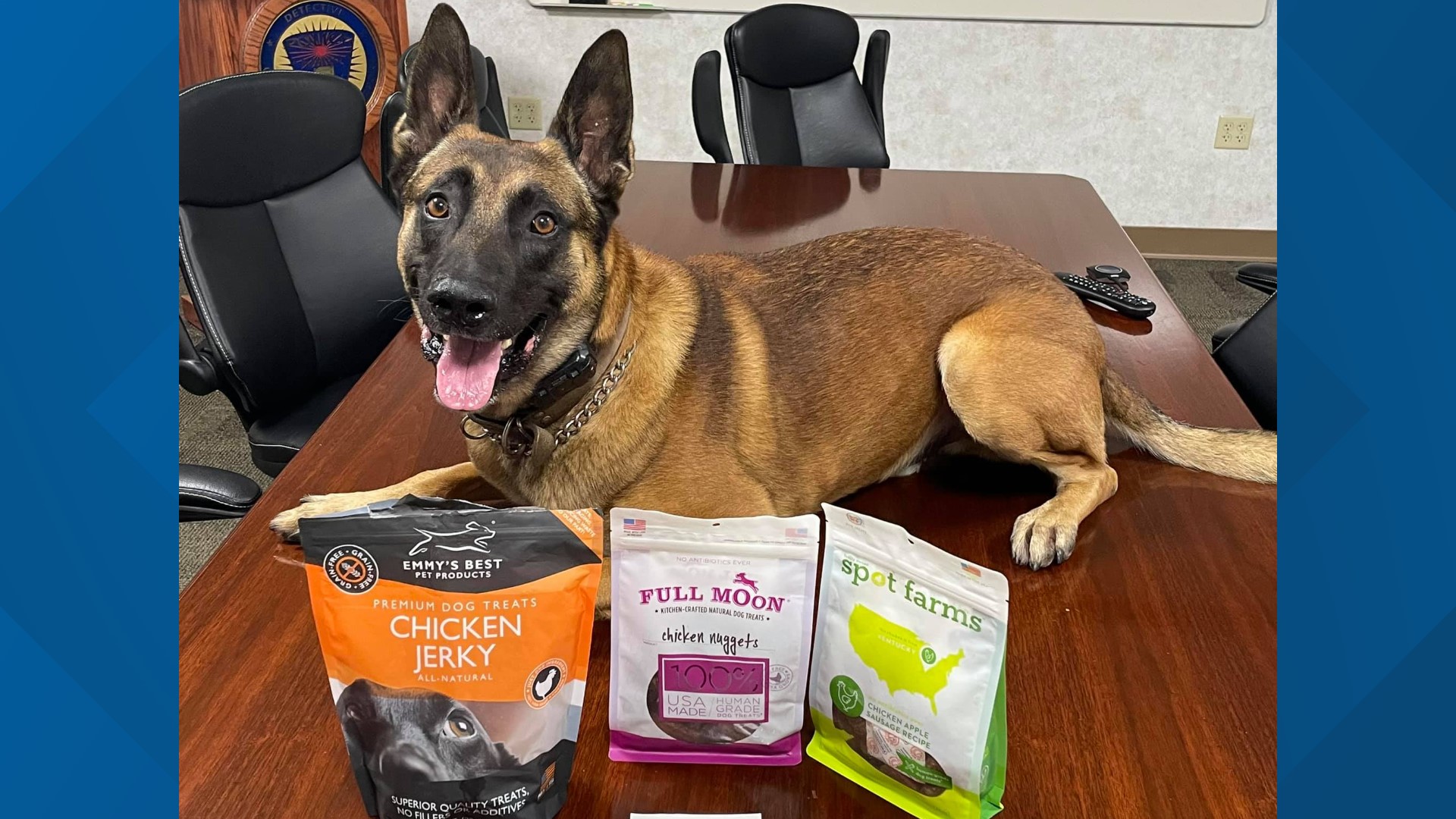 PLAINFIELD, Ind. — When a veteran suffering from a mental health crisis called for help over the weekend, it was a K-9 officer and his handler, who's also a veteran, that helped get them through.

The Plainfield Police Department said the veteran was experiencing a mental health crisis and reached out for assistance. One of the officers that arrived to help was K-9 officer Jocko and his handler, U.S. Marine Corps veteran and Plainfield Police Cpl. Rob Prichard.

The police department said Jocko and the veteran hit it off. Jocko gave the veteran companionship and care when he needed it most.

Several days later, a package that was sent anonymously arrived at the Plainfield Police Department for Jocko. It was filled with treats.

Accompanying the package was a note that addressed Jocko and his partner.

"Enjoy your gift Jocko and officer Prichard. You literally saved my life. I wish I could do more than dog treats," the note read.

The Plainfield Police Department said the treats were more than enough.

"Jocko was super excited to receive the treats and our officers were very glad to hear that this veteran was ok," the police department said in a Facebook post.

This past weekend, a citizen and veteran was experiencing a mental health crisis and reached out for assistance. PPD...

The police department told this sweet story while also sharing a crucial message: "Mental health awareness is a serious matter."

The police department wanted to remind people that resources are available around the clock for anyone who may be having thoughts of suicide or self-harm. Anyone suffering from a mental health crisis can get help 24/7 by reaching the National Suicide Prevention Hotline at 1-800-273- TALK (8255) or by calling 911.

Additionally, the police department said an average of 22 veterans a day commit suicide. For any veterans having a crisis, the Veterans Crisis Line is also available at 1-800-273-TALK (8255). Texting is an option at 838255 for any veterans that are needing assistance with mental health.