A world-renowned opera singer performed at an Indianapolis Public School on the east side Friday. 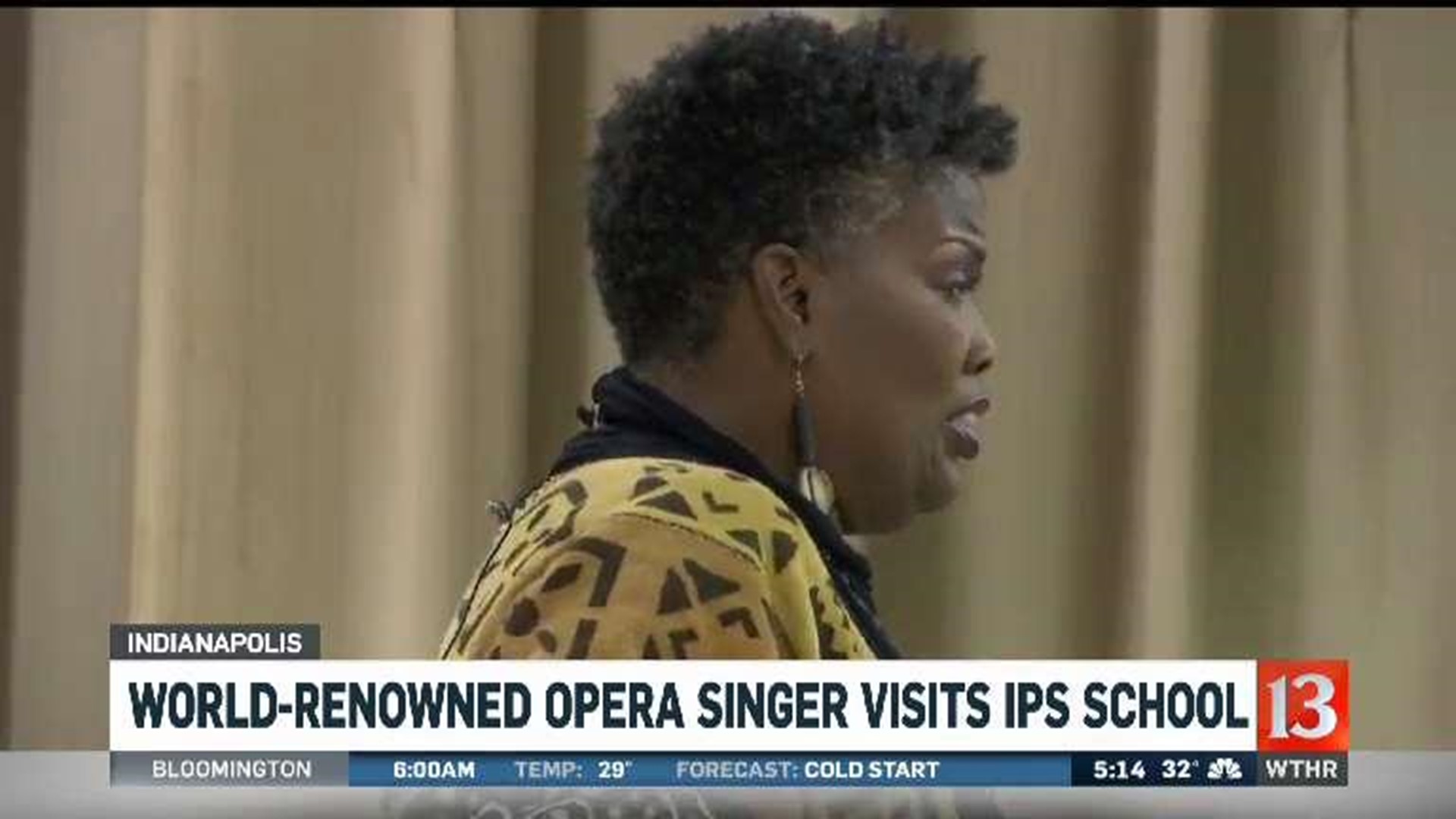 INDIANAPOLIS (WTHR) - A world-renowned opera singer performed at an Indianapolis Public School on the east side Friday.

Angela Brown, who is also an IPS graduate, debuted at the Metropolitan Opera as “Aida," has graced the front pages of the New York Times and Essence Magazine, and has been interviewed by Oprah.

She’s made it her mission to demystify opera through exposure.

“Opera is global,” said Brown. “ We all are singing, every genre, every color, every culture is represented in opera."

Her perfectionism in pitch, tone, and control resonates as she speaks.

Brown's voice is so powerful, she captivated a gymnasium of elementary school children at George Buck School.

Brown said every single person can find themselves - and their stories - in opera.

While speaking to the room full of children, Brown mentioned that there’s a spectrum of genres within opera.

She explained that her next song is about a young girl begging and pleading her father to allow her to be with the man she loves. Even though the piece is not in English, Brown feels the music with every essence of her soul and that resonates and surpasses fluency.

She clutches her hands together as if in a prayer as her voice melodically fills the room. It’s clear that this is the part in the song she mentioned.

“I didn’t think (opera) was something that I would like or understand or something I could even aspire to until I took to the technique of classical voice like a duck to water. And as I started to study, I found, 'Hey this is something I can do too. I don’t have to be relegated to any other genre of music,” said Brown.

This is why Brown often says she didn’t choose opera, but opera choose her.

When the children asked her where she learned how to sing the way she does, she told them it’s because she went to school, studied and applied herself. She stressed the importance of education, consistency and mentorship.

Brown said that she doesn’t see life as presenting obstacles.

“When one door closes, I’ll find another way around. I keep knocking 'til one opens,” she said with a fire in her eye.

She said her parents and her faith gave her the foundational perseverance to pursue her goal no matter what.

Her gift, hard work and perseverance has taken her around the world.

But it’s her roots that keep her coming back home.

“You should bloom where you are planted, be a star where you are,” said Brown. “It was because of Indianapolis that I had the opportunities to go out and become a star in the world. So why wouldn’t I come back to my home state, my hometown of Indianapolis and give back the way it was given to me?”

Brown said that she wants to be remembered as “someone who cared,” and “as someone who loved on the babies.”

From the captivated, wide-eyed children in the gymnasium at George Bucks Elementary, it’s clear the children know the love Ms. Brown has for them.