A Broad Ripple woman caught a homeless man stealing packages from her porch. But instead of turning him in, she's trying to help turn him around. 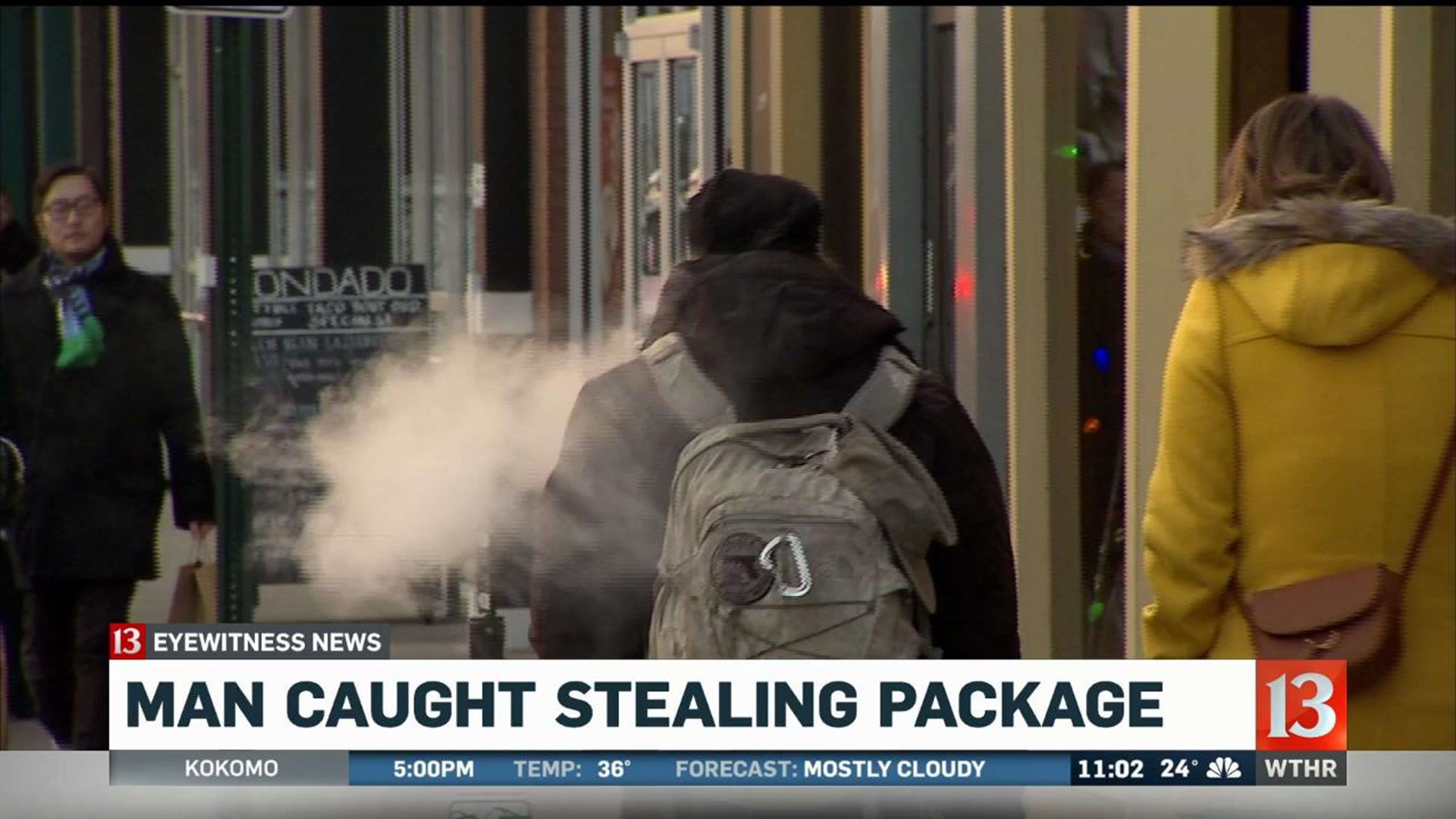 INDIANAPOLIS (WTHR) - His dirt-covered hands and fingernails are as gritty as the life he leads.

"I wake up every day and go try and find a way to eat," said 34-year-old Cole, who says he's addicted to drugs and living on the streets.

He doesn't want to say his last name, in case his family reads this story.

"I've basically ran over every bridge I ever built with a torch," Cole said, explaining his family wants nothing to do with him because of his addictions. "I've been to shelters but they're getting so overcrowded."

So for the past two weeks, Cole's home has been underneath the Westfield bridge in Broad Ripple.

That's about to change, though, because of a decision Cole made Monday night and the grace a stranger extended to him despite that decision.

That stranger is now sitting next to Cole in the Starbucks in Broad Ripple, talking with him over a hot cup of coffee.

"Monday night I had some packages being delivered and I saw they were marked 'delivered' and I went down to grab them and they weren't there," said 32-year-old Sabrina Schroeder.

When the pediatric nurse checked video from her outdoor surveillance cameras at her Broad Ripple home, she saw a man walk up to her home and take those packages. The video's timestamp told Sabrina the man had been there only moments earlier.

So she decided to get on her bike with her boyfriend and try to track him down. She spotted the suspected thief in an alley off Broad Ripple's main drag.

That man turned out to be Cole.

"I saw Cole and kind of approached him and just said, 'Hey, you grabbed my packages. I'd like them back now,'" Sabrina recalled. "I could just see his face crumble a little bit and he said that he had thrown them in the bushes."

"I just figured there's no point in lying now," Cole said, remembering what he was thinking at the moment Sabrina confronted him.

Instead, Cole took Sabrina to the spot on the Monon Trail where he'd tossed her packages right after he'd taken them. He said he was looking for something he might be able to sell later for money.

"I knew it was stupid, the second I did it, but you know, if there's a chance to eat, good sense goes out the window when you're hungry," Cole admits.

When they got to the spot on the Monon where Cole remembered throwing Sabrina's packages, they could only find one.

"I just had this moment of calm where I realized, it's not about some makeup and a bathing suit," Sabrina said. "I could tell immediately that he was a good person and just made a bad decision. He didn't have to walk back with me to where my packages were.

"I just said, you're more than your circumstances," Sabrina remembered telling Cole before asking him to meet her the next day.

"When we parted ways on Monday night, she hugged me, which is not a normal thing in my world, because I stink. I barely get to shower," Cole said.

When Cole went to sleep that night, under the bridge, he said he slept well.

"I went to bed with a smile on my face that night. It rekindled my faith in humanity a little bit," he said.

Unlike the man she'd just met, Sabrina didn't sleep well, despite the warmth of her home.

"I was just so sad going to bed Monday night, knowing that it was raining and cold," she said.

When the pair met the next day, Cole had Sabrina's other package. She had something for him too - clothes, food, and baby wipes.

"It almost brought tears to my eyes, because being clean is an advantage that's squandered on most people," said Cole. "You don't realize how gross you feel whenever you wear the same clothes for two weeks, until you do."

"No matter your circumstances, I don't think you should have to sleep under a bridge in 20-degree weather," said Sabrina.

By next week, Cole's hoping that won't be the case.

Sabrina and 25 of her friends pitched in and got him a bus ticket to California, where Cole has friends who have offered him a place to stay so he can get clean and on his feet.

"You always hope something like that would turn out like this, but it rarely ever does," said Cole.

"Everyone has a story at the end of the day, most people are good," Sabrina explains.

For Cole, it's that someone took the time to hear his story even after he'd taken something that belonged to her, a total stranger who saw his humanity and not his homelessness.

"Everybody's just somebody you haven't met yet," said Cole. "She didn't have to talk to me, but now that she did, there's a new aspect to both of our lives and that's not ever a bad thing usually."

"In that moment, it really was just human to human," explained Sabrina, saying she followed her gut. "People are more than their circumstances and more than addiction and homelessness and everybody makes bad decisions.

"Whenever you do something to make them right, something good should come of that."

"It's been such a huge blessing on my life," Cole said of the experience.

"You spend days and days alone, exited from society. You start to see the worst in people and how people talk to each other and how they talk to you," he said. "You just don't expect anything good to happen.

"So when it does, it's really really good."