Woman recounts rescue of baby left in bag in Seymour

The woman who found a baby in a plastic bag near a Seymour street said she's glad she could help save the baby's life, but it was her dog who is the true hero. 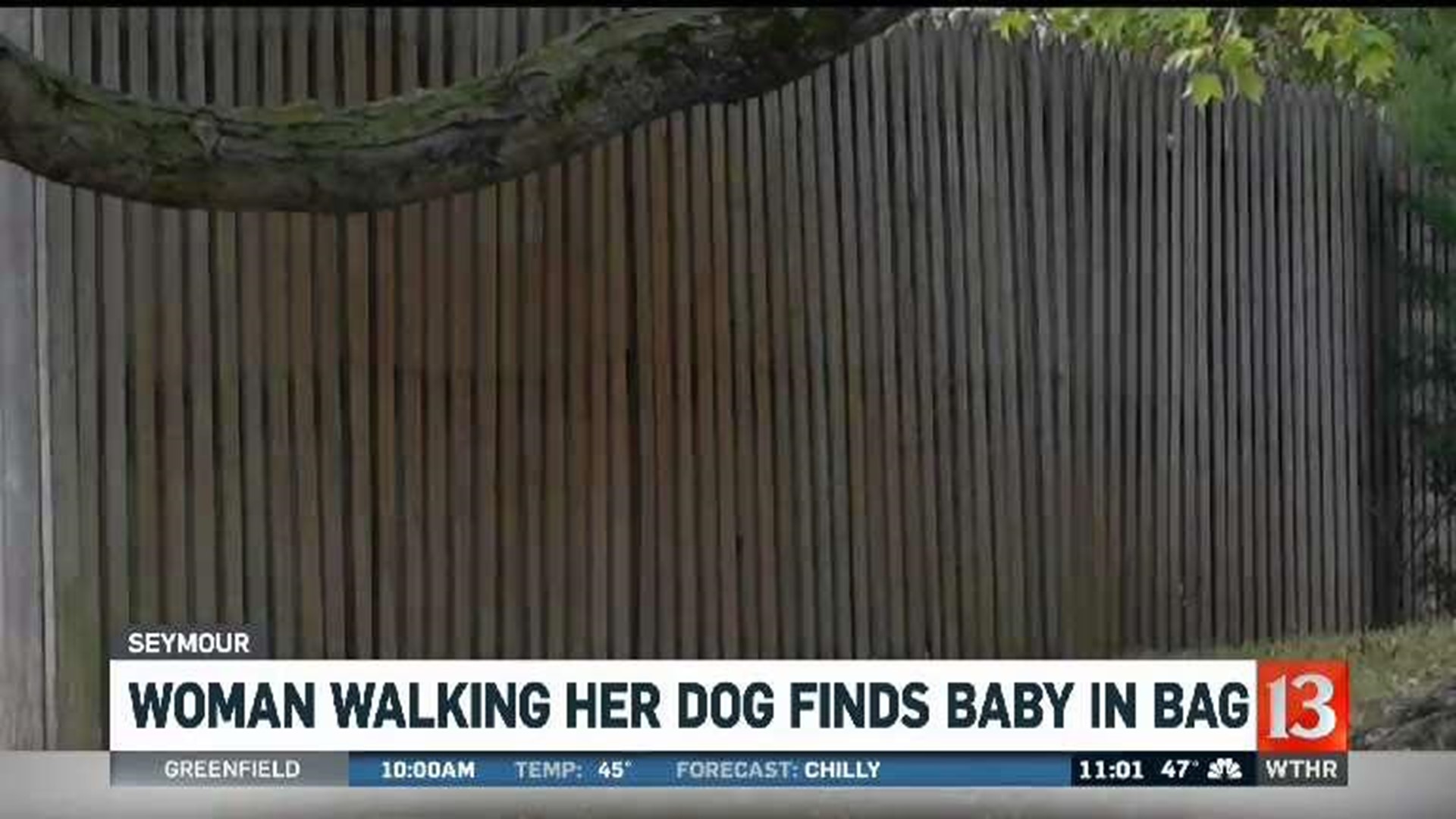 SEYMOUR, Ind. (WTHR) - The woman who found a baby in a plastic bag near a Seymour street said she's glad she could help save the baby's life, but it was her dog who is the true hero.

"It's sad knowing that the mother just dumped it off like it was a piece of trash," Butler said. "That image of that little baby's foot pressing against the Walmart bag."

She was out walking her dog OJ when they came up on a grassy lot. OJ sensed something was wrong.

"He was just sniffing around until we came up on the bag and it caught his eye and he just stared at it for the longest time," she said.

She got closer and realized what was in the bag. She couldn't believe what she was seeing, so she ran back to her house to wake up her stepson Jesse Milligan and called 911.

Jesse scooped up the baby and cuddled it in his arms until first responders got to the scene.

"Something I never thought I would see in my life. It's really hard to believe. Someone just tied a baby up and left it outside," Milligan said.

Jesse said if his mom and OJ would not have been out, the baby may have died.

"It made me feel like I saved a life today. The baby has got a fighting chance to grow up and just to have a life," Butler said.

Police are still trying to locate the baby's mother to learn more about what happened and to make sure she's OK.