Lynn Stover stood in the middle of a huge mess Tuesday morning, still trying to process what happened Monday to her house in the duplex she has rented in Edinburgh for seven years. 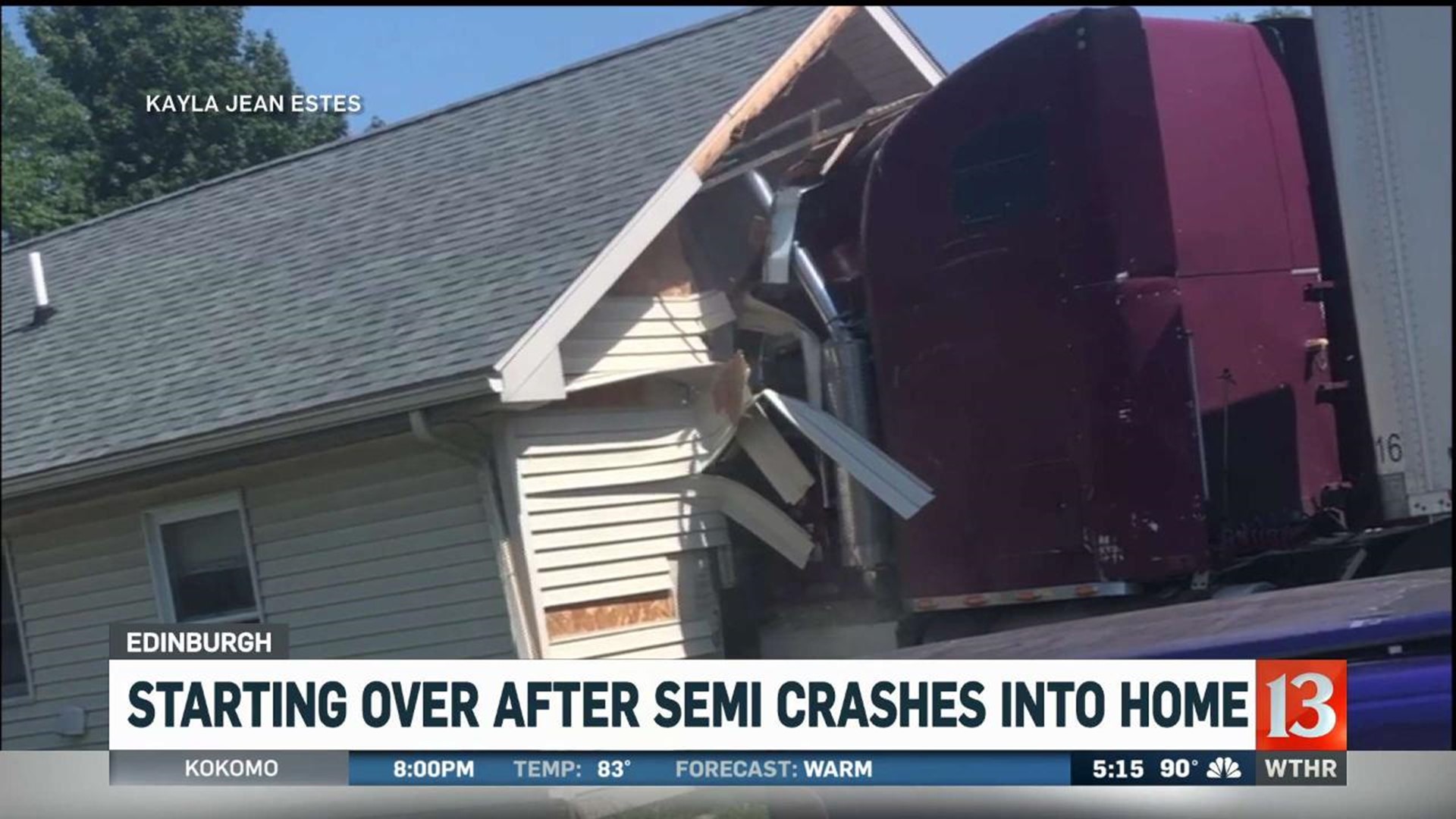 EDINBURGH, Ind. (WTHR) – Lynn Stover stood in the middle of a huge mess Tuesday morning, still trying to process what happened Monday to her house in the duplex she has rented in Edinburgh for seven years.

She was at work when a semi-truck drove into the side of her house.

Insulation and drywall debris cover the floors on one end of the house. Most of Lynn’s belongings dug out of the debris are stacked in her family room.

The ceiling is gone. Walls are gone. Plywood covers the entire end of the house taken out by the semi.

"I'm not worried about the material stuff,” said Stover. “I'm just glad that I wasn't hurt. I'm glad that my kids still have their mom. My grand babies still have their grandma. They’re people worse in the world than this. It's just a little overwhelming."

Stover lives alone but her four grandchildren visit often and sleep in the spare bedroom.

A semi-truck driven by 62-year-old Donald Harrington of Woodland, Alabama, drove off State Road 252 and right into Lynn's bedroom just after noon Monday.

He says he passed out behind the wheel. Police do not believe he was impaired or distracted.

"I'm thankful that I wasn't home, that nobody was home,” said Stover. “My neighbors didn't get hurt and the driver's okay. But this is starting over."

The driver walked away from the crash but was hospitalized overnight.

A-1 Trucking in Rome, Georgia, says Harrington has driven for the company for over 40 years and recently passed his company physical.

He was released from Methodist Hospital Tuesday afternoon with only bruises and scrapes.

The company says doctors could not find any initial reason for him passing out behind the wheel. Harrington was delivering a load of small farm tractors when he crashed.

Two bedrooms, the bathroom, furnace and ceilings are destroyed in the house. Stover spent Tuesday trying to salvage some personal items.

"There were some pictures of somebody very dear to me that died that I kept under the mattress that I dug through and found."

Lynn says she might come back after the house is rebuilt if she can get the sound of semis driving by out of her head.