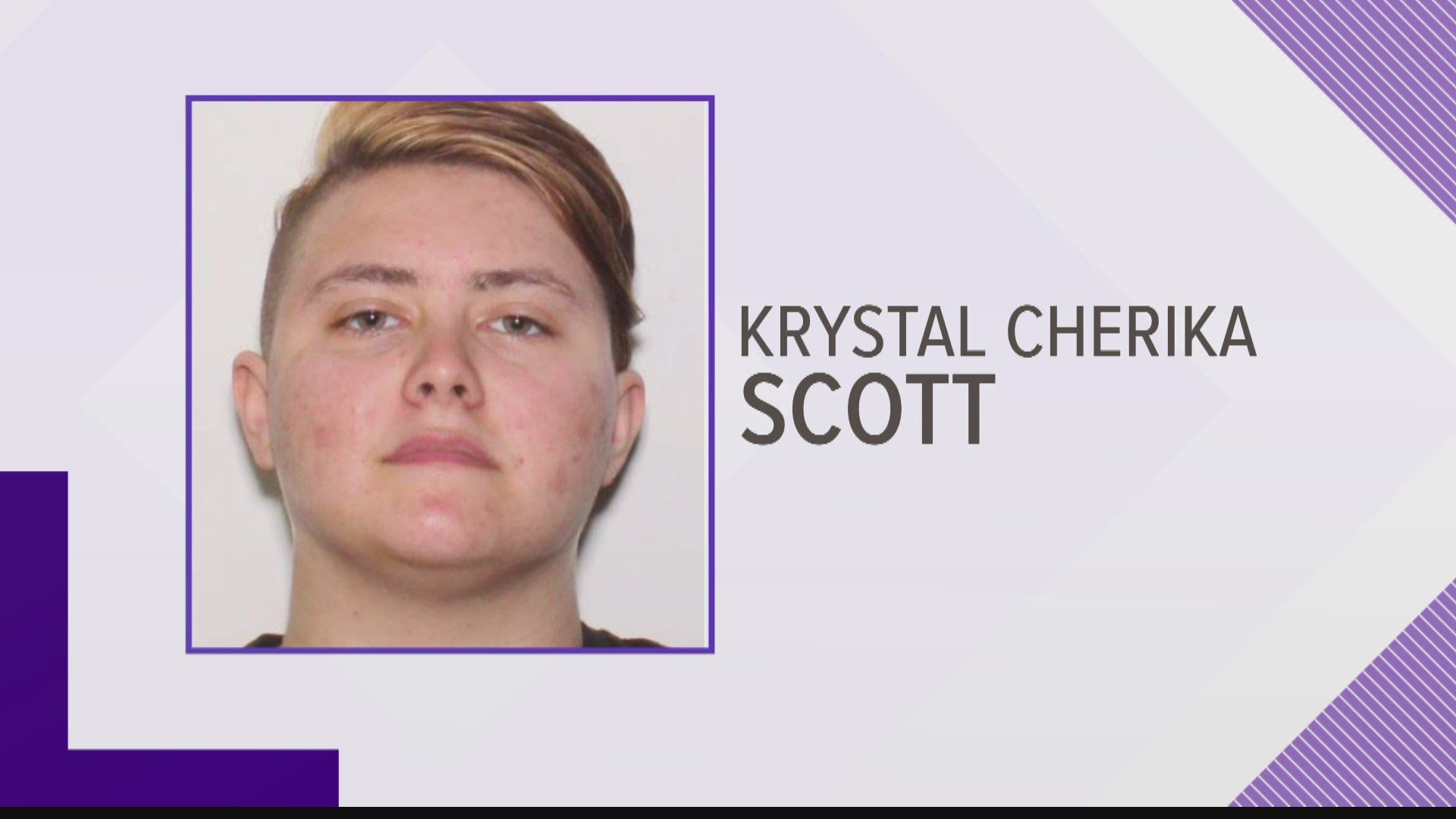 KOKOMO, Ind. — For months, animal advocates and internet sleuths across the country saw the gruesome videos and images shared on several social media platforms and knew they had to do something. They knew they had to find the perpetrator and put a stop the torture and killing of numerous cats and dogs.

Their determination and pursuit paid off.

According to a probable cause affidavit, Scott is accused of "torturing and graphically killing cats and dogs by hanging, skinning and other means" and posting images and videos on various social media platforms depicting their deaths. One of the Instagram accounts was labeled "Serial_Dog_Killer_Dude".

After serving a search warrant Tuesday, FBI agents found and removed "numerous animal parts and skulls," from the home Scott shared with her mother, a house condemned by the county health department the same day.

According to the PC, Scott admitted to torturing and killing animals, telling agents, her "good side loves cats and dogs but her bad side tells her to commit acts of animal cruelty."

A Kokomo animal welfare advocate who did not want to be identified was among those who spent countless hours working to identify Scott and document what found online.

A Kokomo woman living in this house accused of torturing & killing animals. The charges she faces & how animal advocates helped tip off federal authorities @ 5 #wthr pic.twitter.com/2hZPGbRGD4

"I had neighbors and people reaching out to me from multiple sources," she said.  "You just start putting the pieces together and know something really dark is going on there."

In early April, the woman went to a cornfield across from Scott's after hearing about a dead dog, wanting to scan it for a microchip so she could notify its owners.

The woman said Scott approached her asking if the dog was decapitated and saying she was "shocked anyone would do something like that."

The woman would soon learn Scott had many aliases and used social media to look for people trying to find good homes for pets they had to give up.

The Boise (Idaho) Police Department would also get involved after hearing from concerned residents there, thinking at the time the person behind the videos lived in Idaho. Court documents say on June 18, Boise Police prepared a search warrant for several Instagram accounts, one with the message "I'll be killing a pregnant Siamese and a kitten later on today."

The probable cause affidavit said, on that same day, someone brought a Siamese cat, a gray kitten and black kitten to Scott's home. An hour after the cats were dropped off, Scott posted a video of "hanging and strangling a grey kitten" with the comment, "Little s___ was still alive so rehanged it.”

Kokomo Police were called twice to Scott's home on reports of animal cruelty.

On May 3, Scott consented to a search and provided two cell phones to officers. The PC said "Scott chose which phone to give the officers and they did not search Scott or Scott's residence for devices."

But the police report filed indicates they "seized multiple deceased animals and body parts," including "two cats in Scott's freezer," one cat skinned.

Police "also seized a glass jar with an unidentified animal.

Scott told police the animals were dead when she got them. Police were unable to find information linking Scott to the alleged crimes.

Unaware of the FBI investigation, Kokomo Police were called to Scott's home nearly two months later, on June 26 on another complaint of animal cruelty. The ASPCA contacted the man saying they believed a pregnant cat he gave to Scott may have been tortured.

According to charging documents, Scott denied ever having the cat. Officers saw 12 cats and asked for Scott's mother's cellphone, which she provided, but "officers did not seize any other devices or computers, nor did they search for evidence of the June 18th strangulation video "because they were unaware of it."

Court documents say after Scott was arrested. she admitted to using aliases, avoided showing her face in videos and images to thwart efforts to identify her and said she purposely gave Kokomo police a cell phone she knew had no evidence while hiding the phone she used when she saw FBI agents arrive.

When asked about the Scott case, a spokesperson for the Kokomo Police Department referred 13News to the FBI.

If convicted of both felony animal cruelty charges, Scott could face up to seven years in prison.

The Kokomo woman who helped other cyber sleuths piece things together, said she's relieved Scott was arrested, but frustrated it took so long.

Asked what she'd like to see happen, she said, "I think there must be a mental health issue that causes anyone to do that and I'd like to see her get the help she needs, but not to be around animals or children or anyone vulnerable she could hurt."

Federal agents recovered three dogs, 12 cats and several reptiles from Scott's home, none of which showed obvious signs of abuse.  All were taken to the Kokomo Humane Society. As of late morning, Director Karen Wolf said all but one of the reptiles was adopted. Wolf said she wasn't sure wasn't sure about the dogs and cats. She said none of the animals would be identified as coming from Scott's home.  Wolf said she wanted potential pet owners to choose a new companion because it was good fit, not because of where it came from.