Basketball, swimming and diving, wrestling and gymnastics seasons are underway. The big difference will be in the crowd sizes or no crowds at all. 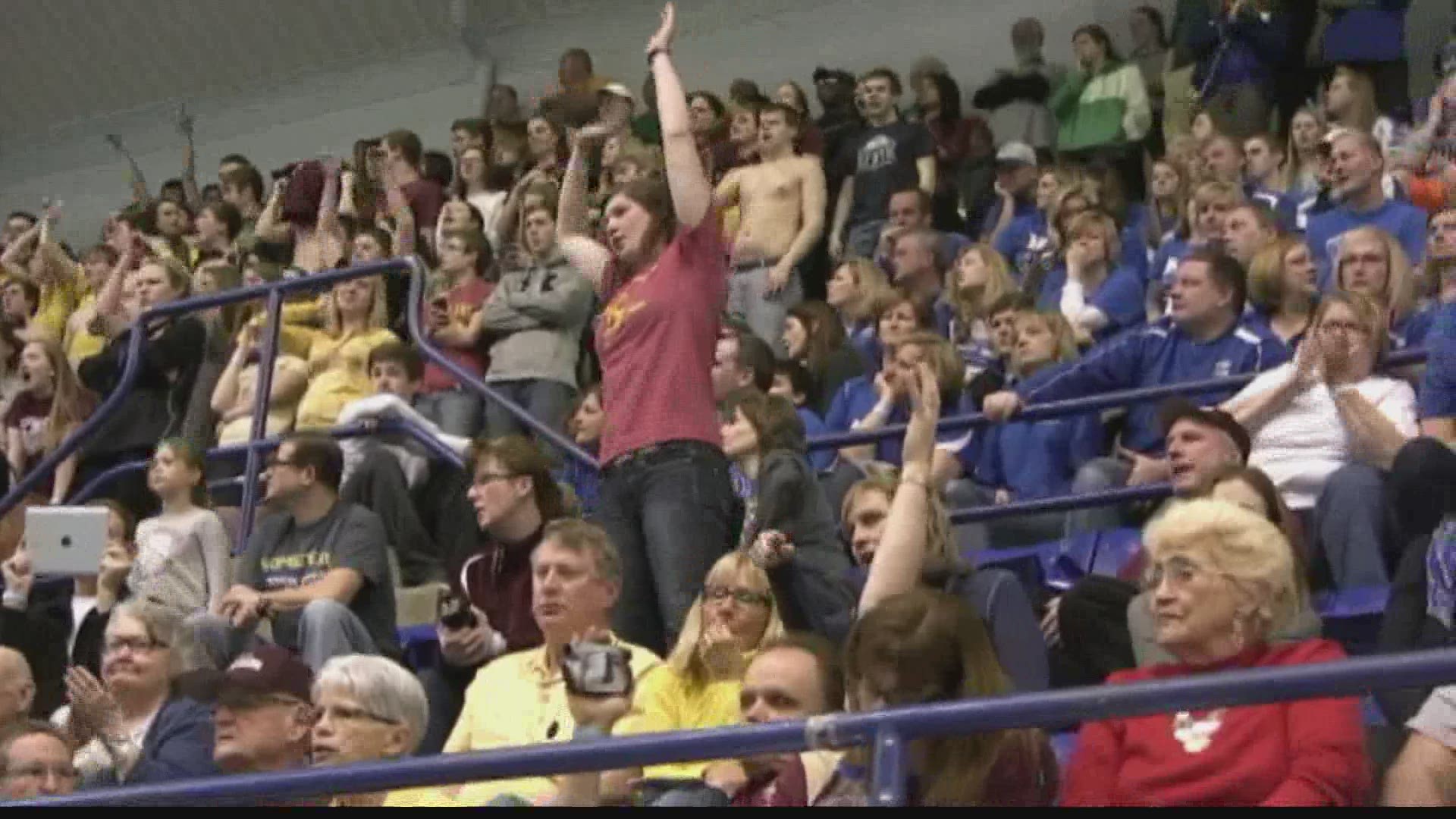 But boys and girls basketball, swimming and diving, wrestling and gymnastics seasons are underway. The big difference will be in the crowd sizes or having no crowd at all. Depending on local county health restrictions, attendance will be greatly restricted. In many cases, tickets are not available to the general public. Each player may only get two or four tickets for family members.

"Each school needs to look at what's going on within their particular county and adjust plans accordingly," said Indiana High School Athletic Association Commissioner Paul Neidig. "But the biggest thing we're seeing is that games are going to continue. We're going to have some starts and stops just like we had this fall with football. We've learned that. But the biggest thing is we're going to have reduced fans at our games for a while."

Team benches on one sideline of the gymnasium and limited fans on the other sideline is just one precaution that schools might implement. Another is everyone but the players in the game wearing masks.

The boys basketball state tournament was halted and never completed when the pandemic hit Indiana in March. The entire spring sports season was canceled. But this fall, state tournaments returned with champions crowned in every sport.

The IHSAA commissioner hopes more fans might be allowed to attend games by the time of the state basketball tournament in March.

"If everything continues on the path that it is, we hope to see some attendance released as we move to the second half of the season as the vaccine gets spread around the country," said Neidig. "But if it doesn't, I still feel really confident that we're going to have a tournament. We're going to celebrate state championships in all of our winter sports, just like we did with our fall sports just recently."