The wife of a Nobel Prize-winning professor at Purdue University was found dead Tuesday near an Illinois landfill. 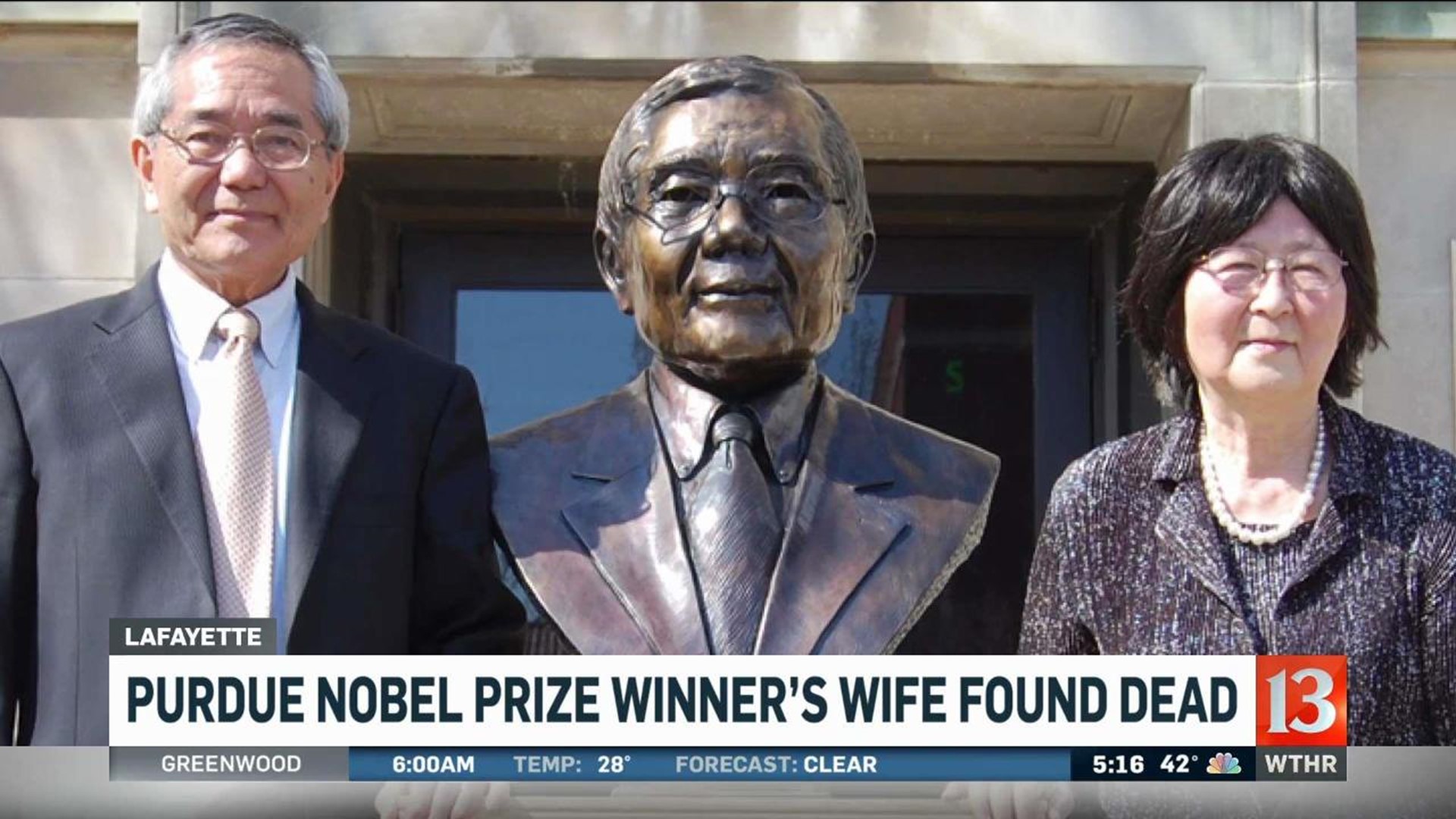 Ogle County Sheriff's deputies were dispatched around 5 a.m. Tuesday to the 8200 Block of North Route 251 to check on an elderly man seen walking in the area. Deputies found 82-year-old Eiichi Negishi. Family members say he was dehydrated and confused when deputies took him to a Rockford hospital for treatment. After finding Eiichi, police learned that he and his wife, Sumire, were reported missing Monday to Indiana State Police.

Deputies then found the couple's disabled vehicle and Eiichi's deceased wife, Sumire, on property owned by the Orchard Hills Landfill property miles away from the Rockford Airport.

A family member tells WTHR they believe the couple was trying to find an airport and got disoriented somehow. Dr. Eiichi Negishi, a distinguished Purdue professor and winner of the 2010 Nobel Prize in Chemistry, was driving. Sumire was pronounced deceased by Ogle County Coroner Louis Finch. An autopsy was performed and the cause of death is pending. Ogle County Sheriff Brian E. VanVickle tells WTHR Dr. Negishi is not a suspect in his wife's death and foul play is not suspected. Dr. Negishi is continuing to receive treatment at the Rockford hospital.

The Negishi family provided this statement to WTHR:

"We are devastated by the loss of our beloved wife and mother, Sumire Negishi, who was near the end of her battle with Parkinson's. She was traveling with her lifelong partner and husband, Eiichi Negishi, who was apparently suffering from an acute state of confusion and shock.

"They were found near the Rockford International Airport, off a perimeter road around a landfill. The car was stuck in a ditch and determined to be non-functioning and he appeared to be searching for help. The location and car condition were substantiated by the Ogle County Detective, Mr. Doug Lockard. Detective Lockard also confirmed that the first thing our father said was that he was trying to get to the airport for a trip.

"We are very proud of his distinguished career, but more importantly know him as a beloved and loyal husband, father and grandfather. Thank you for your compassion and for respecting our privacy as we process this tragic loss."

“Purdue University and the world have lost a dear friend in the death of Sumire Negishi. Throughout a lifetime of love and loyalty, she supported her husband in a career of tremendous contributions to science and to the teaching and training of subsequent generations of top scientists.

“It appears that the Parkinson’s disease from which she has been suffering and the mental confusion that age can bring to the most brilliant minds combined to produce the recent tragic events. That these phenomena are so common does not make their consequences any less cruel.

“All Boilermakers everywhere join the Negishi family in sadness at the loss of Sumire, who made so many of her own contributions to her husband’s life work and to the vitality of our community.”