The widow of a man killed in a fiery crash near downtown Indianapolis has filed a lawsuit against Tesla. 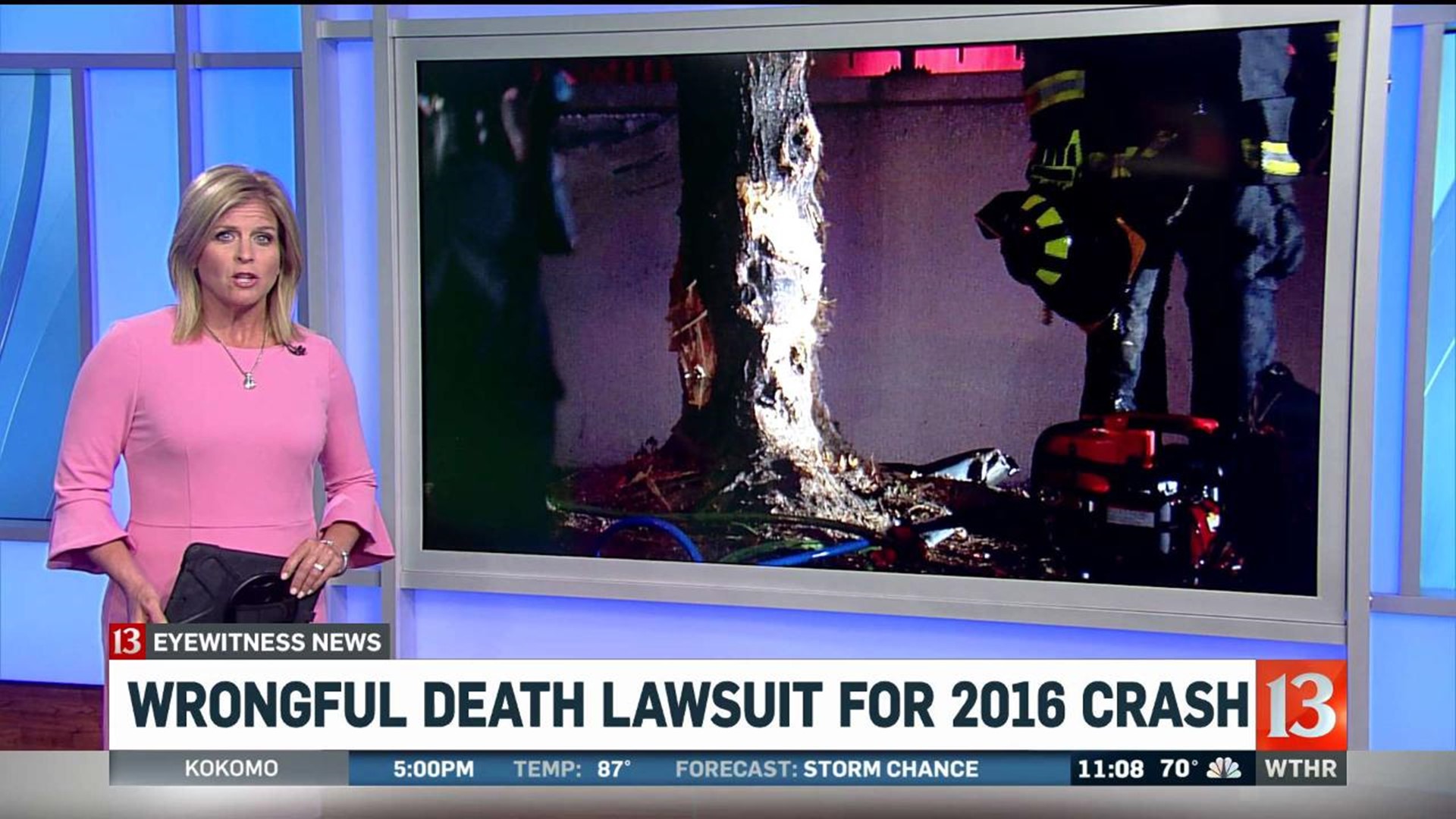 OAKLAND, Calif. (WTHR) - The widow of a man killed in a fiery crash near downtown Indianapolis has filed a lawsuit against Tesla.

Stacey McCarthy filed the suit in Alameda Superior Court in Oakland, California, claiming a series of defects in her husband Kevin's 2015 Tesla Model S led to the crash and her husband's death.

McCarthy, 44, was riding in the vehicle while 27-year-old Casey Speckman, an employee at his software company in downtown Indianapolis, drove north on Illinois Street on November 3, 2016. Witnesses said Speckman was traveling at a high rate of speed when she lost control and struck a tree north of W. 16th Street and caught fire.

The lawsuit claims Speckman lost control "due to an un-commanded acceleration defect" and she was trying to avoid a vehicle traveling the wrong way on Illinois Street when she left the roadway and crashed. According to the lawsuit, witnesses saw McCarthy alive inside the vehicle during the fire, but could not escape the vehicle due to defects that caused him to "literally burn alive and inhale toxic gases."

Firefighters got McCarthy out of the car after about 20 minutes, but he passed away at the hospital. Speckman was pronounced dead at the scene.

“He was killed because Tesla built and sold a car it knew was defective, and those known defects led to Kevin’s horrible, avoidable death," attorney Elise Sanguinetti said in a release.

Among the defects in the Tesla S cited in the lawsuit are "numerous and frequent complaints of fires related to the unstable and inadequately protected lithium ion batteries, faulty door handles and un-commanded acceleration. The suit said Tesla owners have reported acceleration issues "at a rate greater than that for Toyota vehicles which were the subject of a Federal investigation almost a decade ago."

The complaint lists more than 100 instances of Tesla vehicles catching fire due to faulty batteries, including two fatal crashes in Florida. It states the dangers caused by the defects were unknown to McCarthy and "Tesla failed to give adequate warning of such dangers."