What's in your dust? IUPUI experts test contaminants in your home

"IUPUI 360 Dust Analysis project," analyzes the dust in your home looking for contaminants including arsenic, copper and zinc. 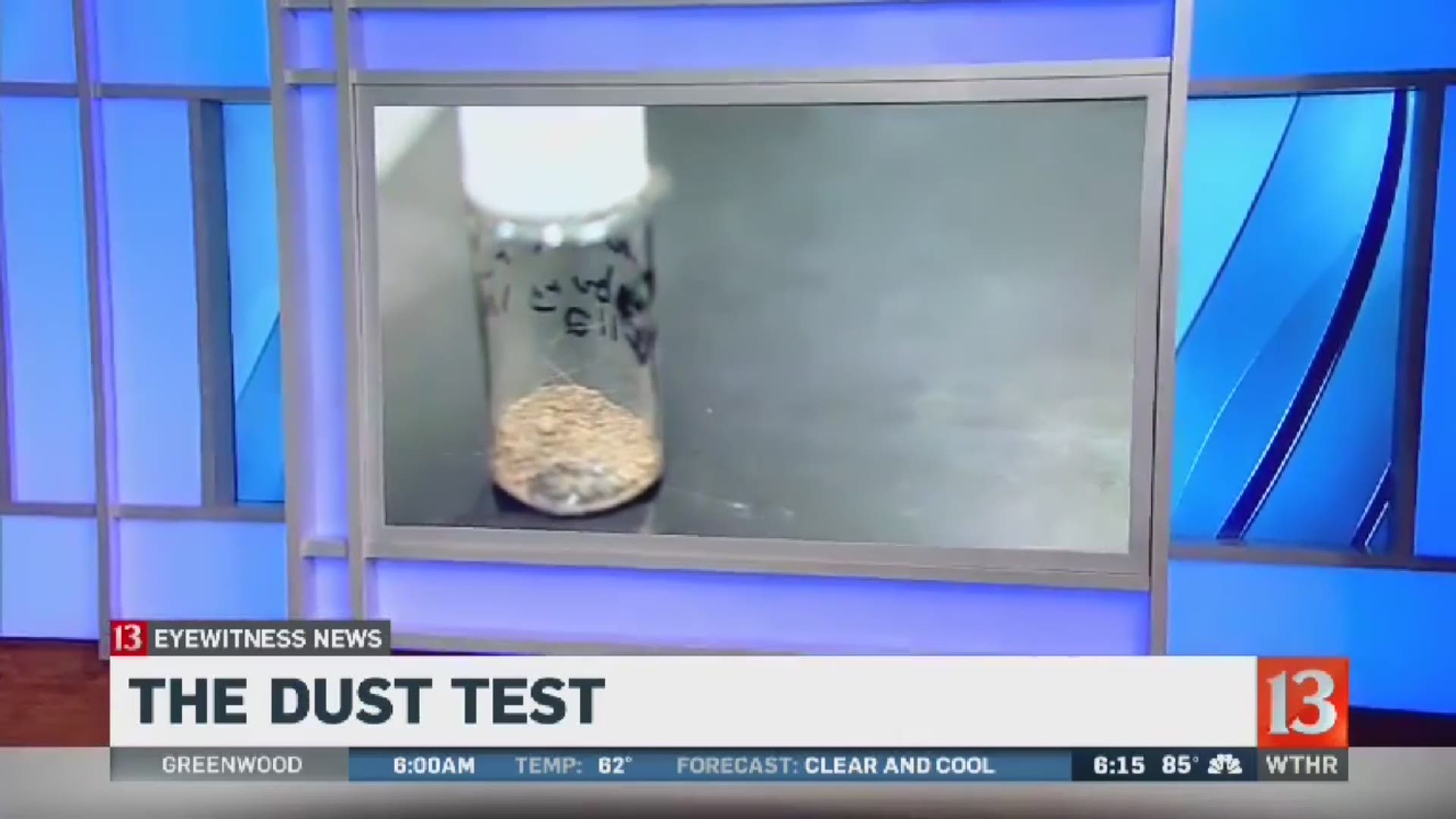 INDIANAPOLIS (WTHR) — Like many of us, Laurie Zaicow works hard to make sure her home is clean.

"We take our shoes off when we come in the home," she said. "We try to keep the home clean from outdoor contaminants."

It's not always easy with pets in the home. Zaicow predicts researchers will find contaminants in her home.

"I think they will because we have the dog, and the cat that goes in and out, and we sometimes walk on the carpet with our shoes on," said Zaicow.

Soon, Zaicow is going to learn how clean her home really is. Today's vacuuming is part of the "IUPUI 360 Dust Analysis project." Experts will analyze the dust in your home looking for contaminants including arsenic, copper and zinc.

"We're particularly worried about lead," said Gabe Filippelli, founding director of the Center for Urban Health and professor of earth sciences in the School of Science at IUPUI. "If a kid gets exposed to lead early, it impacts them as a child, but it'll continue to impact them their entire life."

Anyone in North America can get their home tested. All they need to do is vacuum their floors, put the dust and dirt into a re-sealable bag, and send it to IUPUI. Researchers use a filter to get the "finest" dust

"We don't require much material to do the analysis," said Filippelli.

A machine reveals results in a few minutes. Safe levels of lead are considered less than 200 parts per million. Good news for Laurie. Her house in Brownsburg tested 24.

"This would be considered a safe dust environment, at least for lead," said Filippelli.

Filippelli was also curious about the inside of his home, knowing he had lead paint on the exterior and elevated levels of lead in the front yard.

"Because the soils are high, I wouldn't be surprised if the dust inside is high too," said Filippelli.

So, Filippelli put his vacuum to work and tested the samples. He removed any pet hair and put the dust through a filter to get the finest particles.

"It's already flashing. I don't like what I'm seeing," said Filippelli.

The results from his home were not good. Safe levels of lead are numbers below 200 parts per million.

"639 parts per million lead," said Filippelli. "Yeah, it concerns me. It makes me want to vacuum more often and doing a better job of isolating sources that may be outside my house that are still make their way in."

If you are interested in having the dust in your home tested, email the Center for Urban Health at cuh@iupui.edu or you can leave a message at 317-274-3795.

IUPUI says participants will need to complete a short survey about their home environment and receive instructions about how to send vacuum dirt and dust to the testing center.

According to IUPUI, participants will also receive suggestions on way to mitigate any health risk associated with the contaminants found in their home.