What's in store for Indy if downtown workers don't return to the office? 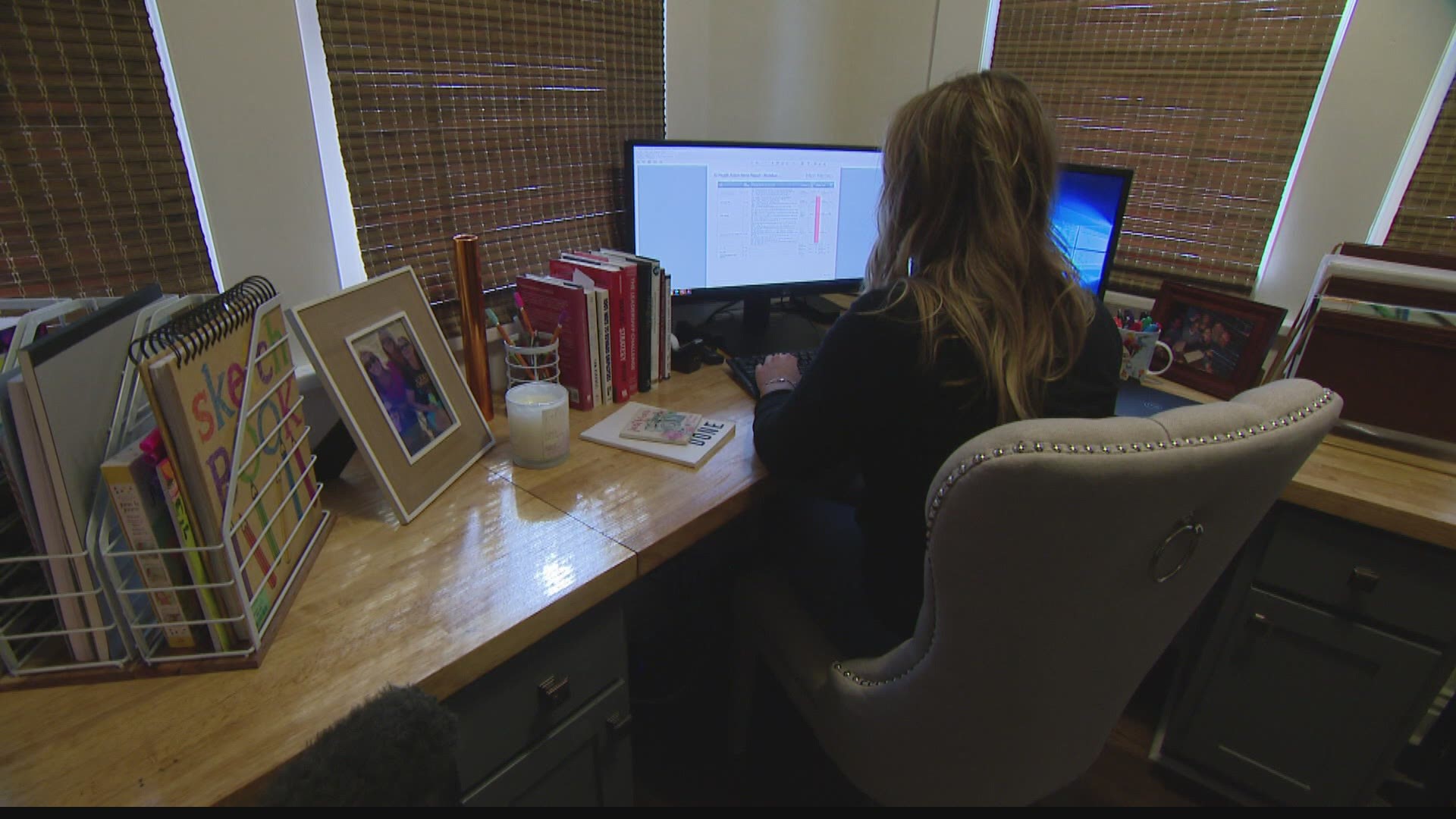 INDIANAPOLIS — Let's talk about working from home, one of the outcomes of COVID-19 that may not end when the pandemic does.

About 155,000 people used to travel into Indianapolis to work every day before coronavirus hit. Downtown Indy Inc. estimates only about 30 percent had returned as of February. And we found many don't plan to come back full-time, if at all.

So what does that mean for local shops and restaurants, and all that empty office space?

Lindsey Skowronski spent much of the last year working from home, and it turns out it wasn't that bad.

“I love it,” Skowronski said. “I have found I have a lot more time with my family, not having to commute and it’s been very nice.”

And her company doesn't have a plan to return.

“We made the decision that we are going to stay remote indefinitely," she said.

A national survey found just one in ten companies expect all of their workers to come back five days a week.

Hendry works in commercial real estate in downtown Indianapolis and says the pandemic sped up an already growing work-from-home trend.

Take Salesforce, for example. They employ more than 2,000 people in the Indianapolis area. Earlier this year, the company introduced a strategy that gives employees "more flexibility in how, when and where they work."

Skowronski is one of 6,000 IU Health employees who have worked from home since the pandemic. As for if the health care giant plans to permanently empty any office buildings, "Nothing's decided yet," said an IU Health spokesperson.

So what happens to business districts like downtown Indy, and all the shops and lunch spots? Some local vendors are more than a little concerned.

“It breaks my heart that it's struggling so hard," said one City Market vendor, where breakfast and lunch has been served since the 1880s.

When we spoke with vendors there earlier this year, the response was somewhat grim.

"We're going through the roughest stretch we've had in all that time," a vendor told 13News.

Hendry said he doesn’t think there’s big worry that people won't come back to the office, saying downtown Indy is growing - home to more conventions and conferences - plus business startups and expansions.

In December, for example, Elanco Animal Health announced it's bringing a new $100 million headquarters to the old GM Stamping Plant, along with some 2,000 employees.

While people in the future may not have to work in the office every day, Hendry says he believes additional businesses and more visitors will balance it out.

“Overall, I think in the short term it’s gonna be choppy, but in the longer term, I think Indianapolis will bounce back very strong,” said Hendry.