What a day! IUPUI officer saves child's life, gets married on same day

An Indiana University police officer's wedding day had an extra dose of excitement when he saved a child's life. 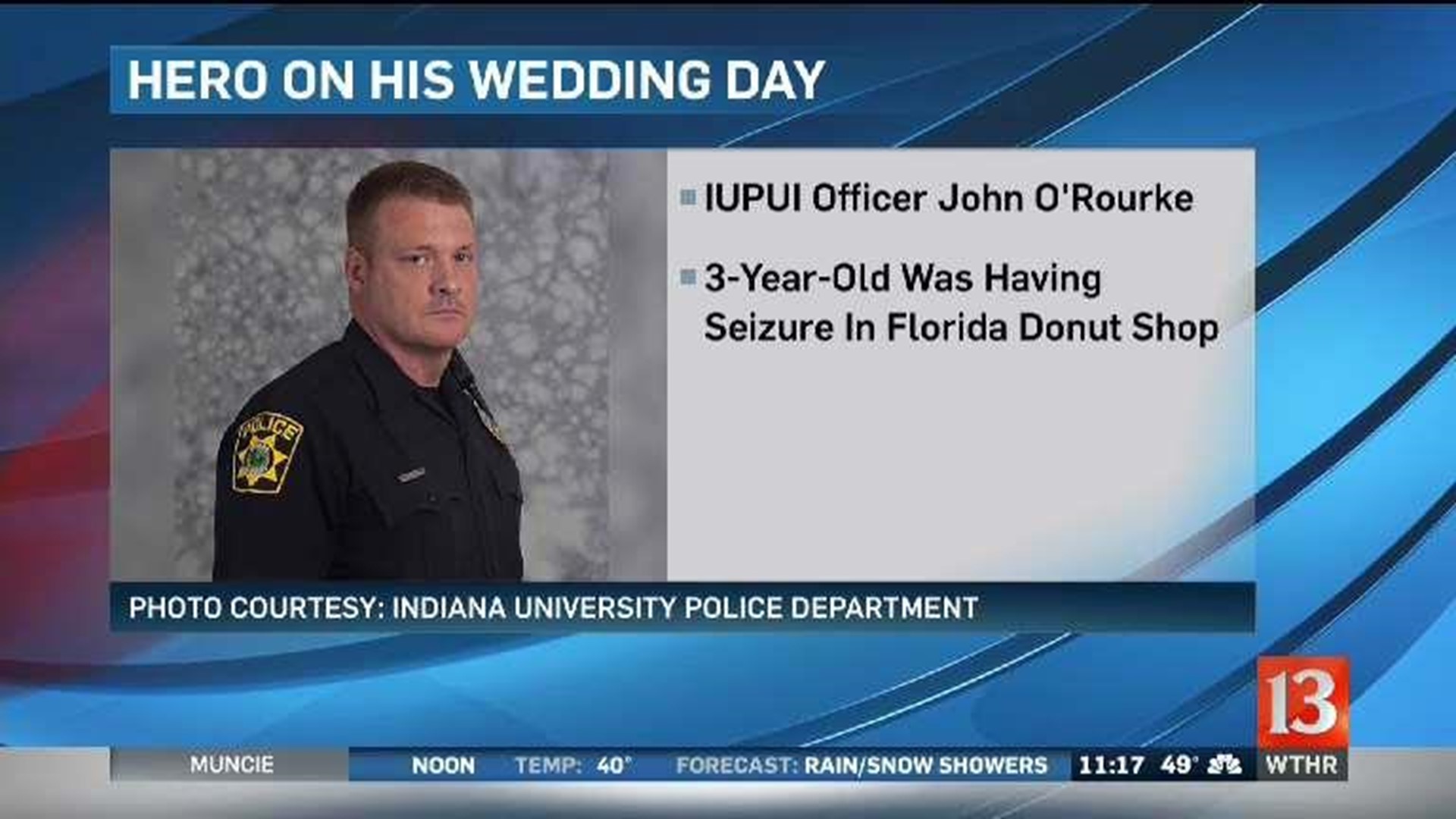 INDIANAPOLIS (WTHR) - An Indiana University police officer's wedding day had an extra dose of excitement when he saved a child's life.

Ofc. John O'Rourke, who patrols the IUPUI campus, was in Orlando March 28, ready to tie the knot. While he waited in line at Donuts To Go, a three-year-old girl began having a seizure and no one had called for help.

O'Rourke had someone call 911, spoke with the operator, and began performing rescue breathing and chest compressions, which brought the girl back to consciousness as paramedics arrived.

His took his donuts, which were given to him free for his heroic act, and sat in his car to think about what happened.

"I just sat in my car for about 20 minutes, processing everything," he said.

O'Rourke married his new bride, Virginia, later that day. Some of those in attendance included Florida Highway Patrol troopers he had worked with in the past. They weren't surprised to hear his story.

In 2010, O'Rourke assisted two fellow IUPUI officers in helping pull a driver from a burning vehicle on West Washington Street.