The plan calls for the Blue Line to be completed by 2022.​ 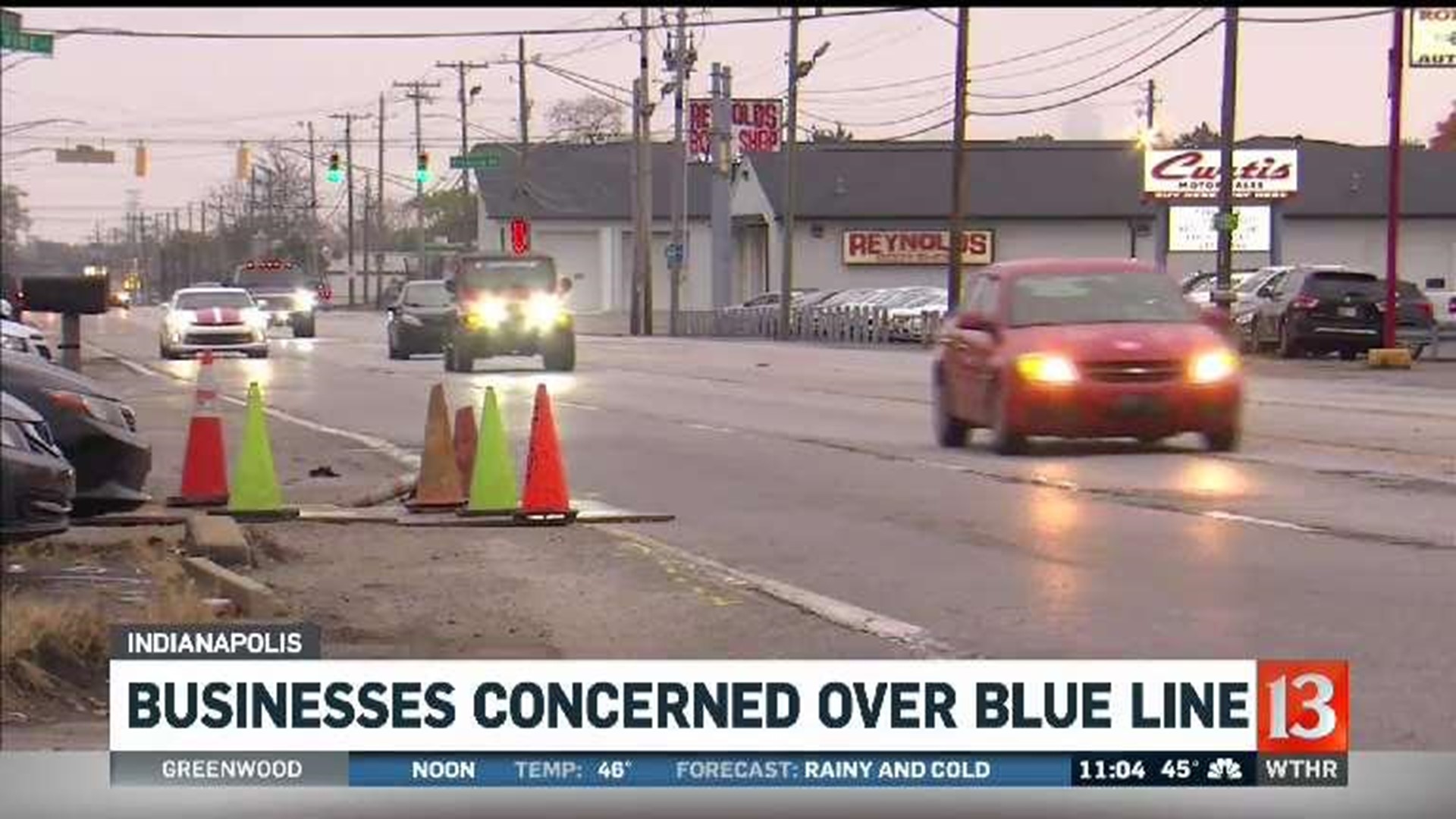 INDIANAPOLIS (WTHR) - IndyGo's Red Line has been up and running for nearly 2 months and now plans are in the works to create a similar route on the west side called the Blue Line.

​Business owners along the new route are worried how it will impact them and possibly cause safety issues.​

​The complaints are similar to those raised about the Red Line.​

​"Our goal is to make it work for both parties," said Roy Reynolds of Reynolds Body Shop.​ He said he's concerned construction of the new line could force him out of a business his father began in 1984.​

​"To fight certain situations that could be detrimental to your business that's not something that you've done yourself to create. It's kind of sad to think we have to fight those battles 56 but that's the situation we're in," said Reynolds.​

​The Blue Line project, estimated to cost about $200 million, is just one element of the Marion County Transit Plan. It would replace the existing Route 8 local service. 24 miles of rapid transit would travel along Washington Street between Cumberland Road and Indianapolis International Airport.

​​Under the proposed plan, there would be a dedicated lane for buses, which would reduce four lanes into two. Vehicles would have one travel lane eastbound and one travel lane westbound. ​

​"You're going to have a narrow path for buses and the narrow path for vehicles. There's too many vehicles that are gong to be bunched up together," said Rachel Hawkins.​

​Hawkins and her family have owned Markin Camper Sales and Security Doors for 40 years.​ ​She wants transportation leaders to stick by their original plans found in the 2013 alternatives analysis final report, which says "Eliminating a through lane from general traffic use would create congestion issues on Washington Street and force diversion of existing traffic to other parallel roadways."​

​The report also states while having a dedicated bus lane is desirable, it is not recommended due to physical constraints preventing widening of the roadway and "bus volumes and ridership levels would be significantly lower than industry standards for dedicated lanes."​

​Business owners are fighting for shared lanes to help save their businesses. ​

​"Whenever you make it too inconvenient for people to be able to access your business, they unfortunately go elsewhere," said Hawkins.​

​"Imagine you, as an employee, losing 10 percent of your income, and then think about losing 50 percent of your income. Those are all things that can happen and all that we worry about. It's not just affecting me as an employer, it's affecting the employees that work for me. Somebody will start losing their job based off of percentages that we lose. My employees are family to me," said Reynolds. ​

​For now, businesses have created a Facebook page to keep the community informed.

The plan calls for the Blue Line to be completed by 2022.​