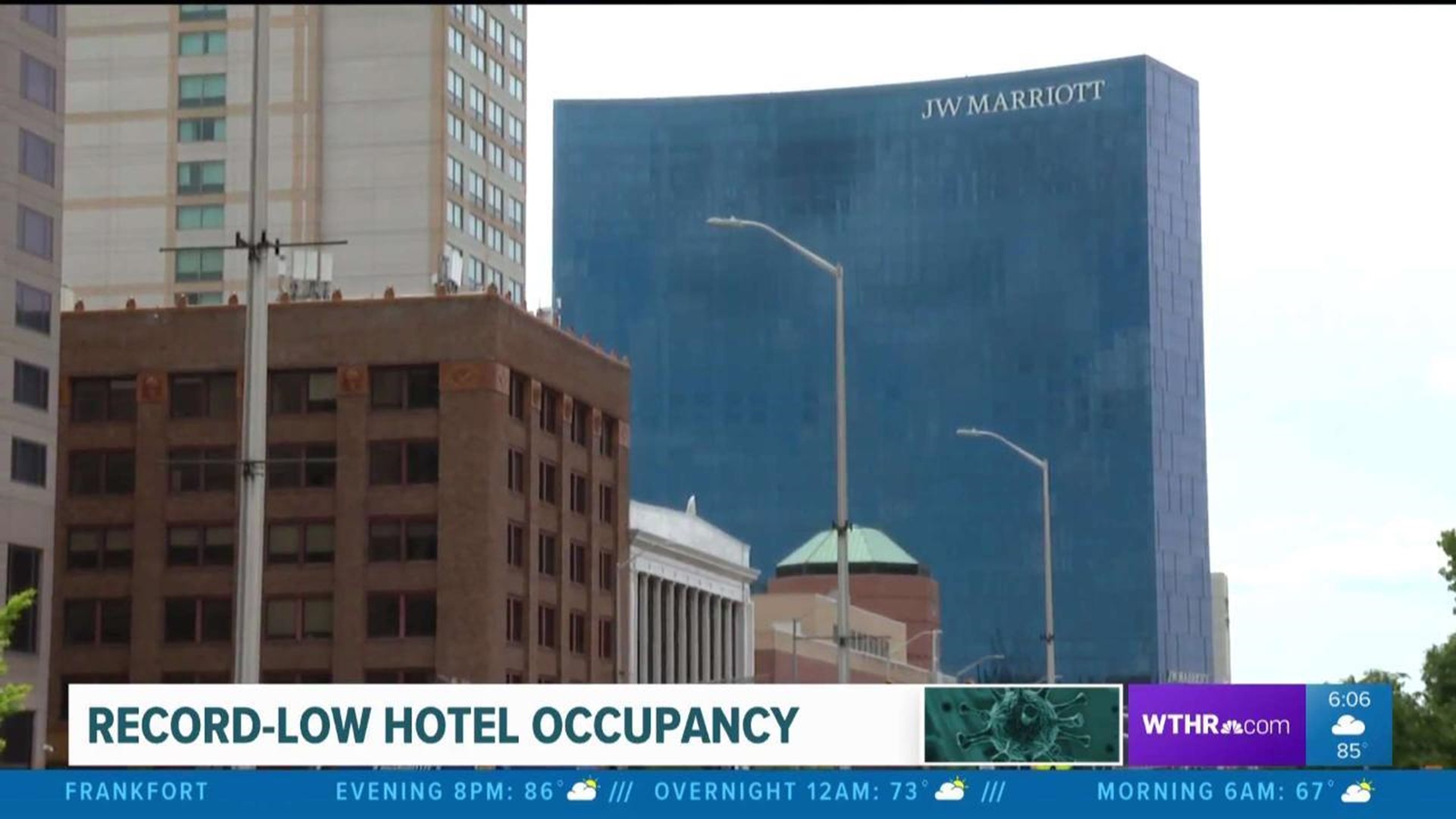 The numbers were shared Friday morning, during the Capital Improvement Board's monthly meeting. The CIB, which owns the Convention Center, Lucas Oil Stadium and Bankers Life Fieldhouse, often described as the engines that drive the downtown economy.

Because financial updates lag a month, the numbers from April were the first to represent the impact of COVID-19. Since then, even more conventions and events have been canceled, including Gen Con, the city's largest and most lucrative convention drawing 70,000 attendees. In total, more than 115 events have canceled.

Hoops said they're hoping to hold onto several small meetings and conventions still on the books for late summer and fall. The Indy 500 is seen as a barometer. If it goes with fans, other events are more likely to follow.

CIB Executive Director Andy Mallon said the CIB has received enough tax revenue to cover its debt service, it has begun "dipping into reserves," but still has "more than enough... a healthy balance."

"We all live off the Convention Center," Dora said. "We need to be thinking about solutions to help our business partners, who provide tax revenues into the CIB to survive or we'll be back to the Indianapolis of 1970... We will lose restaurants and hotels."

He said urgency was critical.

"Here's another weekend of lost revenue because of the curfew," he said. "There is no hotel business in downtown. I think it's at a crisis level now."

He said Visit Indy was the first to jump in on the Rapid Relief Fund the Indy Chamber put together for restaurants and bars and they are now looking at other types tax credits to help in any way it can.

Right now, central Indiana has 83,000 people working in tourism, according to Visit Indy.

Managers at downtown hotels also said at one point it was getting better during Memorial Day weekend, but that has since changed the last two weekends.

“It affects our associates that are working in all of these businesses. Virtually I should have hundreds of employees on my payroll and I don’t right now. I had to furlough everyone because there is no business in the city,” said Jim Dora, Jr., president and CEO of General Hotels Corporation, which owns Crowne Plaza downtown.

The benchmark for the state and hotels is July 4th weekend and are hoping for a turnaround with more events starting back up again.