Weighing the pros and cons of pet insurance

More and more people are investing in pet insurance, but while some rave about it, it's not for everyone. 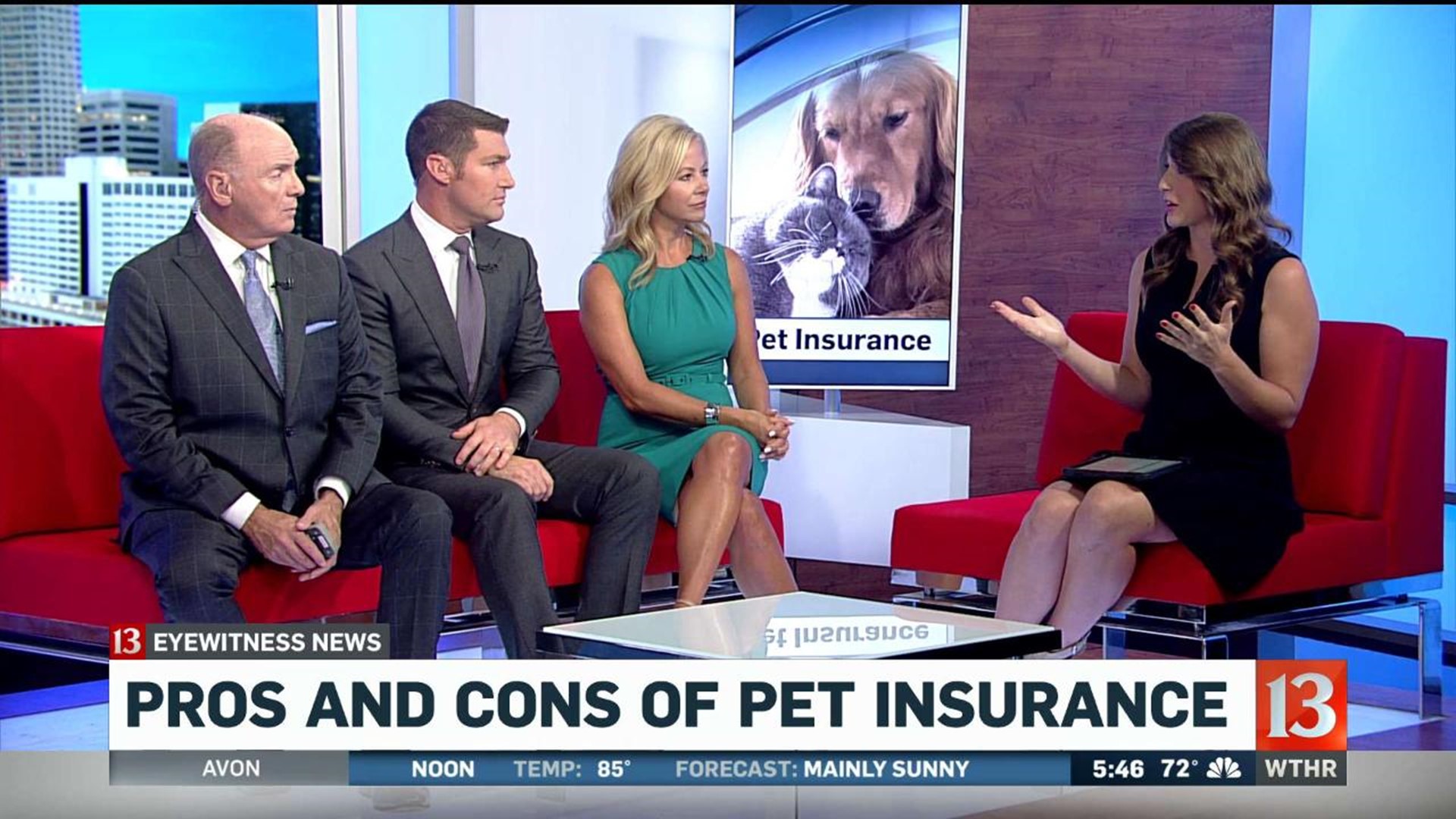 INDIANAPOLIS (WTHR) — Americans are spending more than $70 billion on their pets and about 25 percent of that is on vet care. That's according to the American Pet Products Association (APPA).

So it comes as no surprise that more people are investing in pet insurance. While some rave about it, it's not for everyone.

"When you look at dog, you spell it backwards, God," said Toni Black. "It’s God’s angels on earth. That’s how I see it. I would do anything to keep him alive for sure.”

13 years ago, Toni Black decided to get pet insurance for her dog, Pepper. She says it has saved her thousands of dollars, and because of her experience, she thinks everyone should get it.

Pepper is getting older. He's had three surgeries and needs ultrasounds every six months for a gallstone issue, as well as a heart murmur. When she first got pet insurance, it was only costing her about $25 a month. Now, it's up to $70.

"Most people would say, 'well put him down once he had the leg broken,'" said Black. "I would never do that. That would be impossible because I love him so much."

Only about one to two percent of Americans have pet insurance, but that percentage is growing.

There are about 12 major pet insurers.

An APPA survey found that 67 percent of households own at least one pet, which accounts for 85 million homes, and millennials represent the largest amount of pet owners.

Nationwide surveyed about 2,000 people and revealed pet health insurance is quickly becoming one of the most requested voluntary benefits in the workplace, especially from millennials. 58 percent of the millennials they surveyed say they would be more satisfied if their workplace was pet-friendly and offered pet-friendly benefits.

If you're interested in getting pet insurance, there's a lot to consider: