A unique event this weekend offers a rare behind-the-scenes look at movies, some of which include Indiana connections. 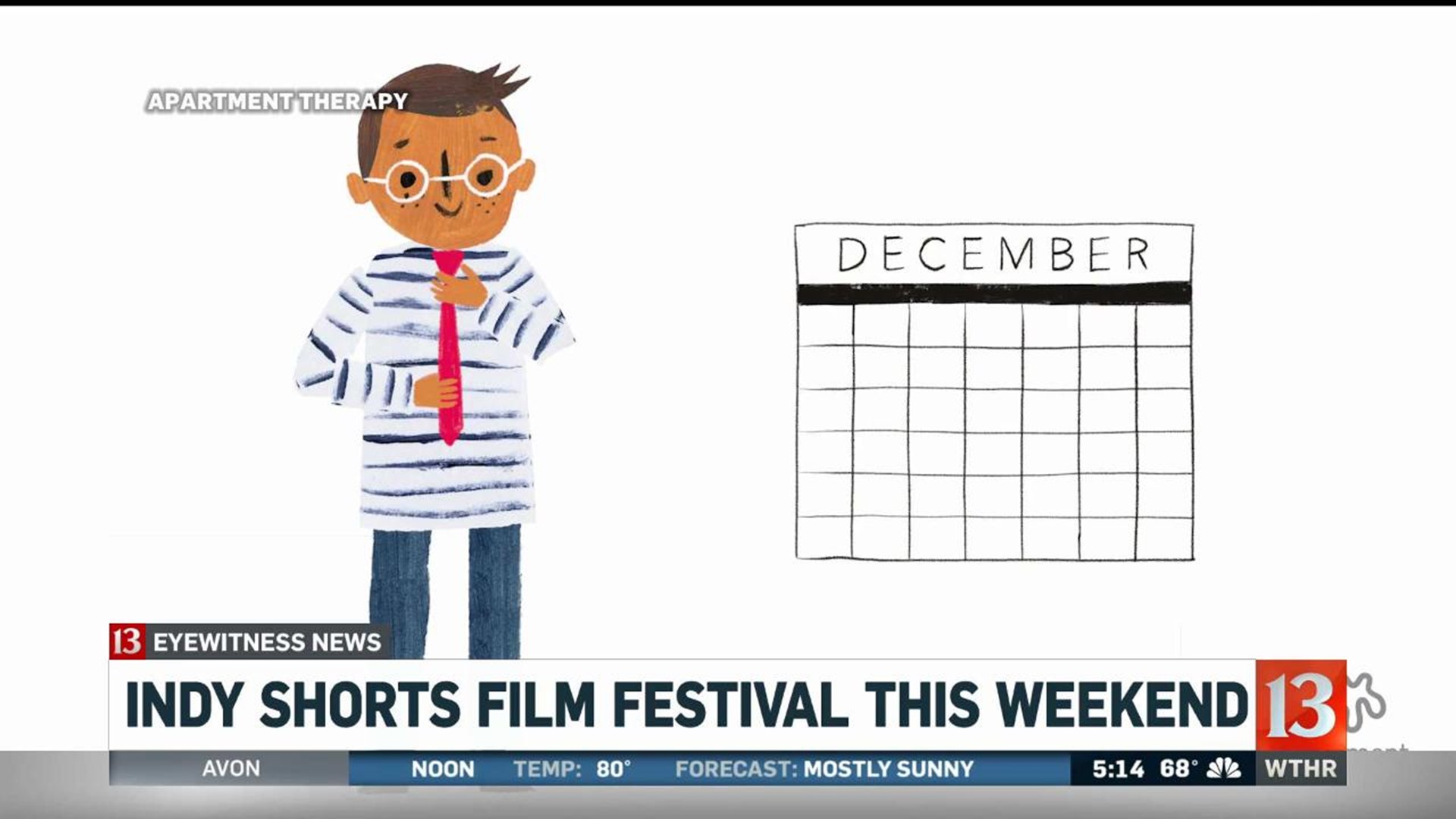 INDIANAPOLIS (WTHR) — A unique event this weekend offers a rare behind-the-scenes look at movies, some of which include Indiana connections.

It comes just as the heat returns, making it a perfect time to make yourself comfortable indoors. The Heartland Film Festival Indy Shorts series gives families something to do in the air conditioning while also enjoying popcorn.

The movies cover a variety of genres and offer something for everyone.

"Dream Homes According to Kids: Milo" is a movie appealing to children.

"My name is Milo and the name of my dream house would be the magnificent," a little boy says as the animated film begins.

While it may seem simple, a lot of hands touched this family-friendly movie including a Broad Ripple woman who created the art.

"Every part of his body I had to draw separately so an animator can take his arm and move the arm and his head and facial expression so every little part of those illustrations is a different piece of art I have to produce, which is time consuming but also fun," said illustrator Penelope Dullaghan.

Animation is a new experience for this lifelong Indiana artist.

"I've only been doing it a couple of years. I didn't set out to go into this, but it's a really cool aspect of what I do," Dullaghan said.

And so is the festival. Sometimes you come away from a movie with questions about, say, a movie line. The film festival offers you a rare chance to get official answers.

"This is more of an experience to be there and talk with everyone involved and get the whole gamut of the emotion that may have gone into a film, and I think that's a really unique experience for people," Dullaghan said.

Another movie featured involves everything Indiana — from the cast, crew, and filming locations. The people behind "As We Begin" may be surprising. Former Fishers High School students Whitney Roberts and Cynthia Foulke won a student screenwriting contest put on by Pigasus Pictures in 2017.

"It centers around two high school friends who are dealing with the prospect of life after high school and the fear of the dissolution of their friendship," said film director John Armstrong.

"We pick a winner and we take a film crew to their town and we make a movie with high school students shadowing professionals on the set," Armstrong said. "Sometimes being in Indiana it's not something you have a lot of access to."

The short film debuts this weekend and the sky's the limit. Films at the festival often have gone on to become a big deal.

Since 2009, 19 movies featured at the event have gone on to earn an Academy Award nominations, seven of which have taken home the prize.

Seeing the movies this weekend, however, offers a unique opportunity.

"The filmmakers show up and they often do talks and panels and talk backs, so you get to learn a lot about the behind-the-scenes of the film and the inspiration and the passion that goes into (it), so it's more than just seeing the film. It's an experience," Armstrong said.