Viewer video shows a large tornado on the ground in Kokomo flattening the Starbucks at Markland Mall. 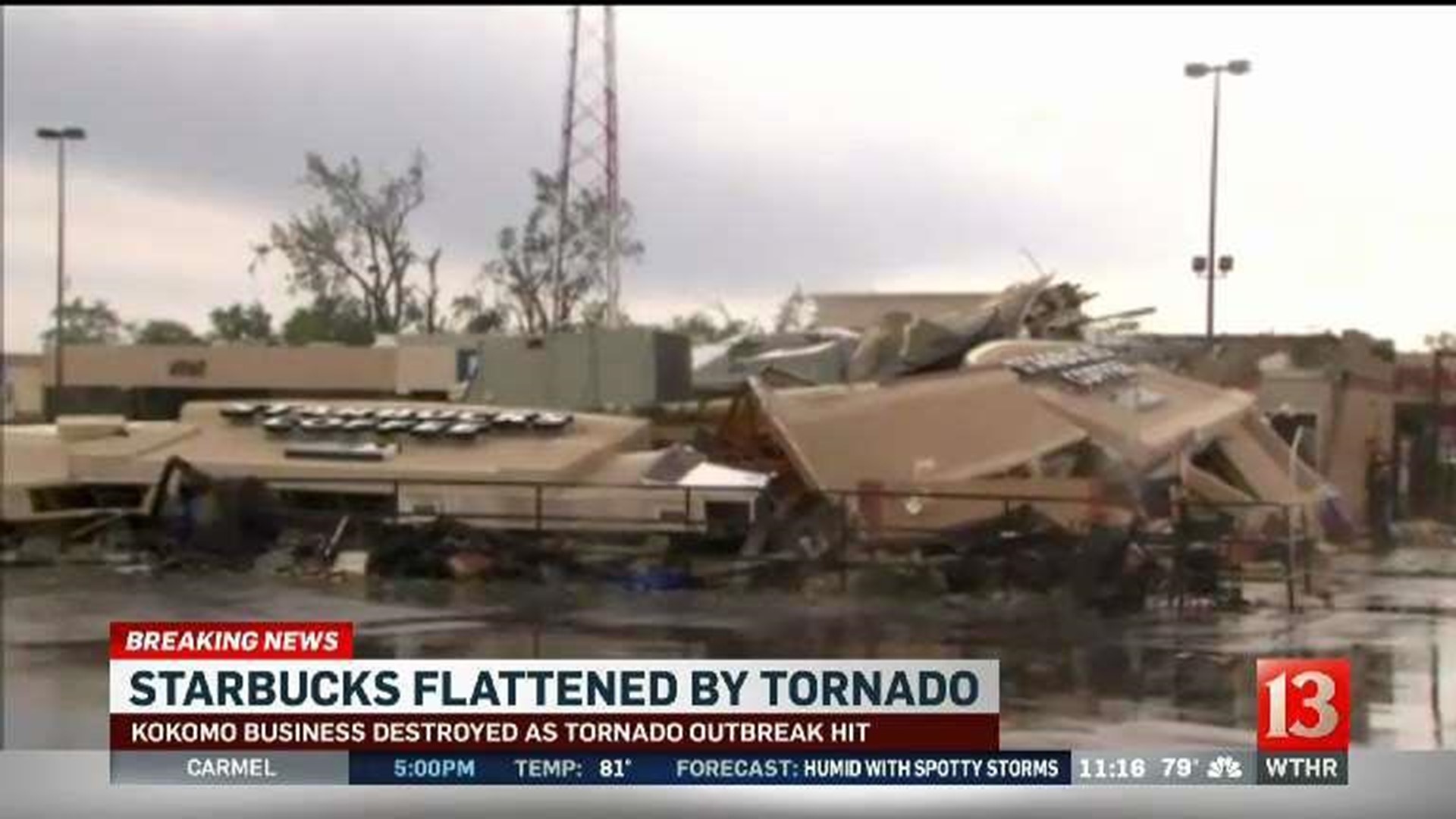 KOKOMO, Ind. (WTHR) - A large tornado on the ground in Kokomo flattened the Starbucks at Markland Mall Wednesday.

Brandon Mobley, an HVAC technician from Muncie, was working on the air conditioner inside the Chili's restaurant nextdoor when he captured the moment the building was destroyed on his cell phone.

"As soon as it was safe to do so, I ran out and there were people trapped in the bathrooms," he recalled. "Thankfully they were not hurt. So me and two or three other guys managed to get the door hinges off and pop the doors out to get everybody out."

Two of the people he helped save were Blake Pond and Hannah Harris.

"That was the scariest moment of my life, and I'm lucky to be alive today" Harris said.

"It was hellish," Mobley said. "It was scary. A lot worse than I thought it would be. You see it on the movies and you think, 'That's no big deal, just some stuff blowing around,' but I was scared."

Starbucks manager Angel Ramos instructed everyone to get in the bathrooms. He was not allowed to give an on-camera interview, but he probably saved some lives by following the plan to seek shelter.

We’re relieved to report that all partners & customers from our store in Kokomo, IN are safe. Our thoughts are with all those affected. ❤️